I was born an optimist. But something about getting older has sort of changed that. Not that my outlook for the future is grim, it's just that life is hard, and the realities of its struggles tends to take a toll. The prophet, President Russell M. Nelson described it as "The heart wrenching maze of our mortal experience." Which is beautiful and sad and true.

But the world is also full of good things. Some big and huge and wonderful and some small and silly and insignificant. My memory is bad. And what if, ten years from now, I have forgotten all of the small things?

Utah's Current Pandemic Situation is "Stay Home, Stay Safe", (which I think means "We're advising you to stay home, but we aren't going to enforce it.") but I have had my kids under a pretty strict lock down ever since the 12th. We are all pretty bored of staring at each other's faces by this point. We are all pretty bored of never going anywhere.

But the 1st was My Birthday! And one must have fun on one's birthday, even if one is stuck at home with the same silly goobers day after day.

Our tradition is always singing and presents with breakfast. We try to make breakfast kind of big and special, but Richard was feeling overwhelmed so we ordered breakfast from Denny's. They were offering free delivery, and their online ordering system is seriously the best online ordering system I have ever used. 45 minutes later someone left breakfast on our front porch and ran away. Honestly, what else could a girl ask for on her birthday? 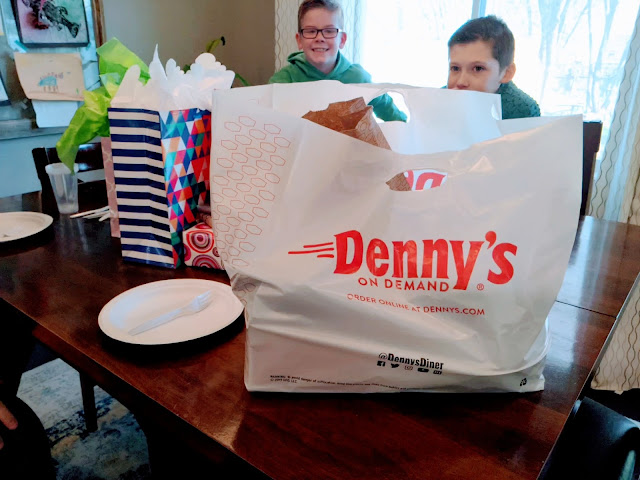 And then, Richard gave me The Murderbot Diaries: 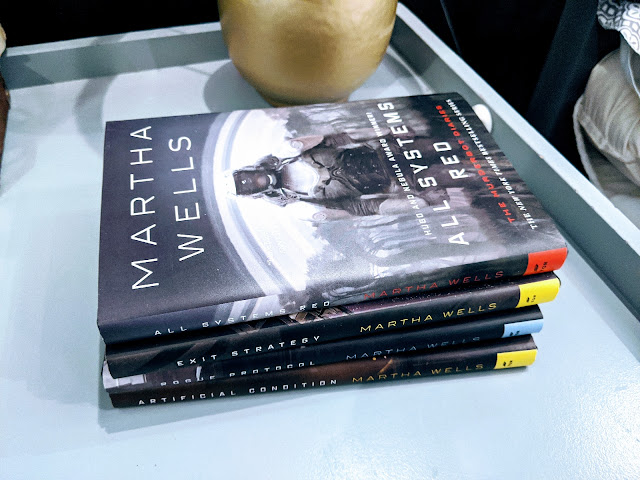 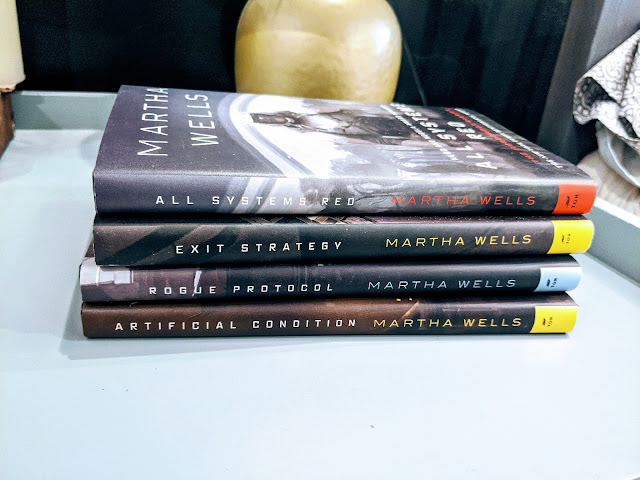 I've only read the first one so far. The kindle book is $3.99 I think. But the rest are $10.00, which I just thought was way too much for an e-novella. Turns out the hardbacks are about the same price, which feels better somehow and if my husband wants to give them to me for my birthday, I will happily devour them.

My boys each gave me a clay creation of their own. Introducing Pig and Pear! The crime fighting duo! 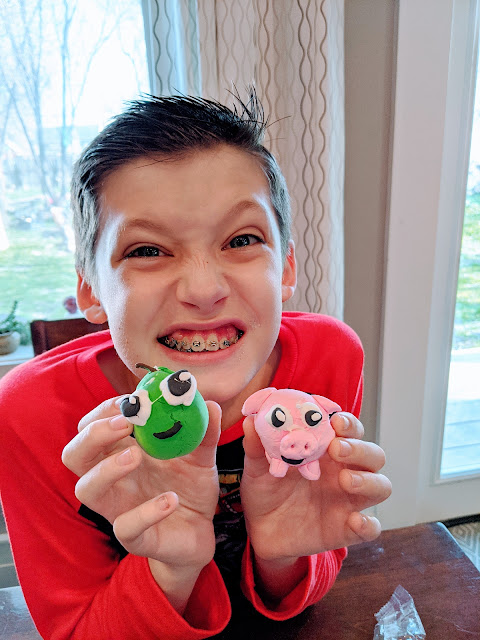 They are so cute I can't stand it.

And this kid made me, and I quote: "Something cool, with a hint of Colin." 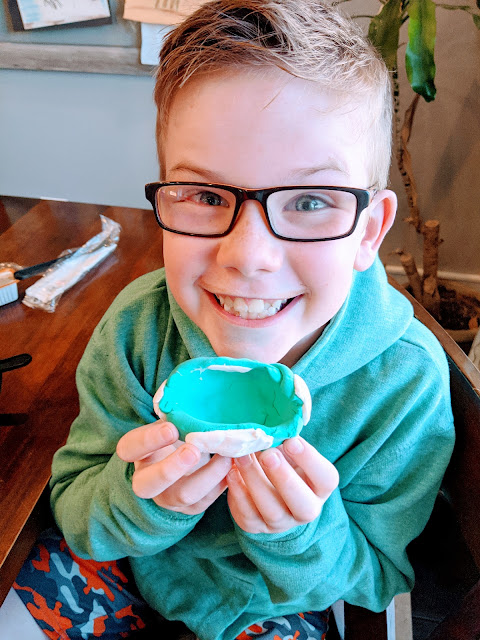 He also gave me a small sea shell, so I would have something to put in it.


In other news, yesterday I made THESE cinnamon rolls:
http://tacpaskett.blogspot.com/2014/01/1-hour-cinnamon-rolls.html

They were only supposed to take an hour, but I guess I am slow cuz it took more like 2 1/2 hours.
And the recipe was supposed to make 24 cinnamon rolls, half of which you can see here: 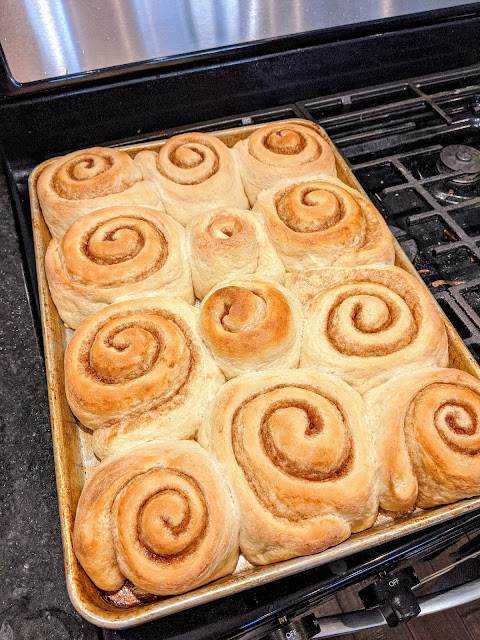 But that is only if you want cinnamon rolls the size of your face. 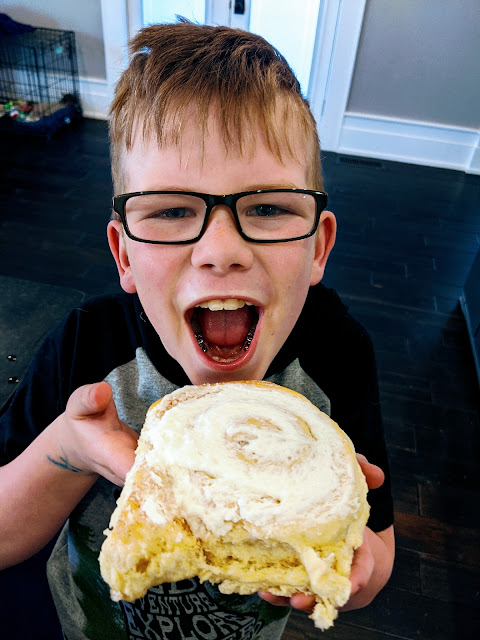 And, oh, I do. PLUS, I swapped out the oil for applesauce and so that giant thing is only 332 calories! (I am still wondering if I calculated that wrong. Could it really be 332 calories for a sweet roll that size??)

However, I decided that 24 face-sized cinnamon rolls was maybe more than the four of us could eat. So after making those 12 gargantuan cinnamon rolls, I took the other half of the dough and made all of this: 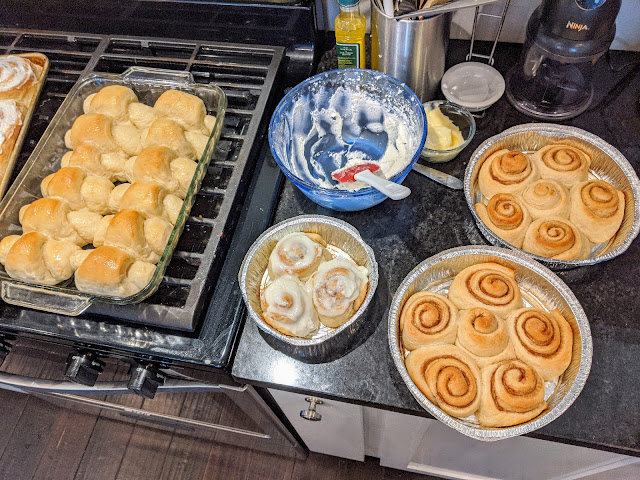 Incidentally, rolls made out of cinnamon roll dough are fine, but I prefer my rolls a little more salty and buttery.

Lastly, there is this, because pens make me happy. This picture here is like sticking a smiley face on the end of the post. 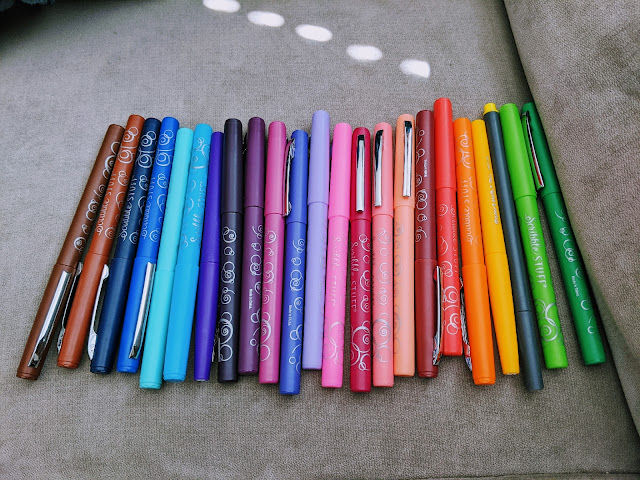