Happy Easter! It's Sunday, which means it is time for more good things!

The first and best thing of the week was that it was Spring Break, which means no school. And since I am now the teacher, that meant more to me this week than it ever has before. No School! For a whole week! Woohoo!!

Last Sunday we had a game night with my family over Zoom. We played, at my request, Star Wars Trivial Pursuit. 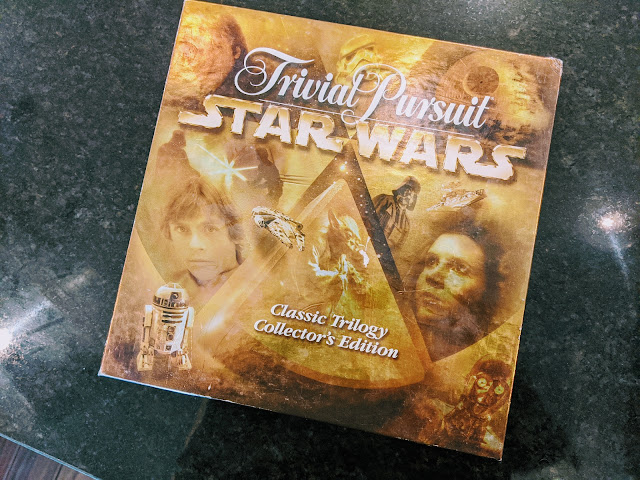 It was fun and awesome and wonderful, because not only could I play with my sisters who live in the same town as me, and my mom and nieces who live within driving distance, but also with my sister who lives in Maine, and my niece who lives in Oregon. We're finally getting the band back together!!

The problem was that we tried to use the board. We had one camera aimed constantly at the board, but it was still too small for most people to see what was going on. We'd roll the dice for them (which in this game means bopping R2D2 on the head, and he randomly generates a number) and then move their peice and then ask them the questions. But there were like 8 of us, so it took forever for everyone to take their turn. (the game only comes with 4 movers, so we had to make some out of LEGO minifigs.) 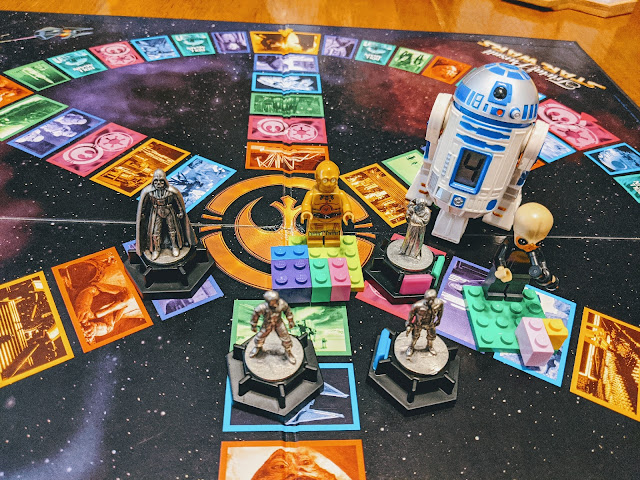 It would have worked much better to do just ask the questions and let anyone who knew the answer shout it out or something, and just skip the board altogether, but live and learn.


Since it was Spring Break and we were going absolutely bonkers trapped at home, we decided to go camping. We found this little canyon in Fountain Green with some really awesome hiking that we had almost totally to ourselves.

The boys spent a lot of time pretending to be lost in the mountains. It was thrilling for them, and they were always within eyesight and there was a small stream burbling by and it was gorgeous. 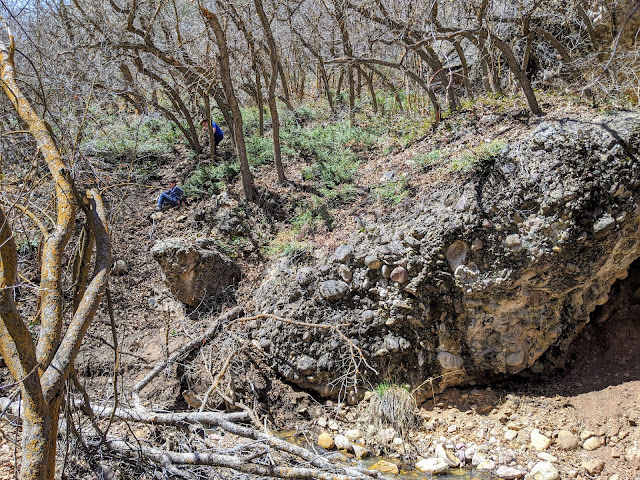 We hiked through this cool slot canyon, but the walls were unlike anything I've seen before. It wasn't like the red rock you see in Southern Utah. This was more like naturally occurring cement, with smaller rocks all stuck together forming the canyon walls. 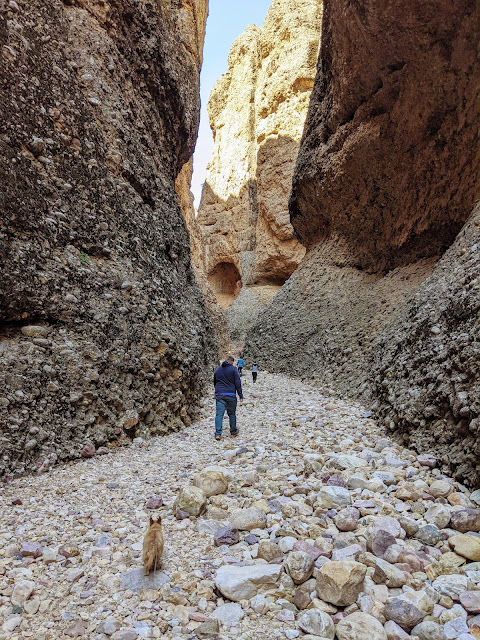 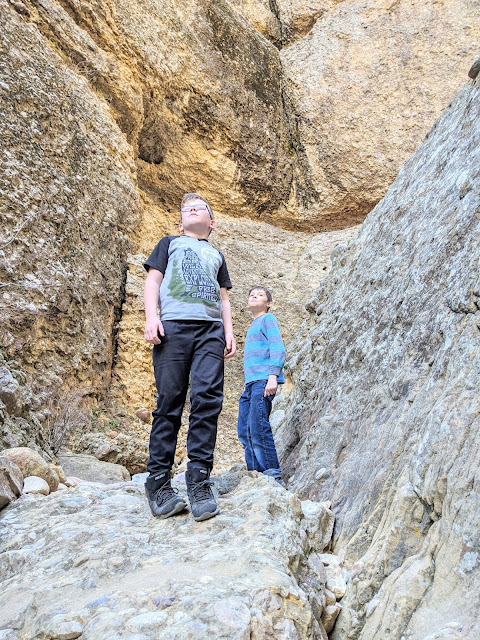 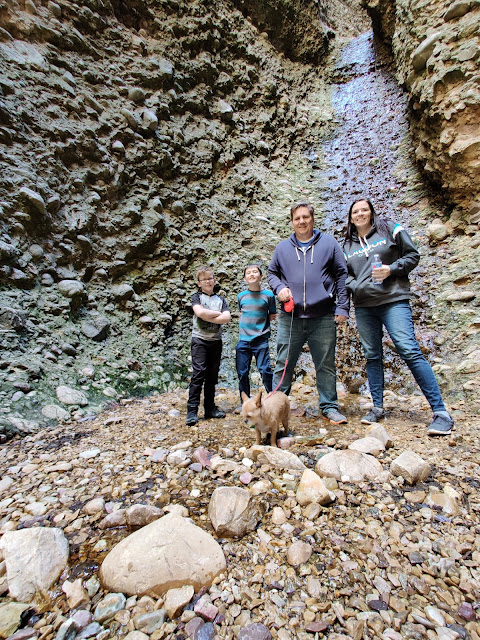 This was was far as we got. There was a rope, so we could have tried to climb straight up that waterfall behind us in the picture above, but maybe we'll save that next time.

Later in the week we got a drive-by visit from some family! 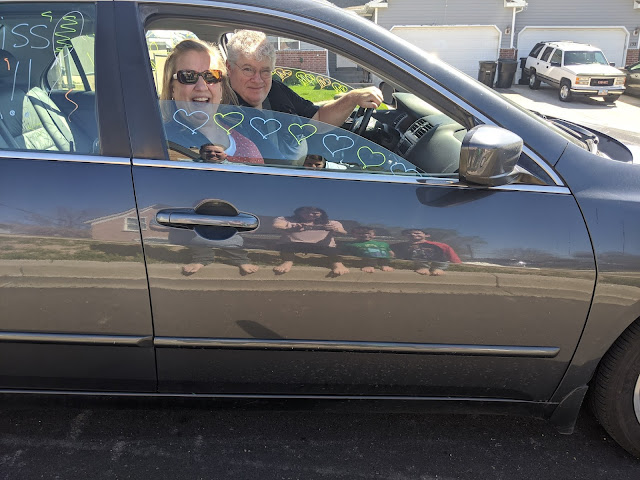 And the boys entertained themselves by laughing at their own reflections.

And yesterday I finished reading Cinder, by Marissa Meyer, a Cinderella retelling, wherein Cinderella is a Cyborg. Yep. It was every bit as awesome as it sounds. 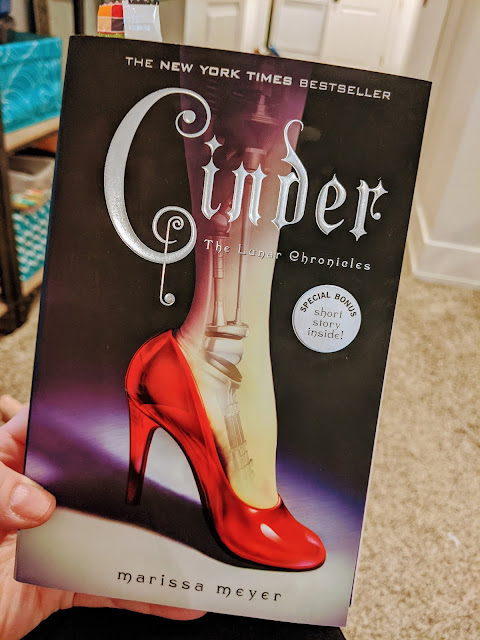 It is the first in a series, and is totally incomplete on its own, which usually makes me really mad. Well, it made me mad this time too, but I loved it so much that my only option was to buy the next book on Kindle and start reading it immediately!

And that's all folk! Tune in next week for more good things!
Labels: Books Family