Our 1968 Kit Companion is still technically not finished. Shocker. But it is 100% USABLE, and use it we have. Which is why they say "Done is better than Perfect." (or something. I usually tune out when they start talking.)

Here are a few more things we had to do before we could start hauling this bad boy around:

We put the siding back on. 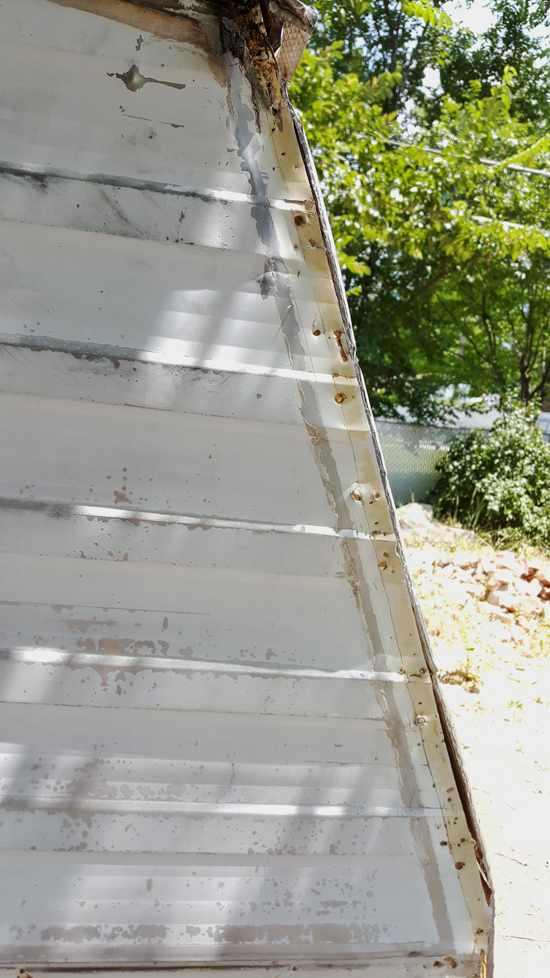 My, isn't it stunning? First we cleaned it off. A wire brush stuck in a cordless drill worked best. Then we cleaned off the J-Trim and put that on too. Don't forget to put the putty underneath! 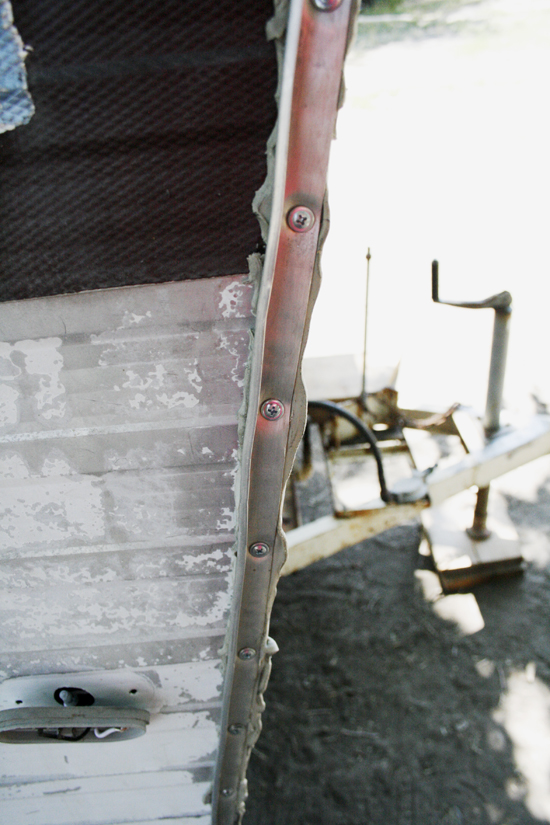 Is it a goopy mess? Then you know you've done your job!

We got all the lights working. Here is one with an LED bulb installed. 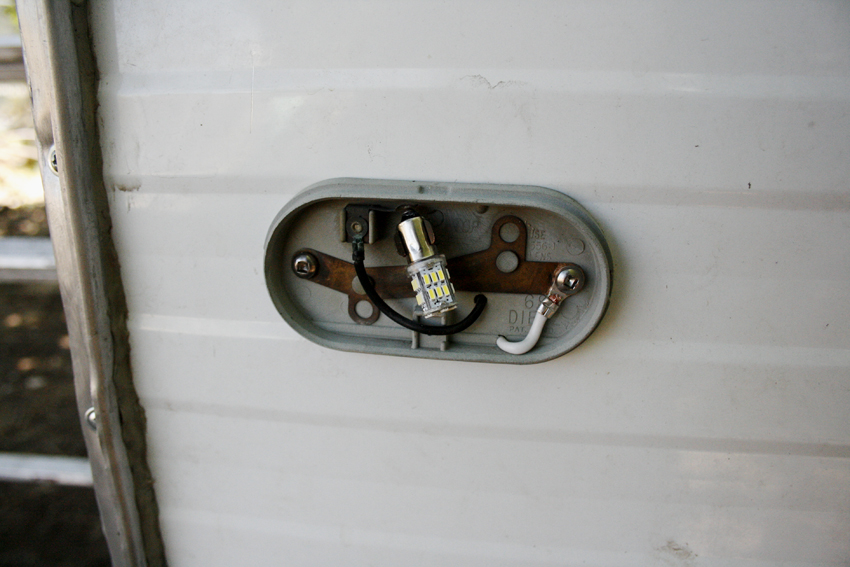 Before we put the windows in, they needed to be cleaned. Exhibit A: 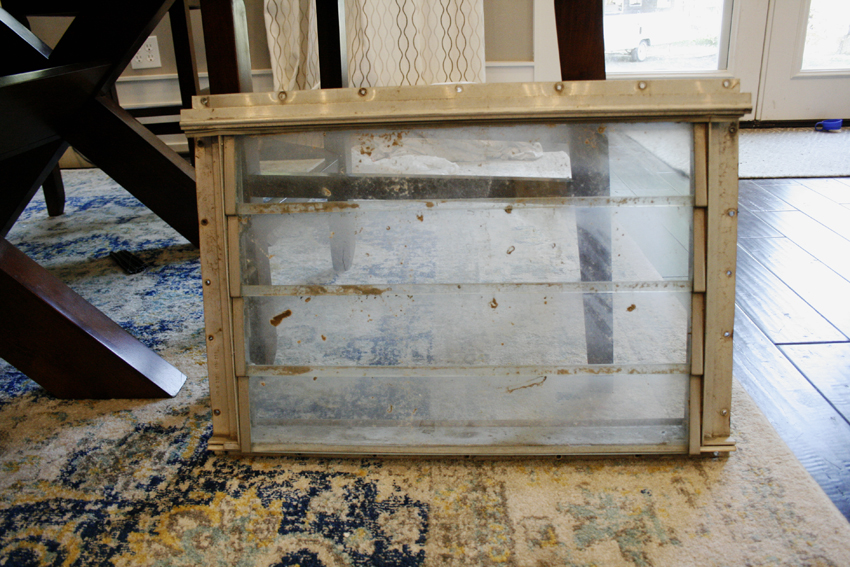 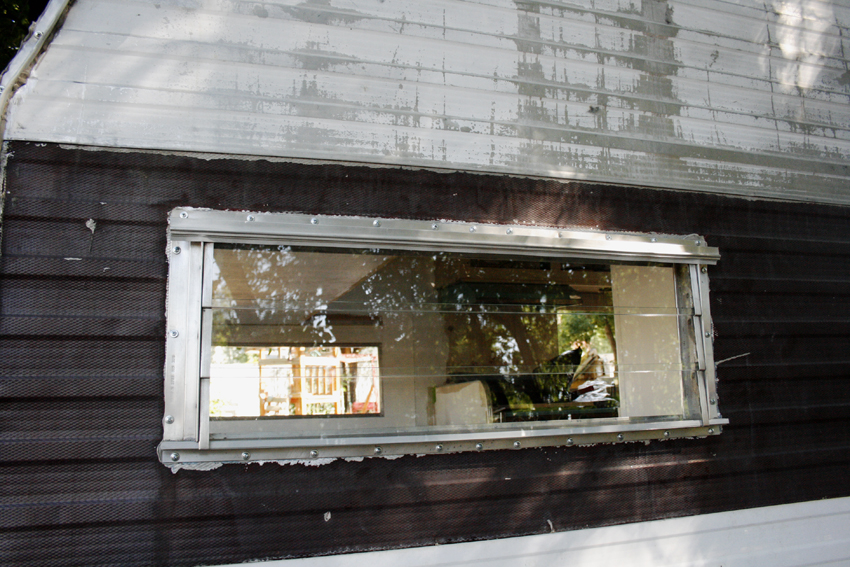 That's Better!
I replaced the lining in all of the drawers. And since I found $0.03 cents while I was at it, I'd say that was time well spent! 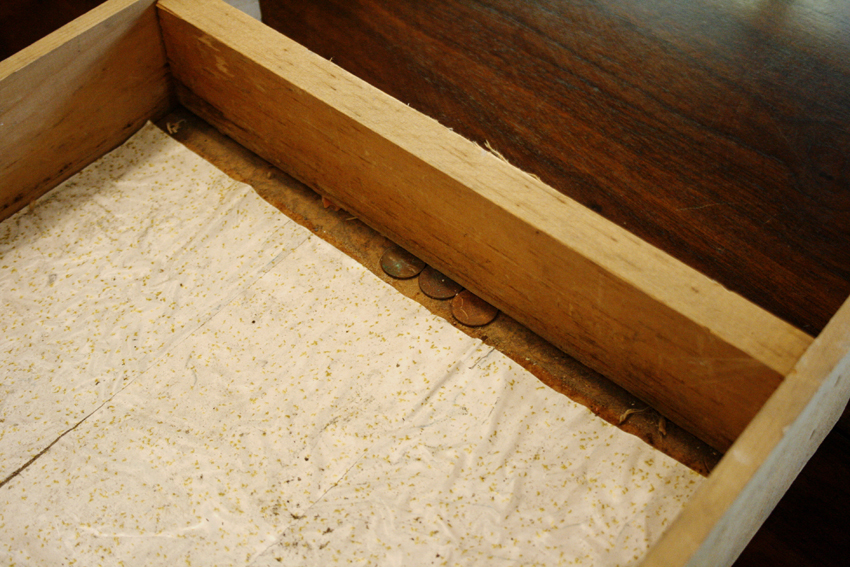 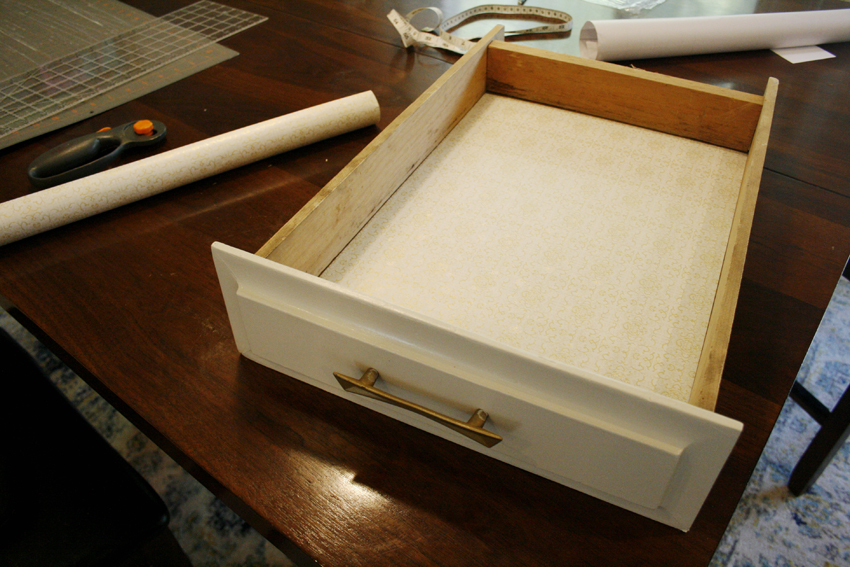 I also painted the entire interior of the trailer. But since I assume you are probably familiar with how painting works, I shan't be going into detail.

Last of all was upholstering the dinette benches. I got a bunch of color samples from DIYUpholsterySupply.com (I can't find their website anymore, so maybe they went out of business?) and picked some fabric that exactly matched the fridge and stove. 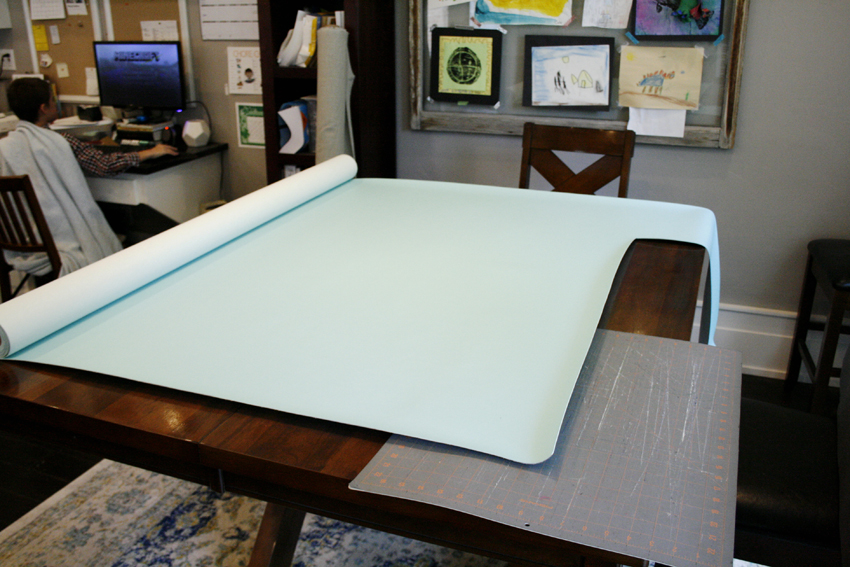 I wanted blue cushions with white piping and I watched a lot of videos online so that I could do it myself. But with the piping I was essentially trying to sew 4 layers of vinyl, and double that on the seams. And I broke my sewing machine. I loved that sewing machine. But I killed it dead.

So I found some local upholsterer and paid him to upholster the cushions. But here was the problem: though we had measured and cut the cushions to size, once they were upholstered they no longer fit in the dinette. They were too big to lay flat as a bed. That was really, really annoying, but I also wasn't impressed with the upholstery job the guy had done. The fabric was kind of baggy. The sewing was nothing to write home about.

So I unstitched everything and did it over. We trimmed the cushions again, leaving plenty of extra room for padding and upholstery. I got a new sewing machine. And by giving up on the white piping, there were few enough layers of fabric that I was able to sew it myself.

I wanted my cushions to be wrapped in batting before being upholstered. Batting gives them the nice, rounded, full look I like.
TIP: Remember to take your cushion measurements BEFORE wrapping them in batting.
This way the fabric is still nice and tight and the batting fills in any gaps inside just like ice cream does in a full stomach.

And that's all I've got for now. Tune in next time and I'll show you the "finished" travel trailer!