Much to tell.  I think the pictures can say it better than I, so I will be brief (Maybe.  You never can tell when I will start rambling, so stay alert).


Last Thursday, July 14th, Lani the Builder called and said, "I think we could get your driveway in this weekend."

Except we weren't actually READY for a driveway, so then things got a little crazy.  Lani came down and he and I tried to finalize the layout of the driveway; How wide, how long, etc.  One fun issue is that our Water Main (or Water Meter?  I don't even know what it is.) sits right where we wanted the driveway to go.  We tried to just move the driveway over, but there is some other water box on the other side.  The only solution for the Water Main problem was to put in some big fancy cone topped with a man-hole cover.  The cost to do that was about $1200.  We were going to just do it, but the cost for the driveway was adding up fast, so instead we decided to do this: 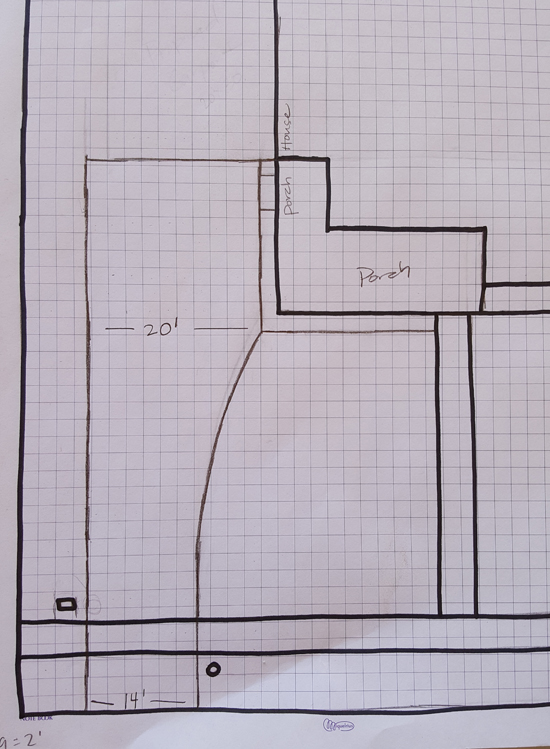 At least, Lani and I agreed that it would be a good idea. It would save us the cost of the cone, and save us some in concrete costs, since the driveway would be narrower most of the way.  However, I could not get in touch with Richard to confirm that he would be ok with it.

The other problem was this: 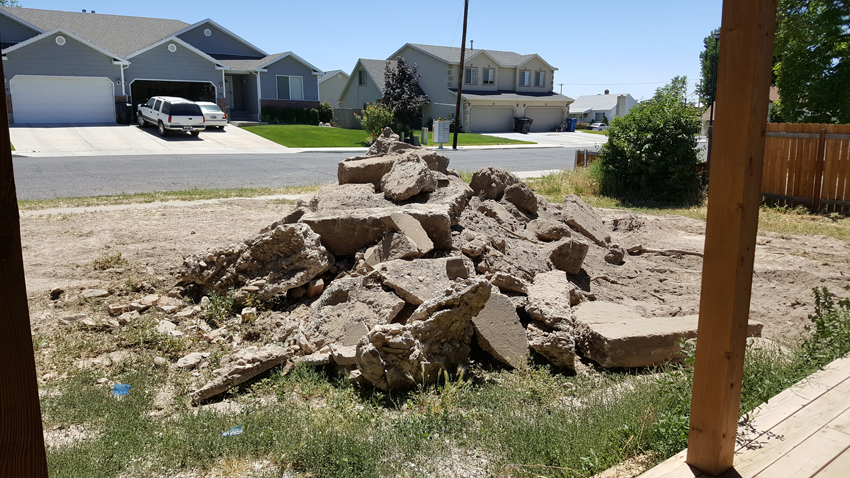 This is a big 'ol pile of concrete.  It is the concrete from our original front porch, and from the foundation of an old grainery in our backyard.  We had decided to pay a guy down the street to haul it away in his dump truck, but we hadn't done it yet, and somehow we were going to have to get it done before the day was through?  All I could do was ask, so I walked down to DumpTruck Guy's house (I'm sure that is what he likes to be called) and asked him what his schedule was like and wonder of wonders, he was free.  He said he could come over in about 30 minutes.  Luckily Richard called me back at that point and I told him he better come home.  That concrete wasn't going to load itself into a dump truck.

Is this story exciting?  Are you enjoying it?  Good, cuz I'm just getting started.  See?  Rambling!

Here we have a picture of Richard driving the Back Hoe, scooping up concrete and dumping it into the back of the dump truck.  It took us 3 trips to the dump.  Wanna guess how much all that concrete weighed? 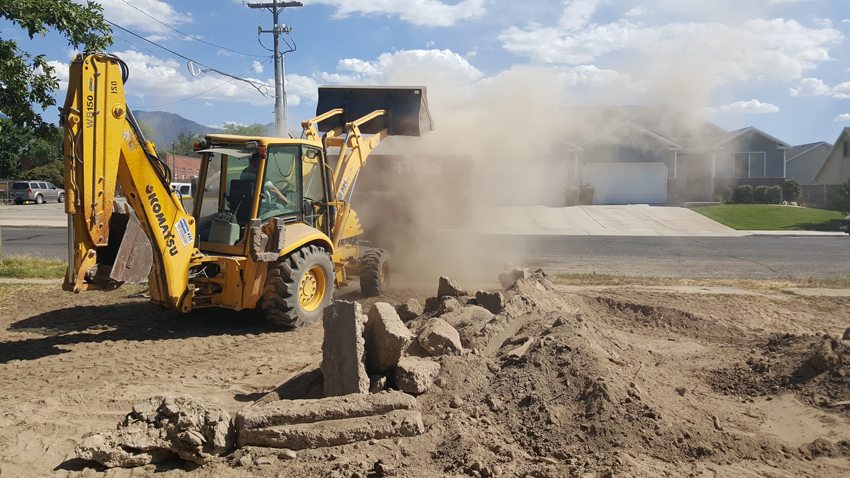 Ha!  Not even close!

Oh, now you aren't even trying.

I know I exaggerate a lot, and may say things that don't actually have any basis in reality, but not this time.  The total weight of everything we dumped was 24.78 tons.  Truly, the mind boggles.

While he was driving the Back Hoe around, Richard also approved my driveway design, so we contacted Lani the Builder and told him we were a Go.

While all this was happening, we also had a very large truck roll up and dump a huge pile of gravel next to our house. 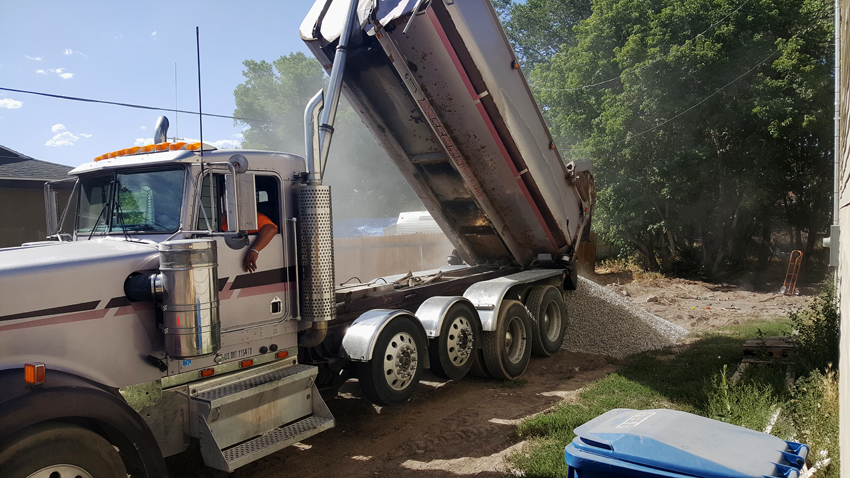 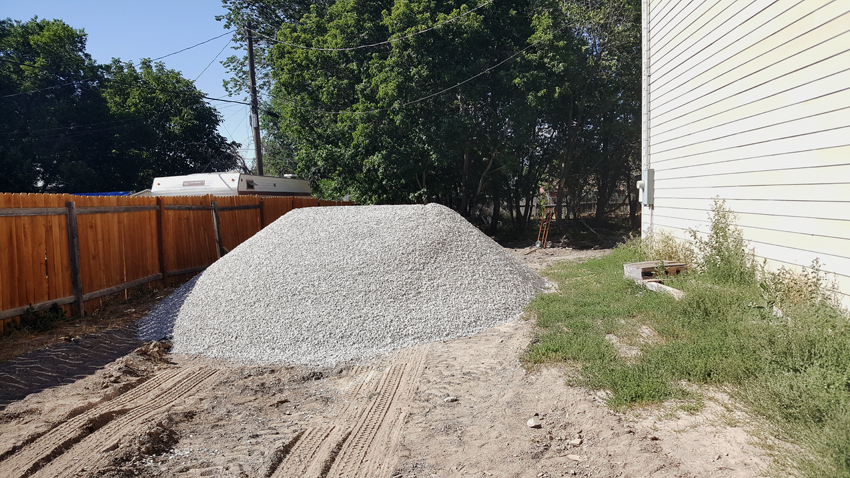 It seems sort of sad to have spent so much time hauling away what was basically large rocks, only to have them replaced with small rocks, but that was the way it had to be.

I have a vague feeling at this point that this story may not be as fascinating as I had originally thought, but I think it is too late to back out of it now.

So Friday Richard and Lani spent the day getting the area as driveway ready as possible.  First they had to pull up an old driveway approach, that was halfway between our lot and our neighbor's lot.  They wrapped a chain around it, hooked it to the Back Hoe, and lifted it up.  It took a few hours, and then what did we have?  Another pile of concrete! 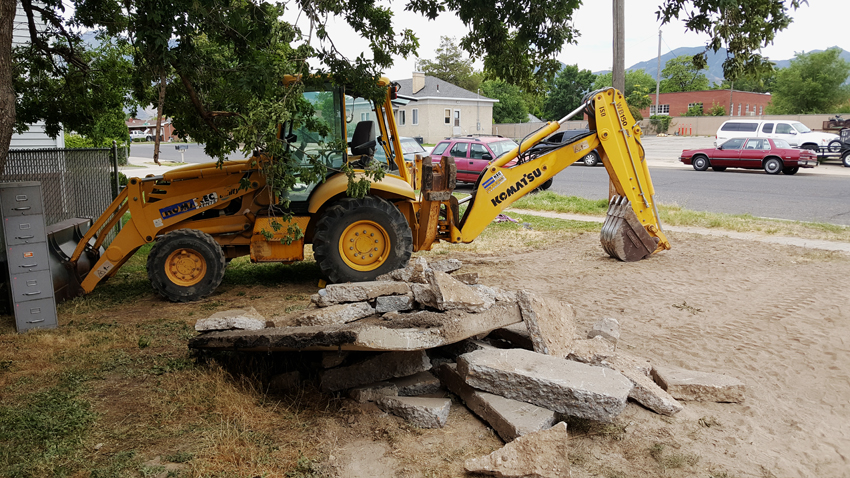 They spent the rest of the time marking out the boundaries of the driveway and the new sidewalk.  It was like 102 degrees.  Fun times were had by all.  But they had to finish, because people were coming to flatten and level out everything, and then add the gravel.  They were supposed to get there for final driveway prep at 3:00pm.  They finally got there at 8:30pm. 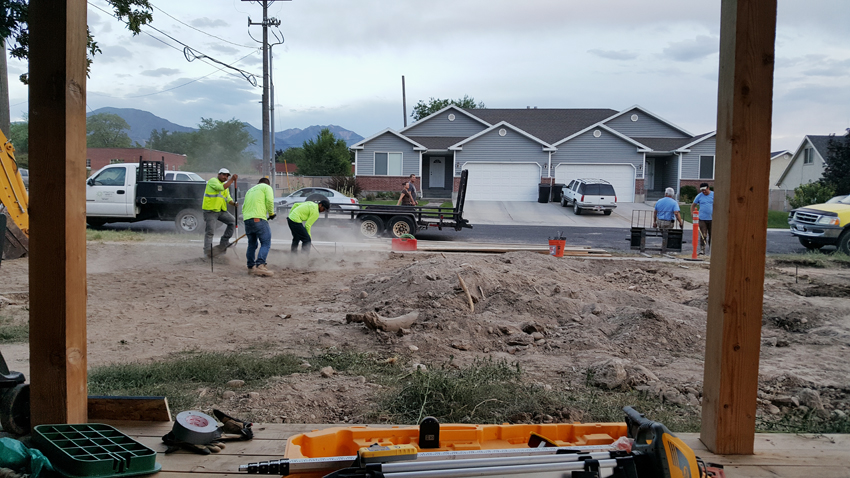 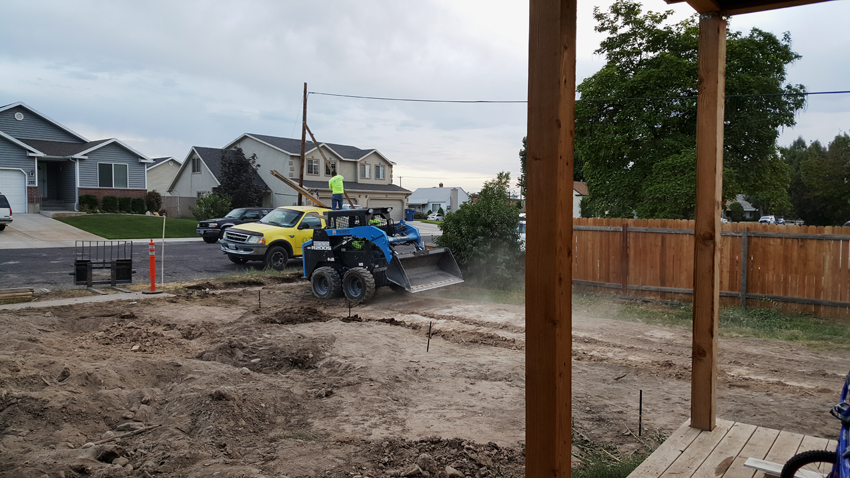 It was late and they had to do some work in the dark, but they didn't have much choice because the concrete was scheduled to be delivered at 6:00 am the next morning.

And it arrived, just like it was supposed to!  We spent the morning sitting on on the porch, eating doughnuts and watching the concrete workers like it was paid entertainment. 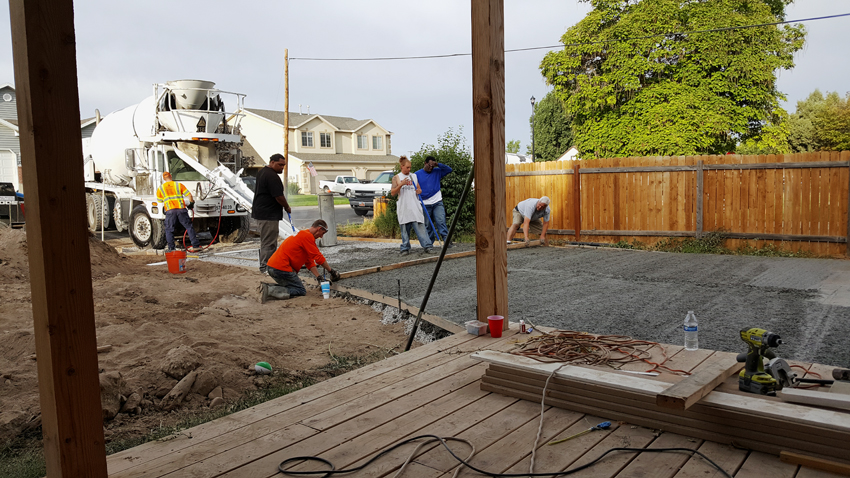 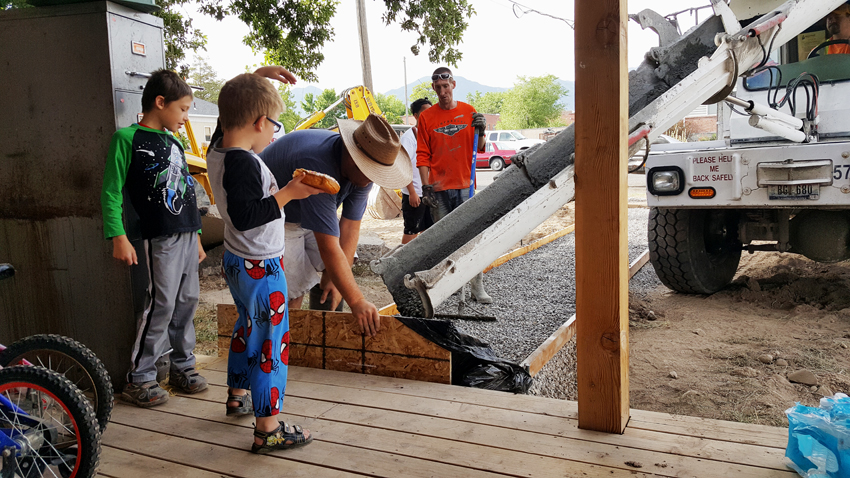 The filing cabinets enjoyed the show too, as you can see.
And guess what we got to do today? 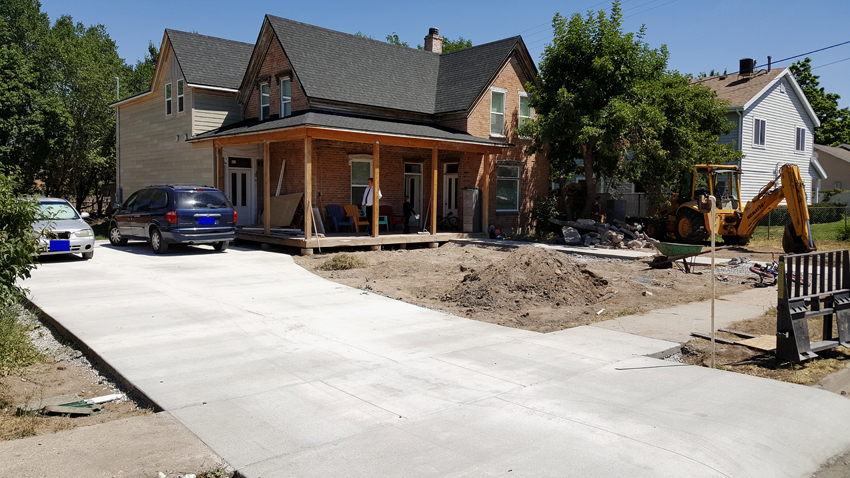 Park in our driveway.  For the first time in 12 years.

Does life get any more exciting than this?