Those were song lyrics.  I realize now that it might not have been all that obvious.

It has been a long time coming with plenty of bumps and stops along the way but The Roof Is Finally Finished. 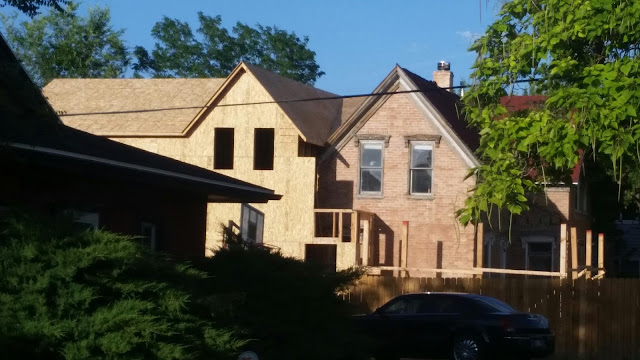 If you look close at the above picture you can barely see the cricket on the roof. No, not a little chirping bug. Remember boys and girls, a cricket  is the transition from one roof area to another, designed to divert water.

Below we have the house's backside.  Classy as usual.  It seems to have a bit of toilet paper stuck to it. So embarassing. 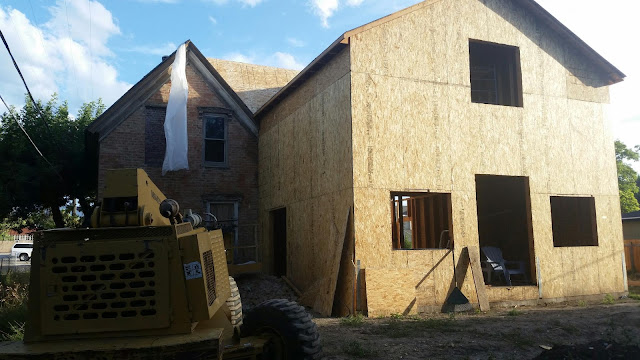 Here's the view up inside the gable. I think it's a gable. I don't know, Roofs have a lot of parts. 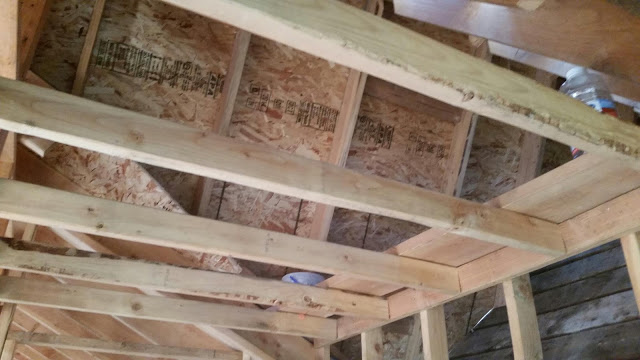 See this bit of roofing in the picture below? Notice how the pitch on the right and left hand side are not the same? That is one of the things we really wanted to avoid, but eventually we just had to give up and accept it. 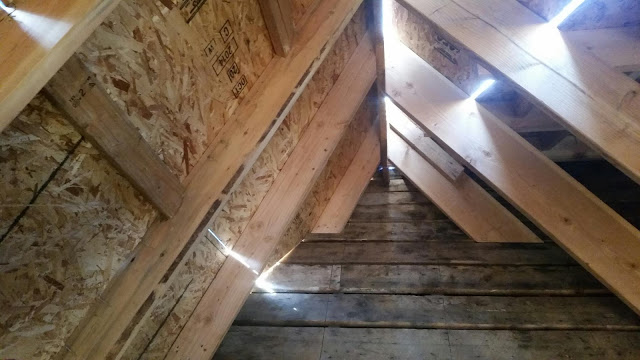 And there you have it. A totally completed roof.  And as I understand it, as soon as the roof is covered with at least paper (that being the tar paper that goes under shingles) then the Heating and Air conditioning guy can come and start running vents.  But now the builder is at scout camp for the rest of the week.  Darn these Mormons and their busy schedules!  BUT, I think he has already ordered the windows, AND he asked us what color shingles we wanted.  So, things are happening, whether we can see it or not.
Labels: Remodeling