The Death of a Spider

Any of you who "Would Not Hurt A Fly" should probably just turn around and leave right now.  The contents of this post are extremely violent and may offend those of a gentle nature.  Because I had to turn the water back off which meant climbing back down into the hole under the house with the spiders and this time I was armed.  This time I brought a Blow Torch. 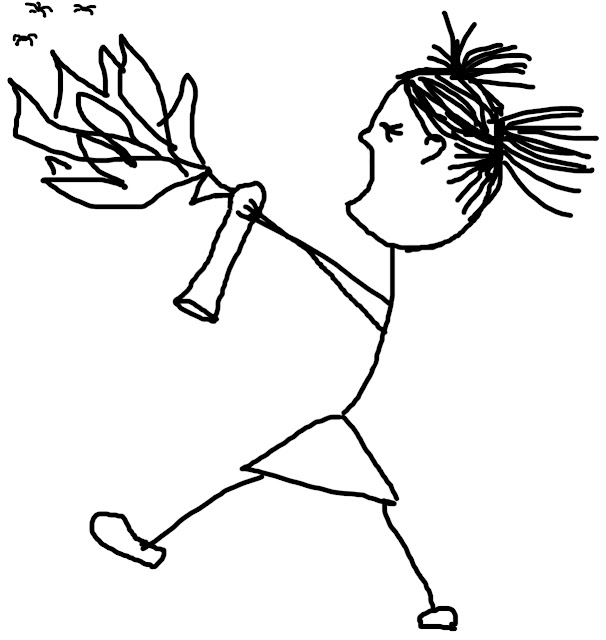 They call me The Spider Slayer.  Qait would draw it better.

Daddy Long Legs are naturally camouflaged to blend in with their webby surroundings which makes it impossible to distinguish spider from web.  So I burnt it all with extreme prejudice.  I could tell when I got a spider though.  Did you know that spiders spark when you light them on fire? It is kind of awesome.  And then I found some big spiders.  A bunch of them, over in the corner.  And they didn't just spark when I hit them, they made an audible popping sound.  Which was satisfying in a kind of evil way.  And scary way.  The noisier my massacre got, the more scared I was of retribution.  I kept imagining Shelob  climbing out from under the house to get me.  Maybe it was guilt.  All I know is the more I killed the more anxious I was to run away.  So I did.  I had barely begun my Arachnid Armageddon, but I felt the wrath of the Spider Lords building against me and I climbed back out of that hole as fast as I could.  I still sort of expect them to come for me in the night to get their revenge.  I mostly deserve it, don't I?

Anyhoo, here is how my bathroom looks now: 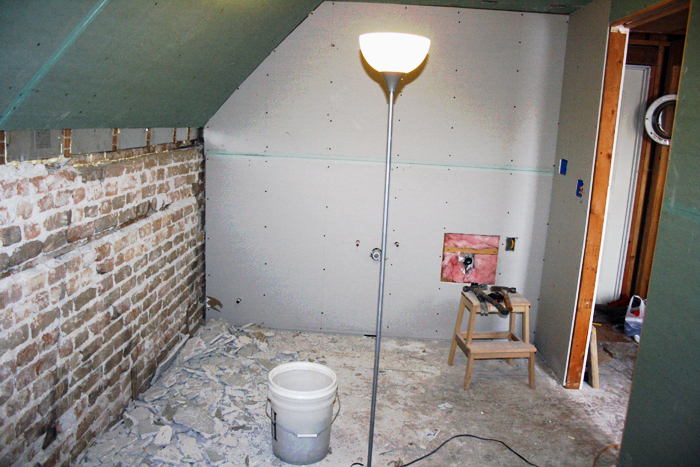 Instead of patching the plaster which takes forever and is not fun, we knocked all the plaster off the wall so that we can put up drywall.  Richard says first we need to put up furring strips.  I'm guessing he just made that word up.  But we've got to put up something so that the drywall will have something even and level to screw into which the bricks are not.


Oh, wait, I know why it is the hardest.  Because there is a TOILET IN MY BEDROOM. You think my room was bad before, you should see it now.  It is stuffed with power tools and huge tracks of insulation.  I have got to get this bathroom done or I might have to set all my stuff on fire!