The Frosting of Youth

I woke up today determined not to eat any sugar.  Later, I made some butter-cream frosting.  Just for fun.  I had some graham crackers and needed something to spread on them. 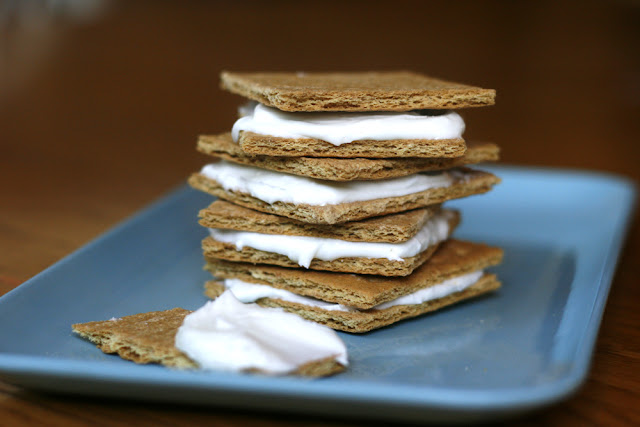 Then I just took a few pictures and didn't eat a bite.  Because I've got loads and loads of self control.  Like one time, I made a couple batches of cookies and after cooking just a dozen or so, carefully molded the rest into big fat snakes, wrapped them with plastic wrap and then froze them so that I could easily slice off little frozen discs of cookie dough and bake up some cookies in an instant.  I then proceeded to eat all the frozen cookie dough over the course of about 16 hours.  So, yeah.  Self Control.

Every time I make frosting I think of my husband, and what a disappointment I must be to him.  He loves frosting.  He won't eat cake without it.  WILL NOT.  He believes it should be generously applied and abundantly dispersed.  Or something.  But he is also particular about his frosting.  Not just any old frosting will do.    Ever since we got married I've been trying to make frosting just the way he likes it.  I tried every recipe I could find but still they weren't "sweet enough to make him want to barf" which is the number one criteria.  So I kept trying and added more and more sugar until I wanted to barf, but when he told me it wasn't "grainy" enough, I realized that what he wants isn't delicious frosting.  What he wants is to travel back in time.  To a birthday party he went to when he was nine and he ate so much birthday cake with crappy frosting on it that he almost did throw up and had absolutely the best time of his life.

So I can't really recreate that.  No frosting tastes as good as your childhood.  There is no recipe for recapturing your youth.

And that is just gonna have to be ok.  My frosting will never taste like that frosting in his memory.  For which I am grateful. It sounds super gross.  So if making the frosting of my husband's dreams is the one thing I simply cannot do, then I can live with that.    And I'll just have to eat today's bowl of frosting by myself.
Labels: Food Thoughts