Life went on, as it always does. 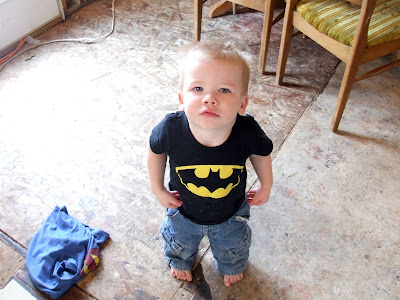 And then we had Valentine's Day.  Harrison gave out smarties disguised as sticks of dynamite. 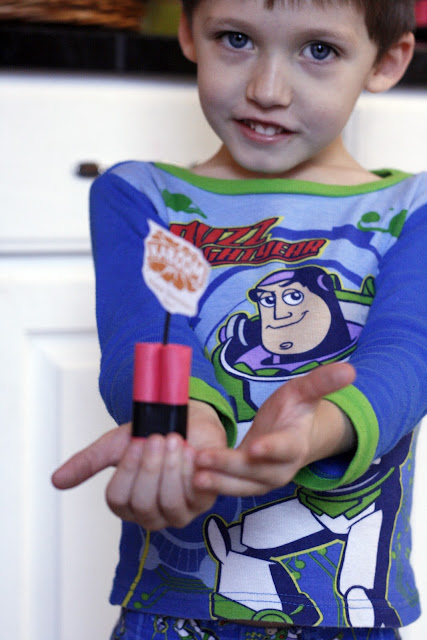 And he wanted to dress nice, so I let him. 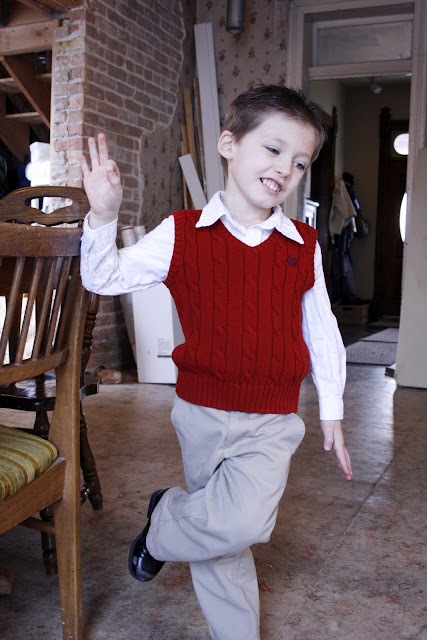 He would happily wear his suit to school everyday if I would let him, but I don't.

Later, Indiana Jones Stopped by for a visit: 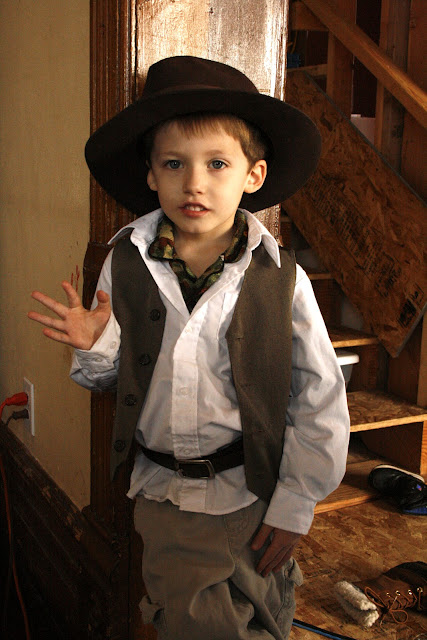 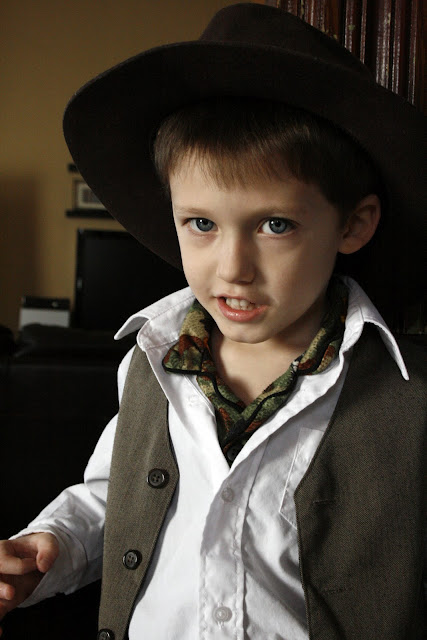 And then Colin's hand turned into a shoe: 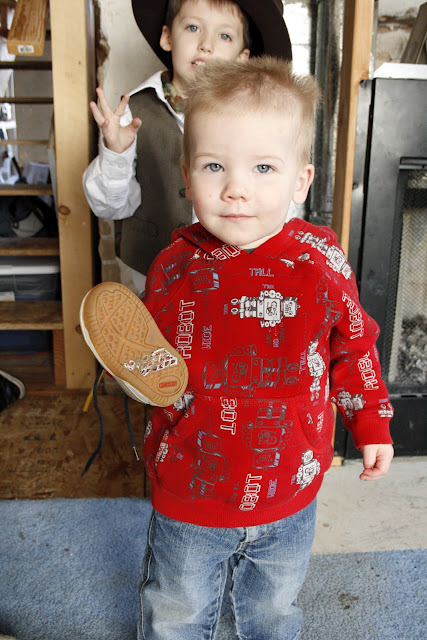 Harrison stuck a hat on top of the vacuum and told me it was his friend.  Here are the two chums together: 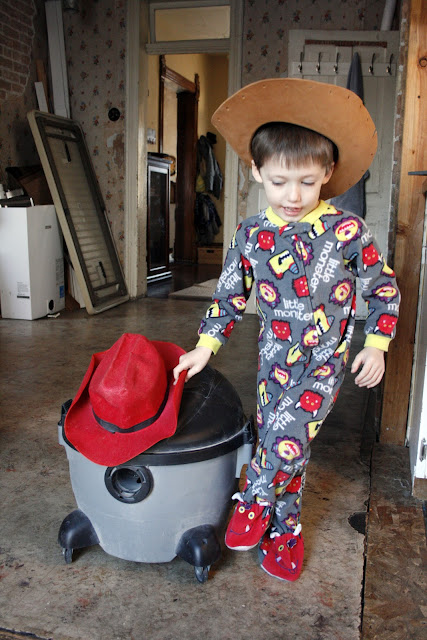 Colin likes to hold things.  He is always carrying toys and books downstairs that belong upstairs, and carrying dishes that belong downstairs upstairs and he almost always has something in his hands.  The sadder he is, the more he likes to carry.  Last time he was sick, he walked around like this most of the day: 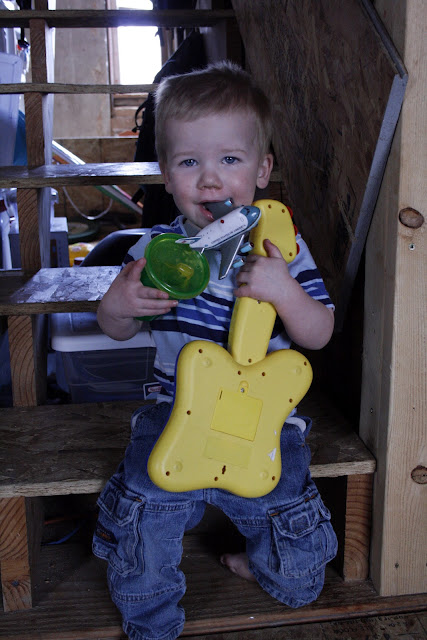 He likes to have the following conversations with me:
Colin: Daddy.
Me: Where is Daddy?
Colin: I don't know. (which sounds like one word "Ieeknow")
Me: He's at work!

And then we do it again and again and again.  It is usually accompanied by lots of giggling.  And sometimes after a while Harrison will holler from the other room, "He's at work!"

The other day Harrison came up to me carrying an armload of socks, and suddenly threw them up in the air, shouting, "Hooray for socks!"

I asked him where he gets that stuff, and he said, "Jesus."
Labels: Family