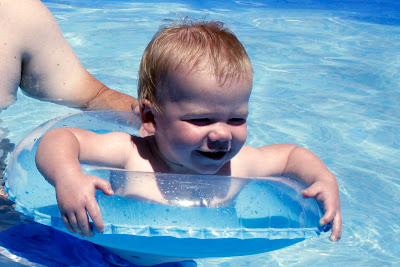 Which BOTH the boys loved. 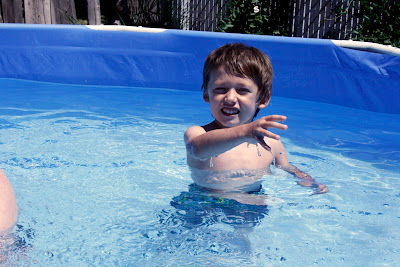 On July 24th we went to the Parade. 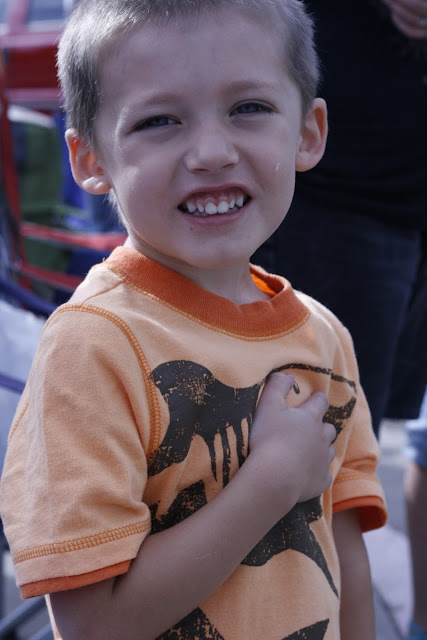 Colin spent most of the time trying to run out into the street. 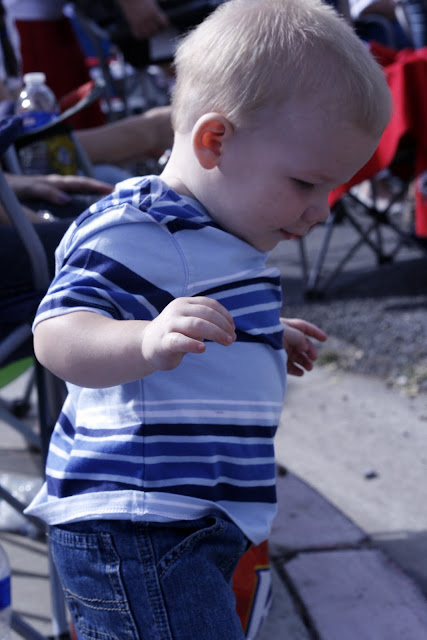 In August Colin discovered the joys of eating with a spoon.  He thinks he is so big! 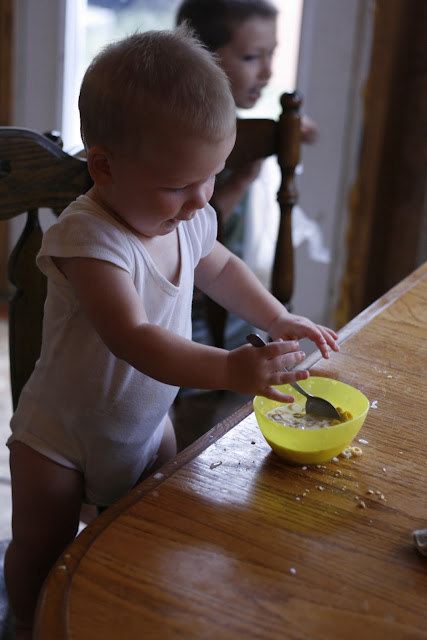 Harrison decided to help him out by keeping his cereal bowl fully stocked. 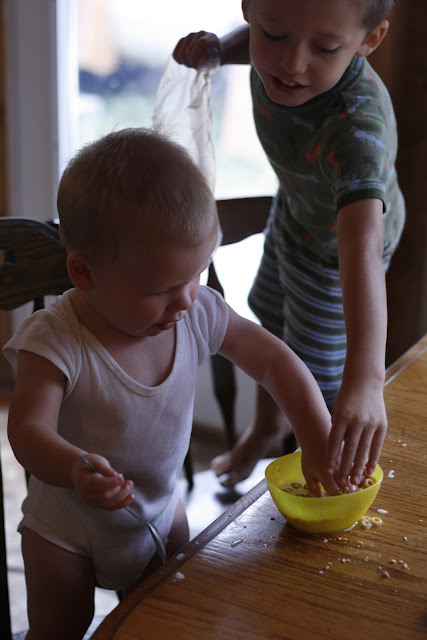 Also in August, Colin learned how to shoot. 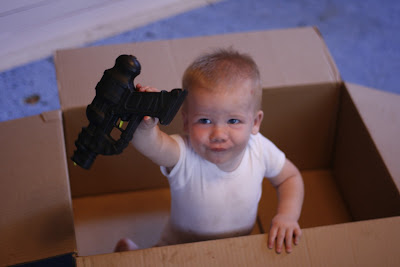 He will point just about anything at you and say "Ppffft."

On August 15th, a stranger walked into my house: 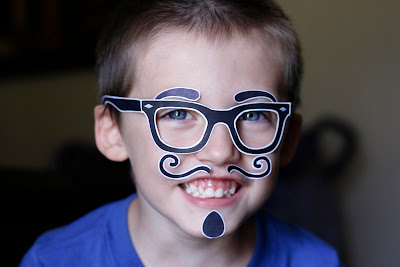 Only once he removed his disquise did I realize it was Harrison!    Anybody want to guess how Colin felt about seeing Harrison in disguise? 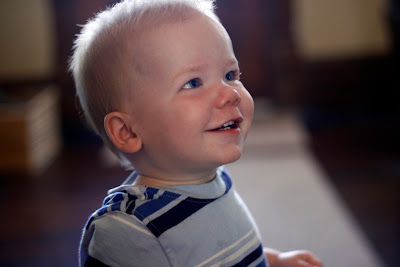 And THEN, on the 18th, Colin spent the day carrying around the iron. 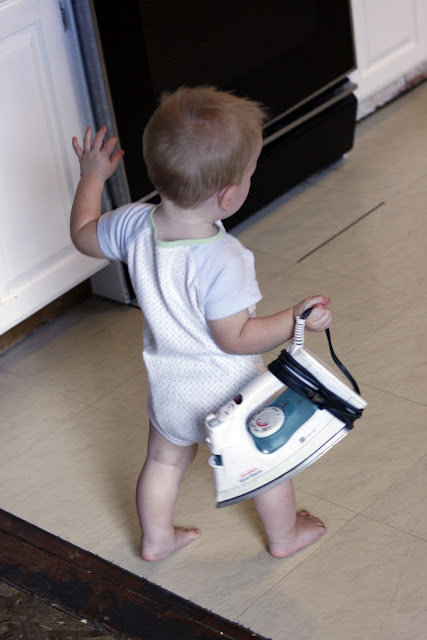 I tried to get him to iron some clothes, but he was too busy.

On 8/22/11 Harrison decided it would be High-Larious if he put on Colin's overalls. 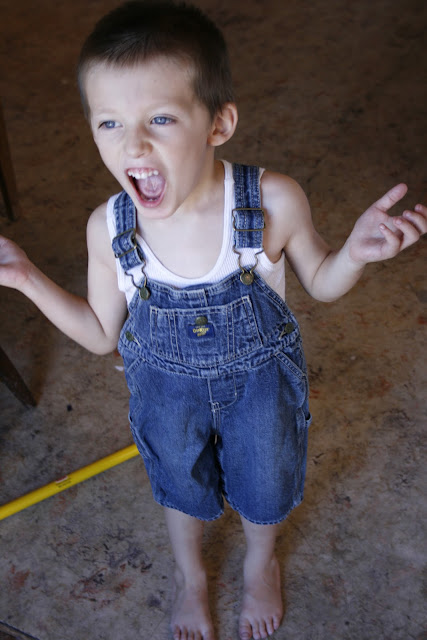 Oh, and THEN, the other day Harrison and I were playing with Legos at the table and Harrison dropped one on the floor.  He really wanted ME to pick it back up for him, but I told him he really needed to pick it up himself.  So he grabbed some legos in each hand and said, "I can't.  I'm holding these things."

I laughed for about 10 minutes.  Jack Handy would be so proud.

To me, it’s a good idea to always carry two sacks of something when you walk around. That way, if anybody says, “Hey, can you give me a hand?”, you can say, “Sorry, got these sacks.”