Colin is almost 1.  And he is the climbingest baby in the world.  He tries to climb on everything, and manages to climb onto most of it.  He just thinks he is so darn big. Trying to do the dishes while he is awake is almost impossible. 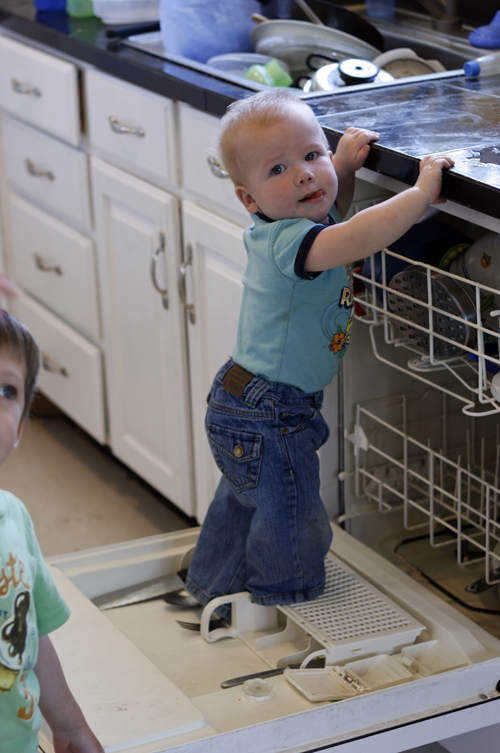 What makes him mad are the things he can't do.  Things he can't climb onto, or tiny spaces he can't squeeze his head through make him furious!  Cabinets he can't open, things he can't reach, and icecream that is not put into his mouth fill him with righteous anger! He spent most of the morning playing with a 5 pound weight and he was so frustrated that he couldn't pick it up.    He is totally, unflaggingly determined and will keep on trying to climb onto my desk no matter how many times I stop him, move him and tell him no.  Though he stills cries like his heart is broken every single time I say it.

AND, on Thursday, he took 6 steps!    Hooray!  He is not very interested in falling down, so he is not much of a risk taker (when it comes to walking), but if I can distract him or trick him I can get him to walk without realizing it. 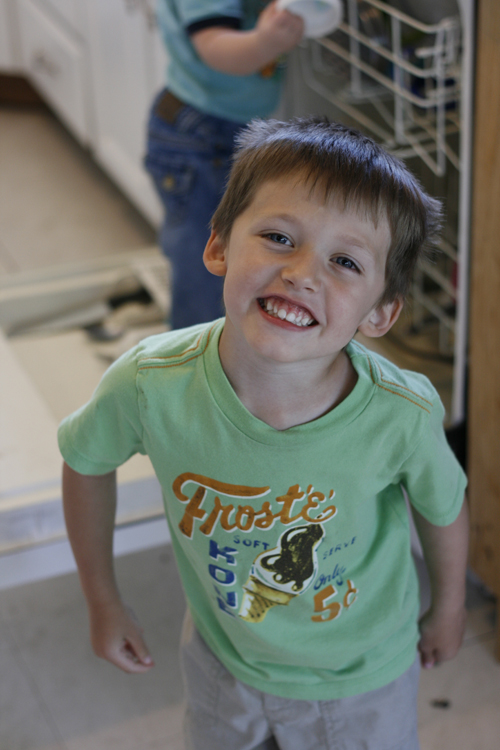 Ha ha ha!  I've got his number and he doesn't even know it!
Labels: Family