A Little Bit of Harrison

Sometimes Harrison turns into a statue: 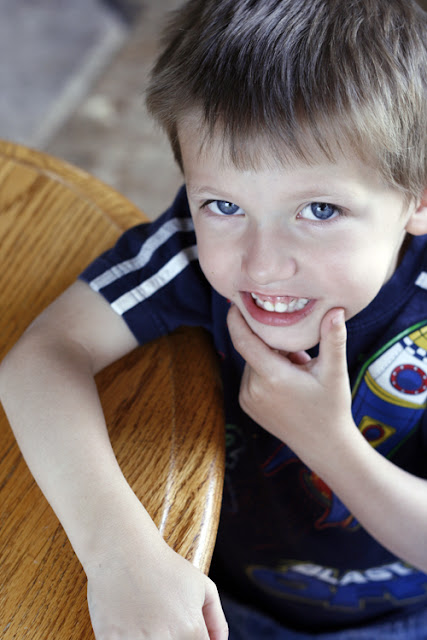 The first time it happened he came up to me, made this pose, and said, "I'm as hard as a rock!"  I laughed for about 10 minutes. 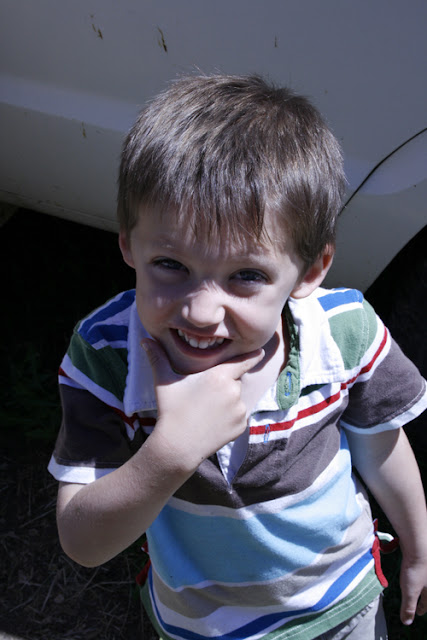 
Suddenly, Harrison likes to draw.  Especially on a white board.  Those are just fun.  Here are a few of his beauties: 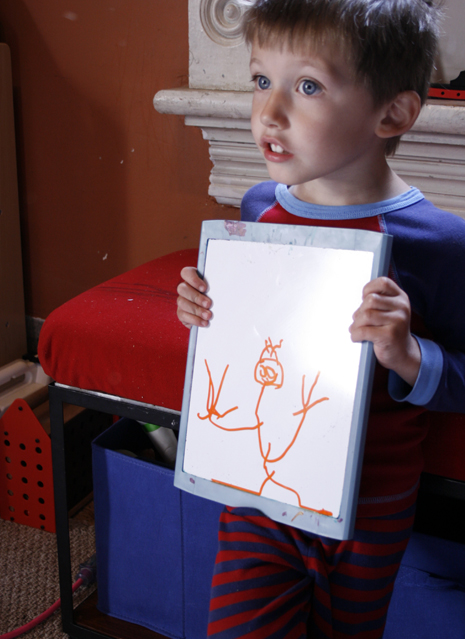 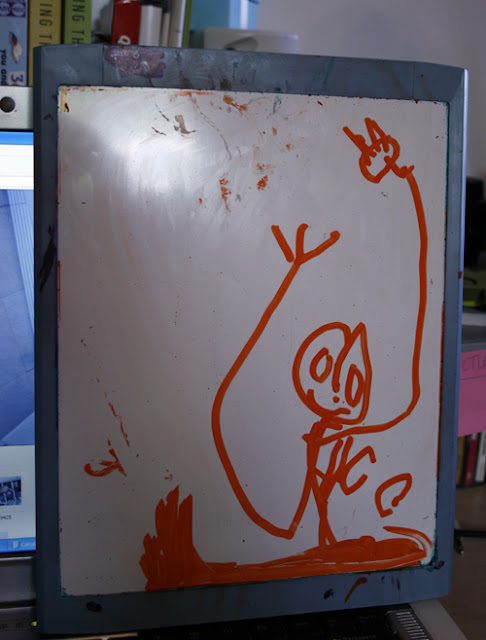 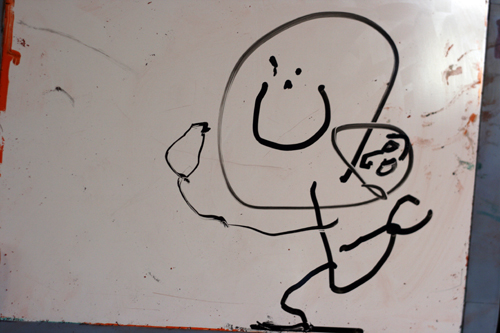 A few days ago I was putting some makeup on, (a little foundation) and Harrison said he wanted some.  I told him that makeup is only for girls because girls use makeup to make them look pretty, but boys are already handsome, so they don't need it.  (I know.  Some feminist's heads are probably exploding at that.)  but he said "I need some.  I'm not fancy enough." So I put the tiniest amount on each side of his nose, as indicated, and he said.  "Now I'm handsome.  Thanks"  And walked away.
Labels: Family