Sometimes We Go Outside

On Wednesday we spent some time outside, which was Colin's first real playing-in-the-dirt day of his life. 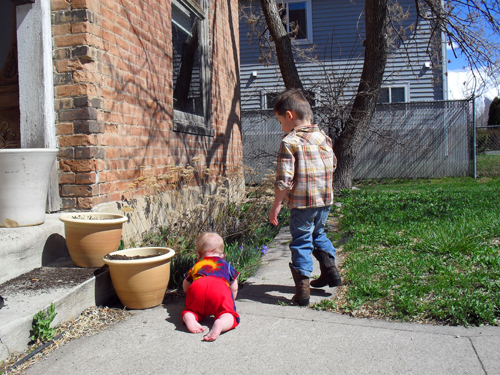 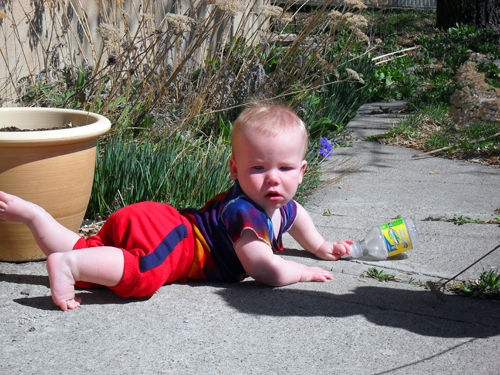 Harrison's favorite thing to wear lately is anything that makes him look like a cowboy.  Put a button up shirt on him and he asks for blue jeans, his boot and his hat and he'll wear them everywhere. 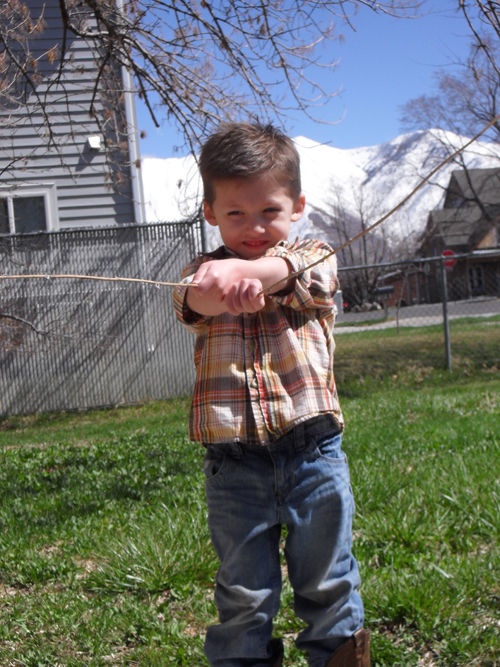 Except in that picture, I guess.  But we had a great time.  The sun was warm, the breeze was cool.  Harrison spent his time making X's out of the weeds I was pulling out of my garden, and hanging them on the trees, and running laps around the house.

Colin crawled up the steps over and over, felt the "grass" between his toes, and had his first real taste of dirt. 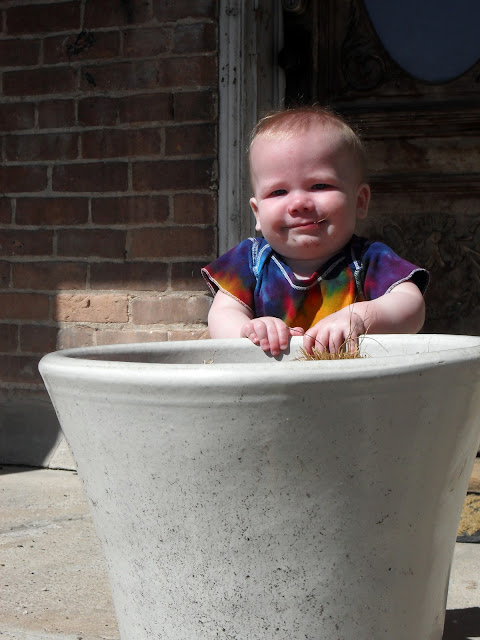 And I'm pretty sure he was pooping when I took that picture.
Labels: Family