March? Where did YOU come from?

Posting once a month is really pretty good, considering how hard it is for me to find time to do dishes lately.  Babies take up a lot of time and energy.  But babies and 4 year olds?  I barely have time to breathe, let alone blog.  Or shower.  My poor husband.  I really do stink.

But let's see.  A few weeks ago Harrison and Colin went Canoeing. 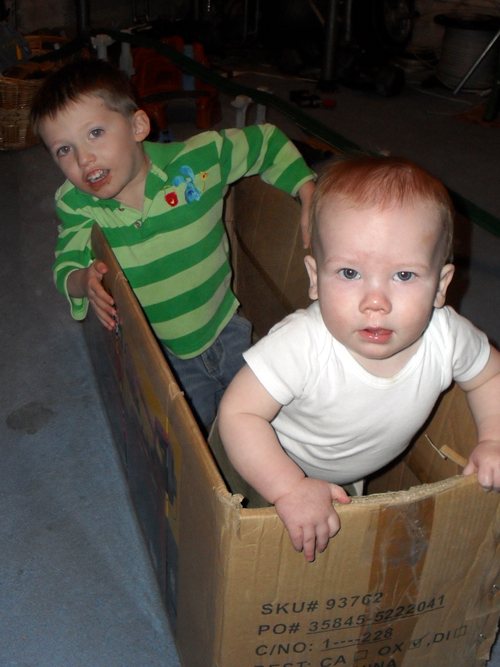 They had a few differences of opinion regarding technique and navigation 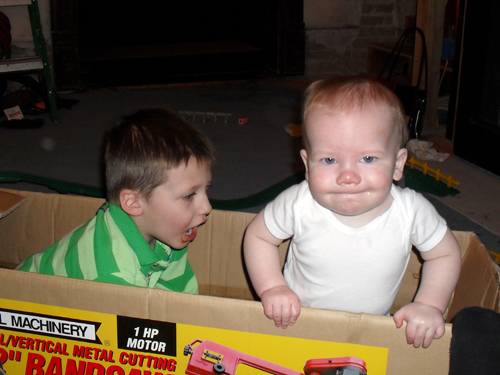 but I think they managed to put them aside and work together in the end. 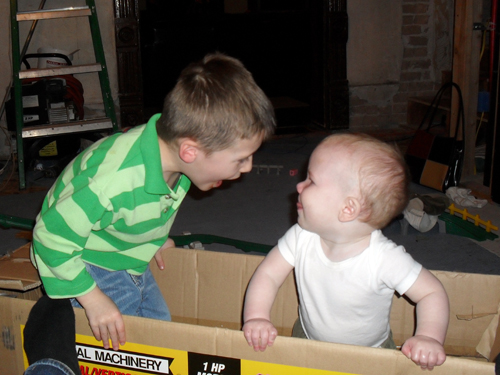 I had to hurry and catch this picture of his two bottom teeth because his two top teeth were about to pop through.  He's sporting 4 tiny teeth right now, with two more top teeth on the way.

But I was saying.  He's nine months old.   That is very big.  He is very big.  He LOVES solid food and will eat anything I put within his reach.  His favorite way to eat is to suck on something for a while, spit it out into his hand, put it back into his mouth and repeat.  Ramen Noodles work the best because he doesn't even have to let go.

He keeps on standing up next to anything that will keep still long enough for him to hold on to it.  And he falls down a lot.  But that doesn't stop him.  He just keeps standing up.  AND he has figured out how to crawl up stairs.  Which is really fantastic.

He is 27.5 inches tall and weighs 18 lbs, 14 oz.  That puts him in the 25th percentile for height and weight.  His head, however, is in the 60th percentile.  Which explains why he spends so much time on his face.  That thing must weigh a ton. 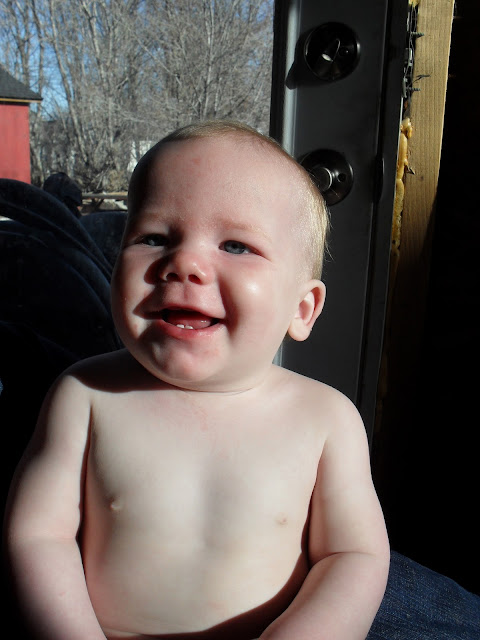 He has also started clapping and now he throws a tiny tantrum when I take something away from him. Pretty soon he's going to be running everywhere and wrestling with Harrison.  Fun!

Speaking of Harrison, he got his school pictures back yesterday. 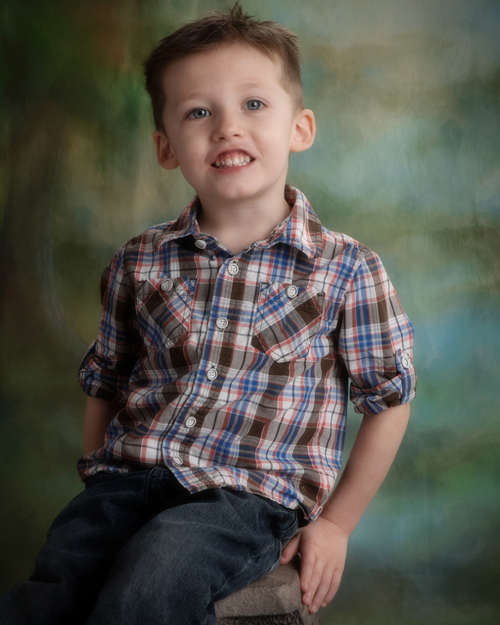 What a sweetie face.  He loved looking at this picture of himself.  Though he kept wanting me to scroll down so he could see the rest of his legs.
I wonder what crazy magic the school photographer used to get him to smile so sweetly like that?  Cuz those are some spells I could definitely use.
Labels: Family