WHAT WE ACCOMPLISHED SO FAR

Not long after we bought the travel trailer, we moved out of our house so that the renovations could begin. My brother-in-law's parents let us live in their empty house for a few months, and we took our little 1968 Kit Companion with us.

Here is a little of what Richard was able to accomplish in his spare time (and what with the kids, work, and his church calling, spare time is obviously just coming right out of his ears.) 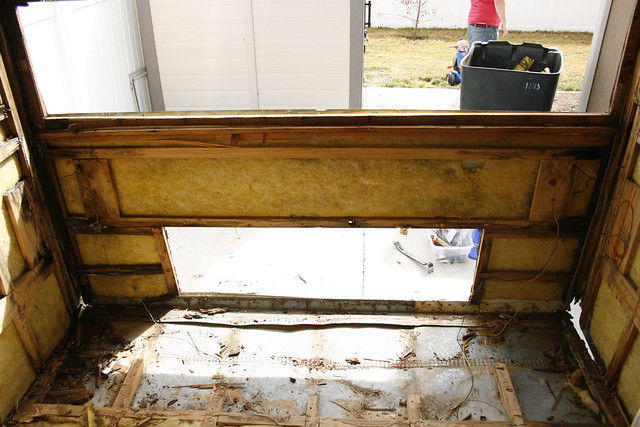 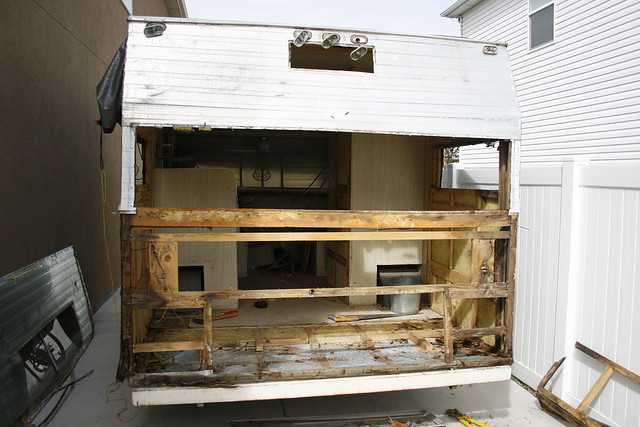 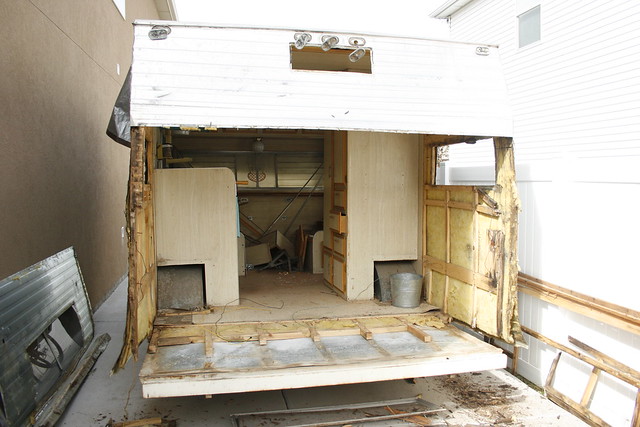 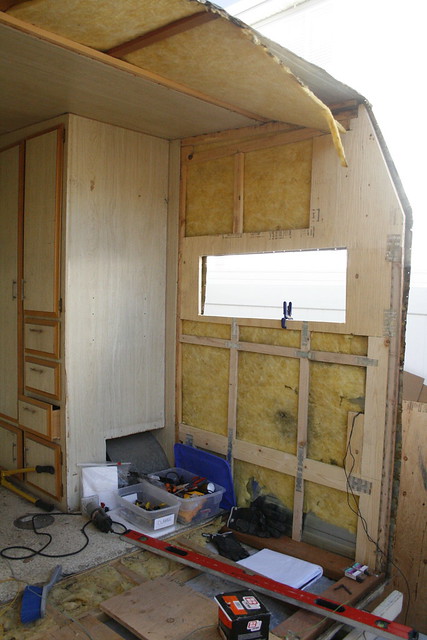 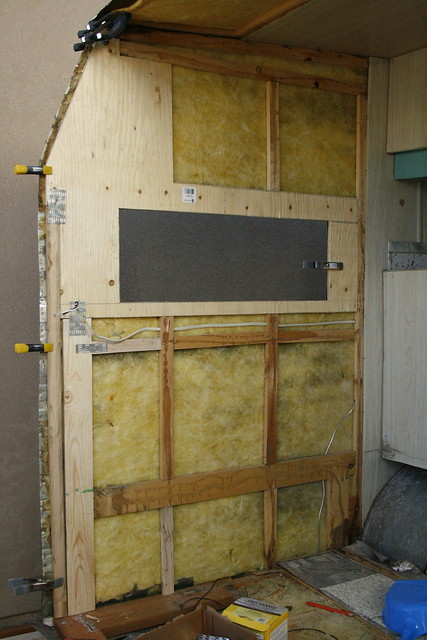 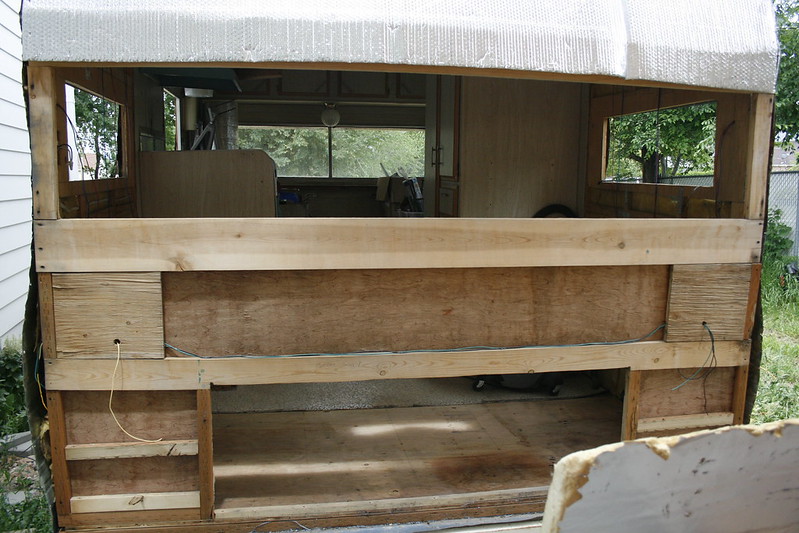 These pictures are pretty self explanatory, right?  He replaced some wood.  Around the windows he used a solid piece of plywood instead of the hodge podge of stapled together wood that they originally used. We rebuilt the back wall and floor. It is very sturdy now.  There is no telling about the rest of the trailer, but this spot, here in the back, will be as sturdy as can be.

Then it was time to move out of that house and go live in my sister's basement. And we left the trailer there. Cuz we had no where else to put it and they said they really didn't care.

When we finally moved back into our house and the remodel was finished, we kept saying to each other, "We should go pick up the travel trailer." But we never did. Cuz life is busy.

It wasn't until they told us they needed the space our trailer was parked in that we got our bums in gear and went and picked it up. And now our 1968 Kit Companion is parked in the back yard where we can work on it any time we want. We've got a family campout planned for the end of July and we're going to try to get it done by then. Can we do it? Who knows? But we are going to try! Tune in next time to find out more on this fascinating story!!