I was really super excited for the roofers to start working on Monday,  and so, of course,  they didn't.  Cuz of the rain. Darn rain. The builder says he hasn't heard from them, so who knows when they will start.  That will teach me to get my hopes up about something.

And while we are on the subject of the darn rain,  Richard and I spent all day Saturday rewiring the lights in bedroom #2, the one that used to be the master bedroom. It took forever because we didn't want to take out the drywall.  And then it POURED rain, and since the shingles had been taken off the roof above that room the drywall all got soaked anyway and will have to be replaced.  Some of it even fell out all by itself, just to mock us. 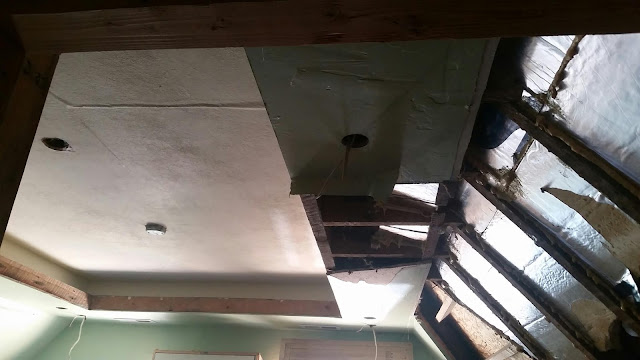 We've spent a bunch more time running wires and doing plumbing and I even got to crawl around under the house, covered in spiderwebs, dirt and sweat to pull some wires.  I was sweating so much it was running down my face like rain.  When I climbed out from under the house a big drop of sweat dripped off my face and splatted onto my toe.  I know you are glad to know that about me.  I am certainly glad to share it with you.

We stopped by the house this evening to plan out the lights in the kitchen, and when we pulled up we found this in front of our house: 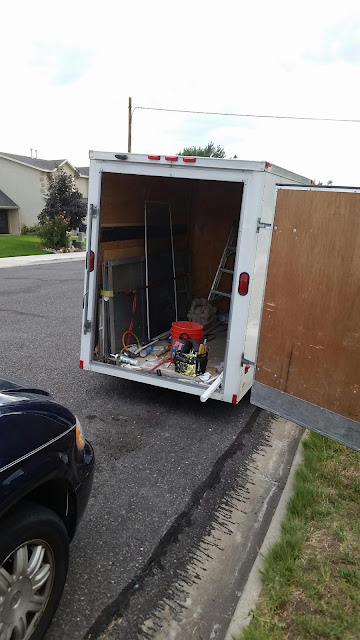 It was around 7:00, so we were surprised to find anyone still working.  Then we walked into to the house and I started shouting, "A window!  Richard, I see a window!!" 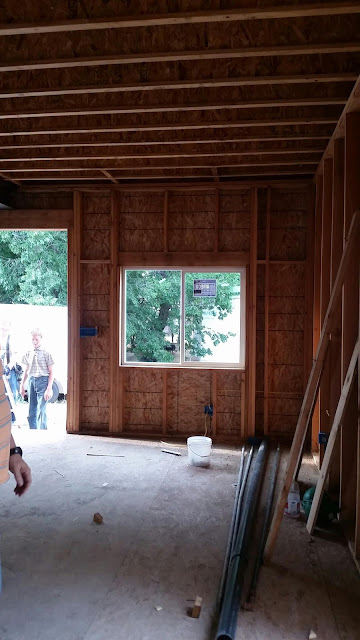 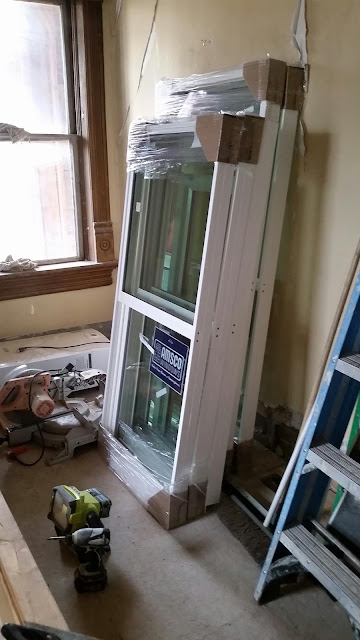 And indeed, there was a window guy, installing windows all by himself, and acting like it was totally no big deal, which it TOTALLY was.  I think I actually jumped up and down a few times. 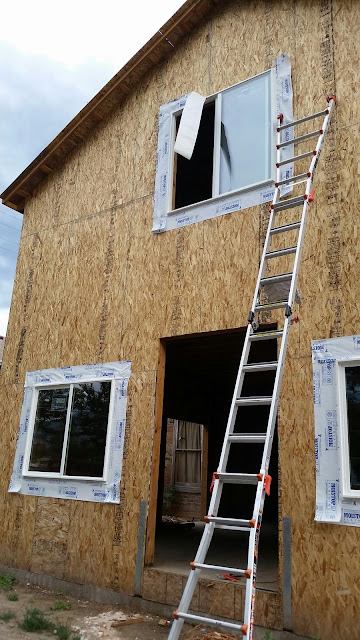 We may have no idea when the roofers are coming, but at least half of the windows are put in! 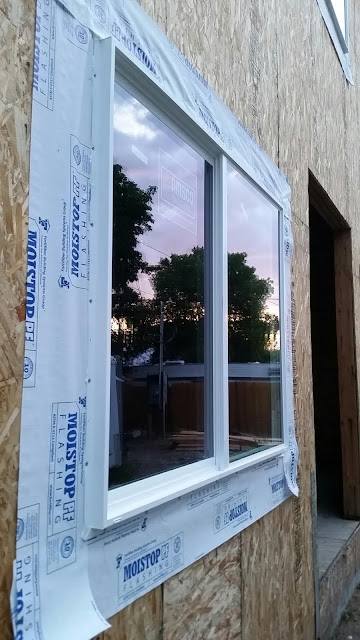 The porch is also coming along, in its own way.  Slow and steady wins the race, right? 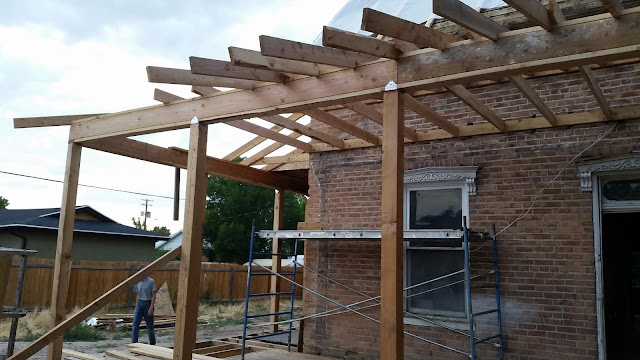 Just before we left a huge wind came up and ripped most of the plastic off the roof, so Richard climbed up in the ManLift and nailed it back down.  It was a pain in the patootie, but the sunset was beautiful.  That just about sums up life doesn't it?  Stuff stinks and drives you crazy and at the same time you are surrounded by so much wonder and beauty you just want to cry. 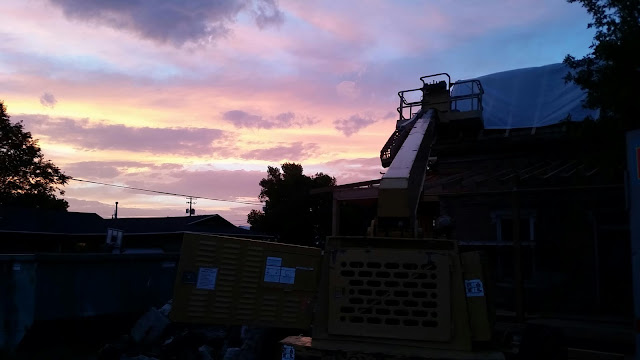