The builder called yesterday to give me an update. Wasn't that nice? He said that the excavator they were going to use won a bid with the city. Which means that he now has to scramble to find a new excavator. So that is where we're at. As of now no ground has been broken. (Except by the occasional neighborhood cat who uses my yard as a toilet.)

Since I have no house pictures to show you I will include some pictures of my children.

Harrison won 2nd place in the Pinewood Derby. We wanted him to build the car on his own, but the design he picked was too involved. He painted it himself but we did the rest. Next year my plan is for him to do the whole thing completely on his own.  You know, mostly. 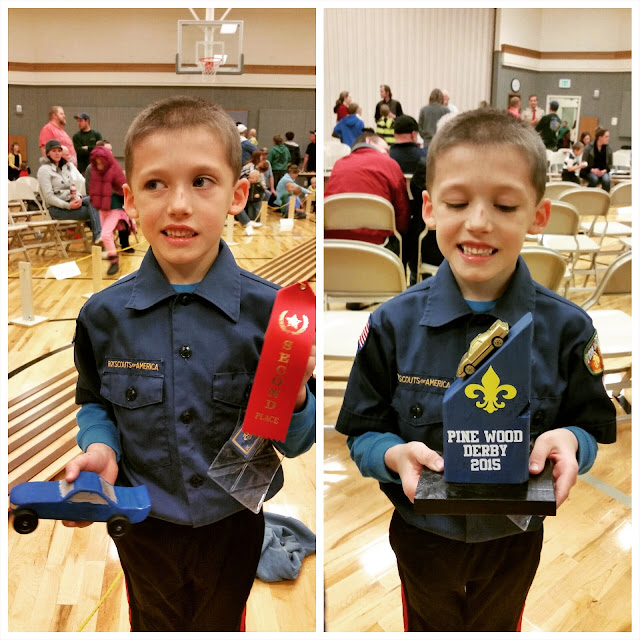 I think he was a little disappointed in the ribbon. You can tell in the pictures.  He wasn't really happy until he got the participation trophy.  I guess I can't really blame him.  Who wants to win if all you get is a boring old ribbon?

Colin was very sad not to get a trophy of his own so after whining about it for most of the night I made him this. 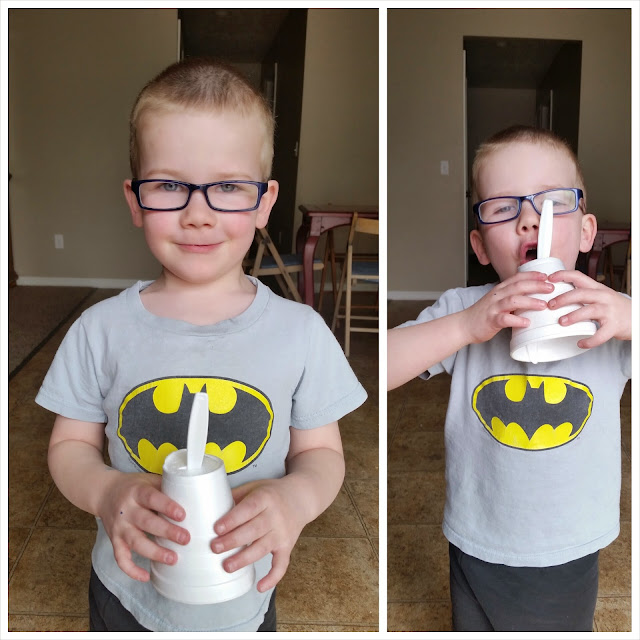 It is a Styrofoam cup with a knife poked through the top.  (I'll be posting a tutorial soon, so keep a lookout for that!) After I took this picture he made me put his trophy in safety on top of the fridge with Harrison's trophy.

And just so you know I composed this entire post on my phone in the comfort of my bed. Isn't technology magical?
Labels: Family