The other day, while we were out Christmas shopping at Bed, Bath and Beyond, we found the Bedding Set of Our Dreams.  Richard said that he liked it and I was like, "Really?  I like it too!" And he was like, "No Way!  Really?"  And I was like "Really! We are the SAME PERSON!"

And as luck would have it, for some reason we have this money set aside on a debit card that can only be used at a few stores, and one of those is BB&B. So, with a total disregard for cost, we loaded up two carts (we need new pillows too) and went to the checkout to finalize our purchase.

But when the total rang up at $774.35 we laughed ourselves to tears.  Seriously.  We were crying.  Crying our poor little eyes out.  Do people really pay that much for bedding?

What we want is a combination of the following two bedding sets.  The Blue design for the main color, with gray chevron accents.

Oh wait, here is the picture we took in the store: 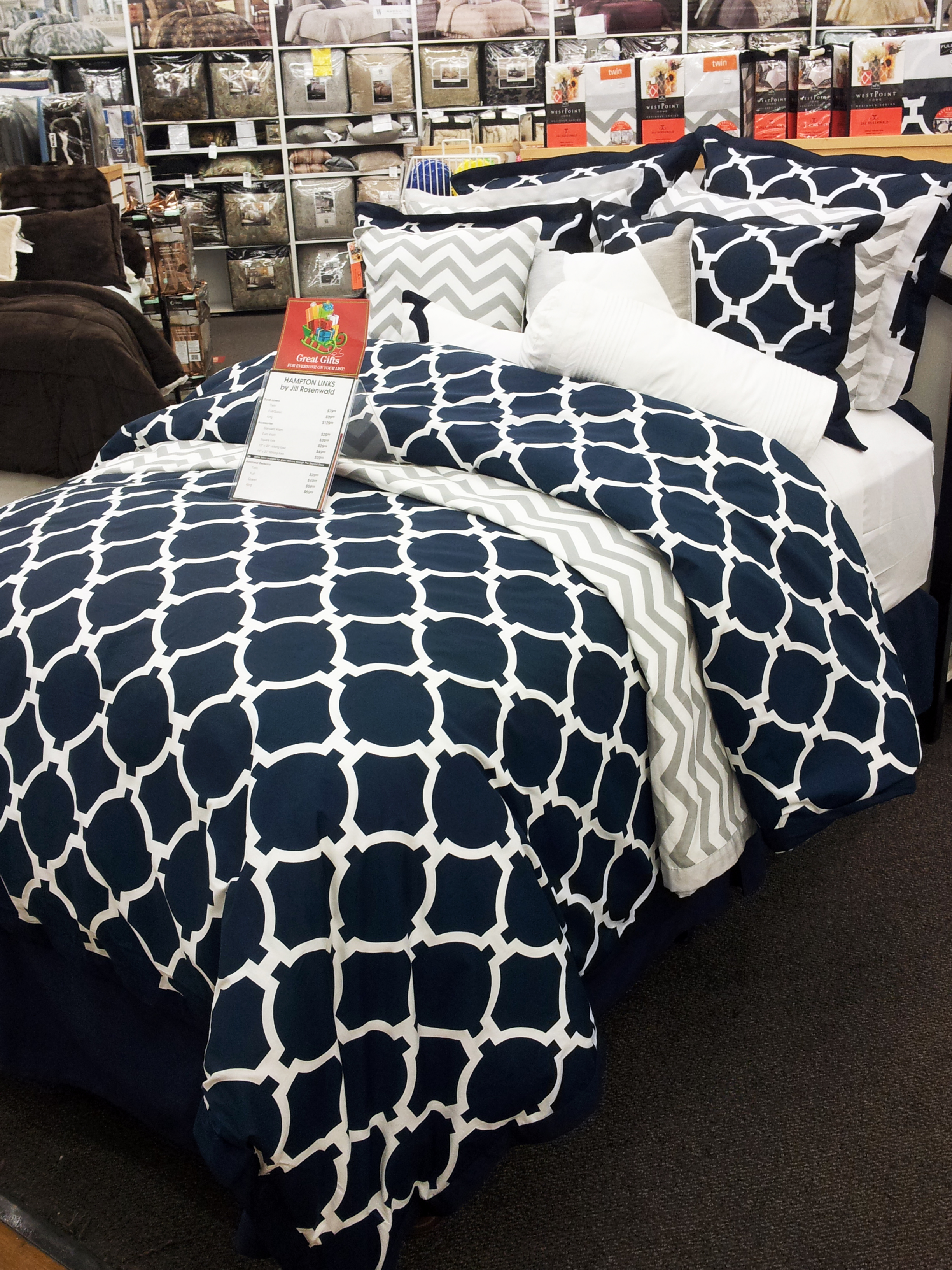 But there ain't no way I am paying that much money for it. And gosh darn it, I can sew.  If I can't use my sewing skills to make myself some affordable bedding, what good are they?

So, lets break it down.

We got three Euro pillow inserts since ours is a king size bed.  They were $19.99 a piece.  I looked on Amazon and I couldn't find any for much cheaper than that, but I might see if they can retroactively apply a 20% off coupon.  We also bought two new standard sized pillows because ours are crazy old.  They were $9.99 a piece.  They are nothing special.  They may or may not get the ax.  Stay tuned.  So $79.95 for pillow inserts.

The accent pillows were $209.95.  There were 5 of them.  2 were embroidered and I don't embroider and don't feel like learning, so I might keep those, but I can definitely make the other 3.  Not that I need 5 accent pillows on my bed.  Pillows on a bed can get a little out of control sometimes and I don't mind saying it.

The Shams were $179.95.  Almost two hundred dollars for pillow cases.  It is hilarious.  Really.

That is not the same amount I got at the beginning of this post.  Which just goes to show how tricky math can be.  Especially when it comes to bedclothes.  Beware.