This year we had 2 Batmen.  One just wasn't going to be enough for our crime fighting needs. 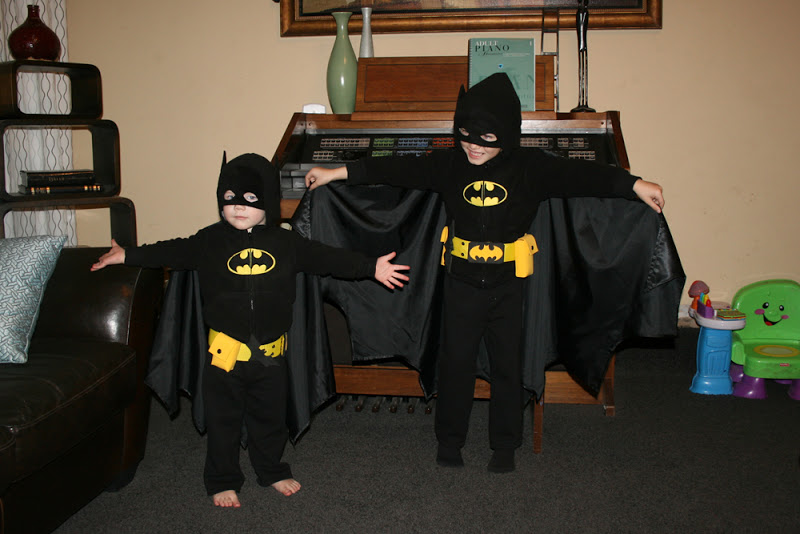 Colin has been telling me he was batman for months.  Harrison changed his mind about what he wanted to be nearly every day. 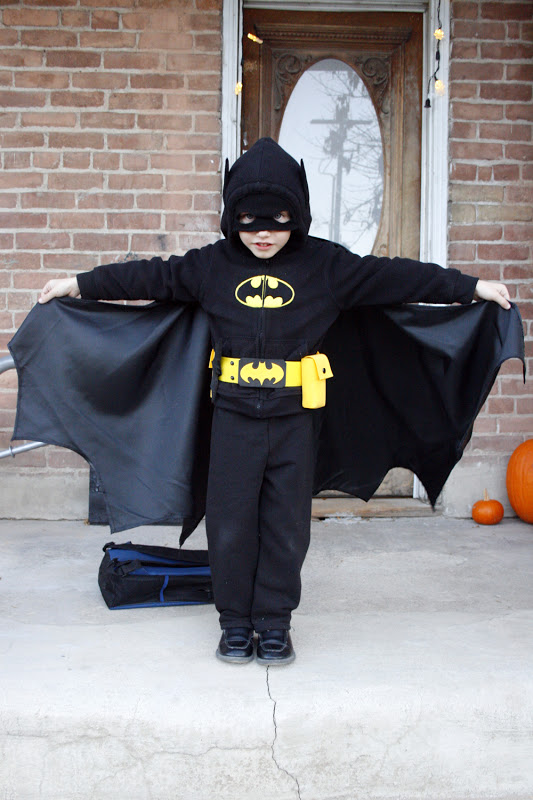 For a while Harrison was pretty determined to be Captain America, but eventually he settled on Batman, which I was glad for, cuz Captain America would have been so much harder to make. 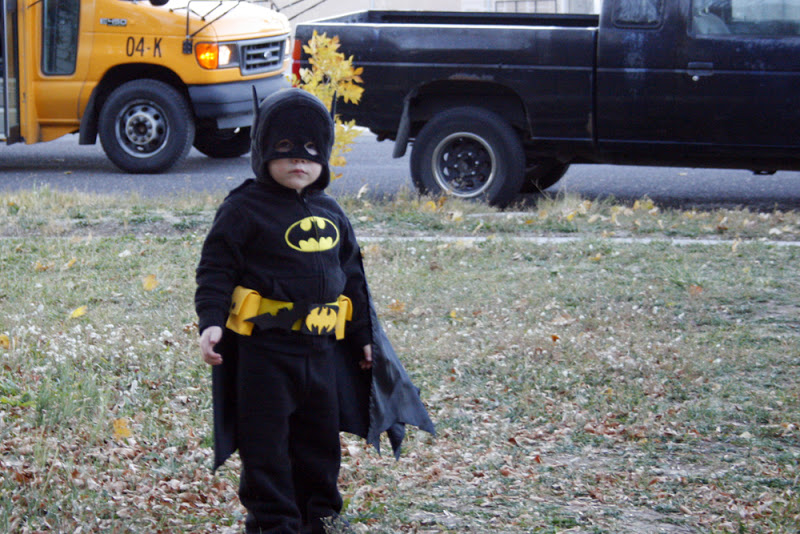 Don't listen to what the naysayers tell you.  Two Batmen are better than one!
Labels: Costumes Family How To's & DIY's