Now that a week has passed I think it is safe to tell you that Colin is now 11 months old!  Less than a month until he can start drinking milk and facing forward in his carseat.  Exciting times!

So here he is, 11 months old, sporting a new haircut and a cool new forehead scratch. 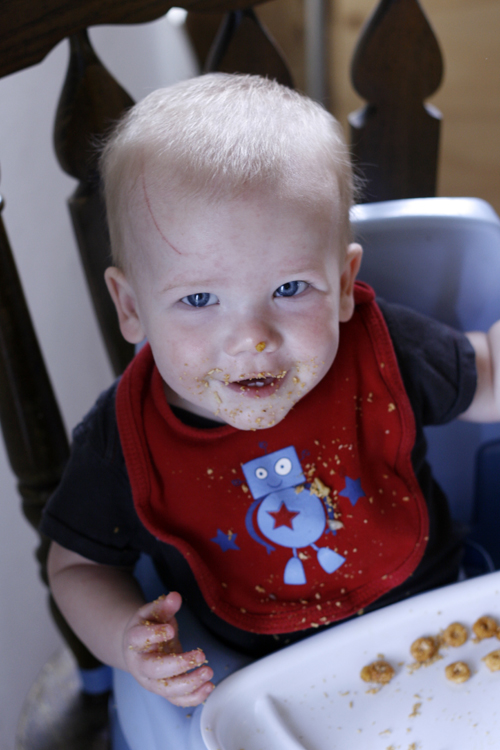 He loves to dance and wave and eat and he took a step!  Sometimes he'll just stand by the couch not holding on to anything, waving his arms in the air.  And he LOVES the refrigerator.  As soon as I open it he starts crawling toward it at the speed of light.  So that he can do this: 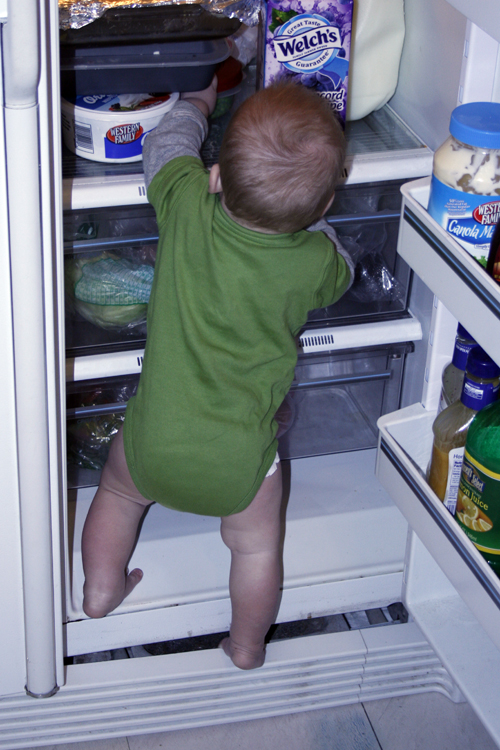 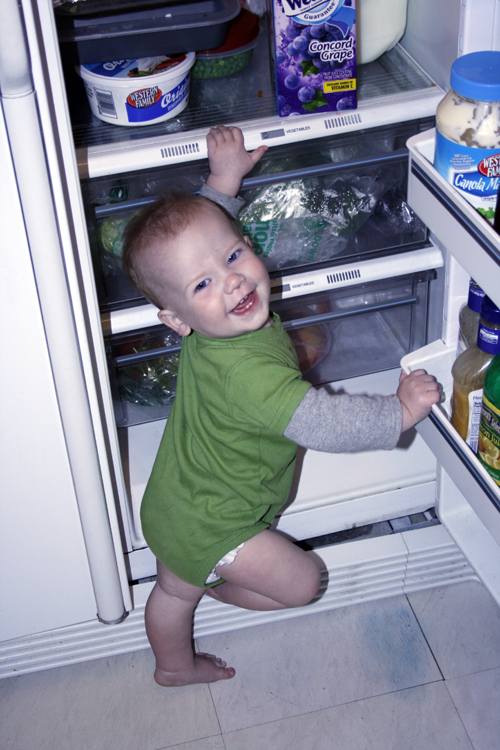 Now if I could just get him to put the groceries away, we would both be happy.
Labels: Family