Let's Just Wrap up December, Shall We?

Clearly I am failing at finding time to update this as much as I would like.  So let's just do one big Superpost about December and cram everything into it, ok?  OK.

On December 6th we got our Tree, 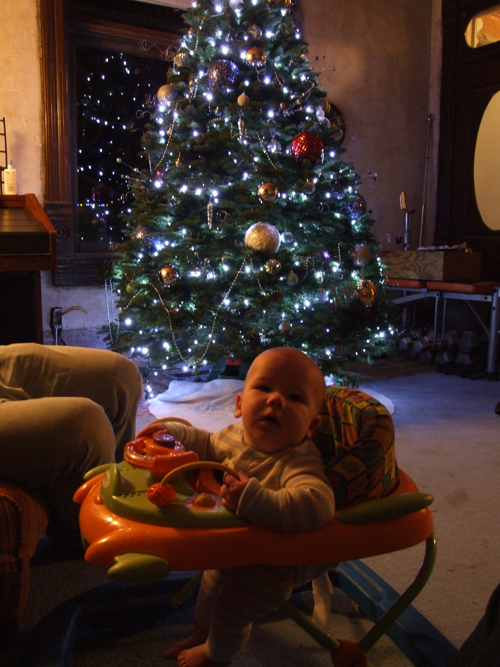 And Harrison pushed Colin around in this spaceship. 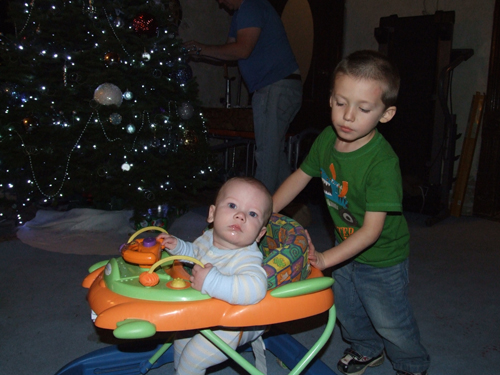 On the 7th I decided to give Colin some baby food.  This was his reaction: 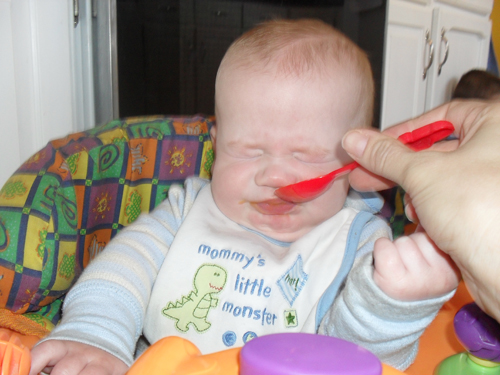 But that was just his response to sweet potatoes.  I got a video of of him eating Rice Cereal, which must be DELICIOUS.

But no time to dawdle!  Moving On!

On the 14th I made Colin some baby legs, 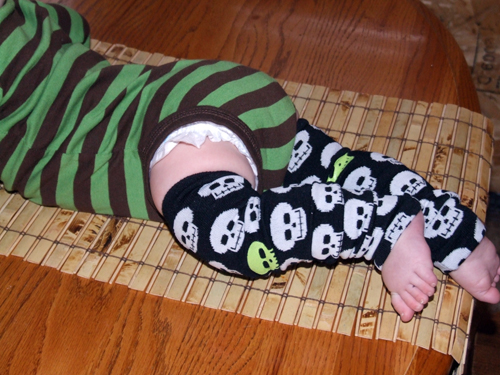 but decided that, even with skulls on them, they are still too much like leg warmers, and are way too girlie for my manly little boy. 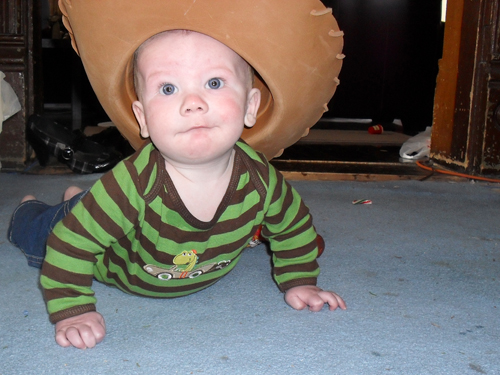 Yes, a hat.  That is more like it.  Very Masculine. 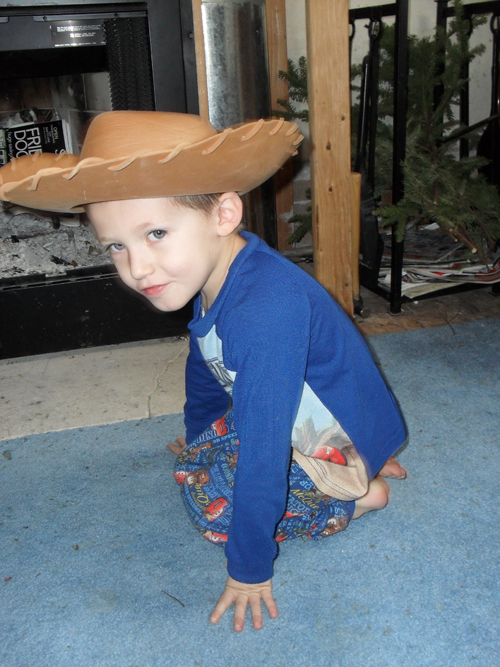 On December 17th we went to court to Finalize Colin's adoption. 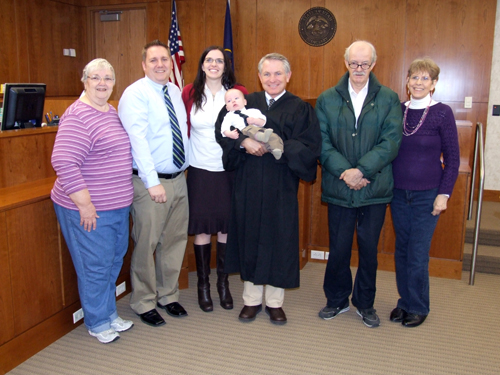 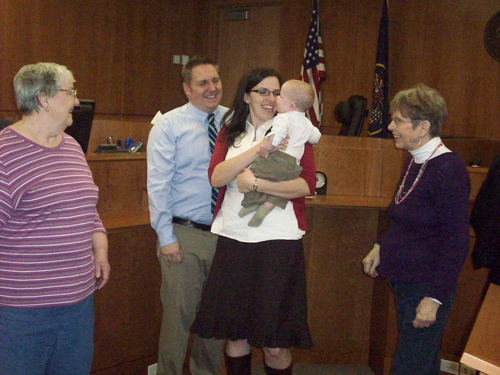 And Colin thought it was BORING.


But he was wrong.  Amber, we love you!  And we love Colin.  So much.  We are so glad he is our little boy and we will forever be SO grateful to you.

Then we went to lunch at the India Palace and snapped a picture of the burning remains of the Provo Tabernacle.  So sad. 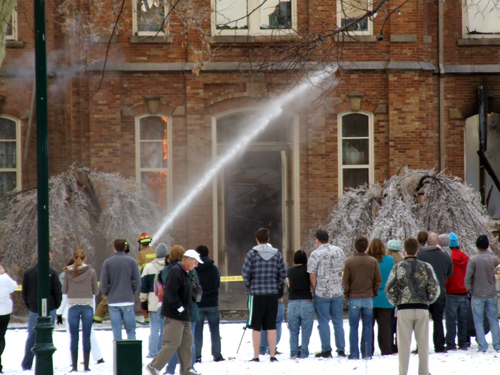 April had told us at the courthouse that the Tabernacle was burning.  And then snapped a picture of our reactions. 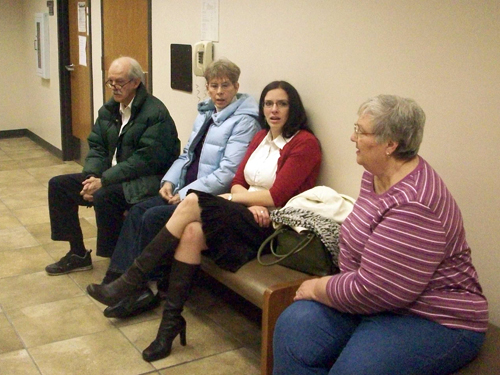 That day was a wonderful event mixed in with so much heartbreak.

And then, on December 21st,
Harrison turned 4!

He is 37.25 inches tall, and weighs 29 pounds.  Which puts him all the way up in the 3rd percentile!  We are moving up!  He is finally on the charts again!

We kept his party simple.  Marion was in town, so she came over with her two little boys.  We ate pizza from Two Jacks (because it is simply the best) and then sat around doing party things.

Harrison had asked for a Sheriff Woody cake, after seeing one at the grocery store.  The ones at the store are just a half a sheet cake with a plastic Woody on top.  I was feeling pretty lazy so I even went to the store to buy one, but they wanted $20.00 for it.  I guess I am cheaper than I am lazy, cuz I decided to make a cake for him afterall.  And then Harrison started getting all specific.  He wanted a house on the cake.  And Woody could go in the house and brush his teeth and go potty and go to bed in the house.  Well, THAT wasn't going to happen, but I figured I could make a house.  And I didn't stress about it being beautiful, because I really don't think it matters. 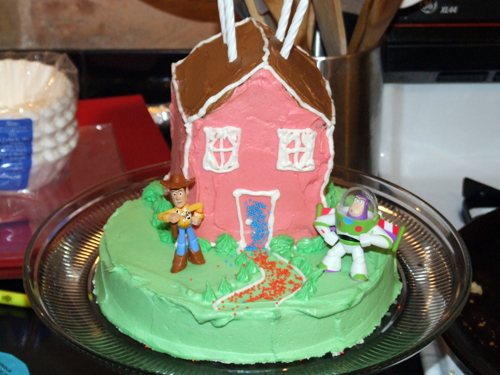 Though I should point out that Harrison asked for a RED house (which wasn't going to work with our food coloring, of course).  I tried to talk him out of it, but he wouldn't listen.  He loved it though, so good for me!

HOWEVER, once I lit the candles and turned out the lights so that we could sing to him he thought it was scary and ran out of the room.  So we let Marion's 2nd child blow the candles out. 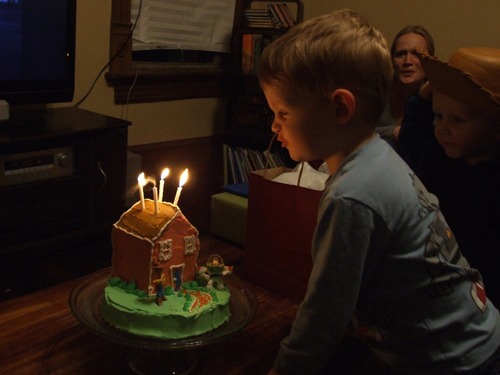 Then it was safe for Harrison to come back in. Then he opened some presents. 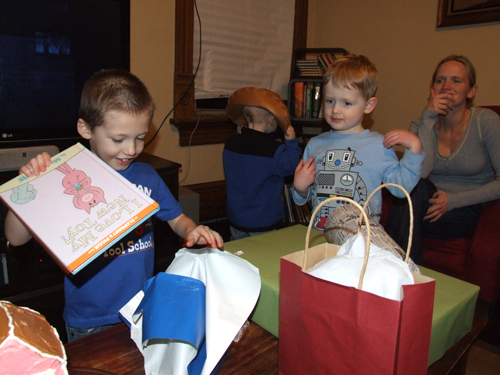 Marion gave Harrison the following truck.  And her oldest son spent at least 20 minutes strait playing with it and saying "Wow, that's cool!" 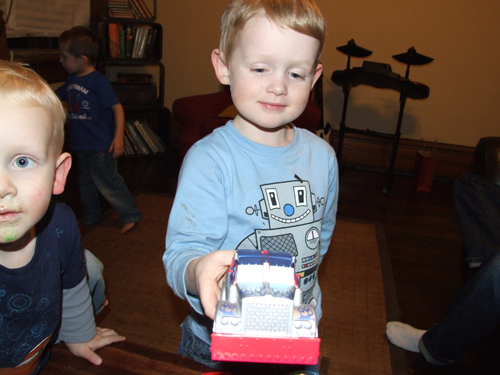 I'm so glad you could be there Marion.  Though why I am suddenly writing to you I can't say since I am 96% positive you will never read this.  But it was fun.  And Harrison loved it.  He loved playing with your little boys.  I think you made his birthday!

And now I am going to spare you all and will put Christmas in a separate post.  So this is the end!  You made it! Congratulations!
Labels: Cakes Family