When dressing my babies I often think about the fact that I can dress them in whatever I want. (especially if their dad isn't there to object.)  I might put them in something that cracks me up and think "They don't even care."  I could dress them as nice or as sloppy as I wanted and it just didn't matter.  It was all up to me.

Those days with Harrison are slowly drawing to a close.  Here is what he wears lately. 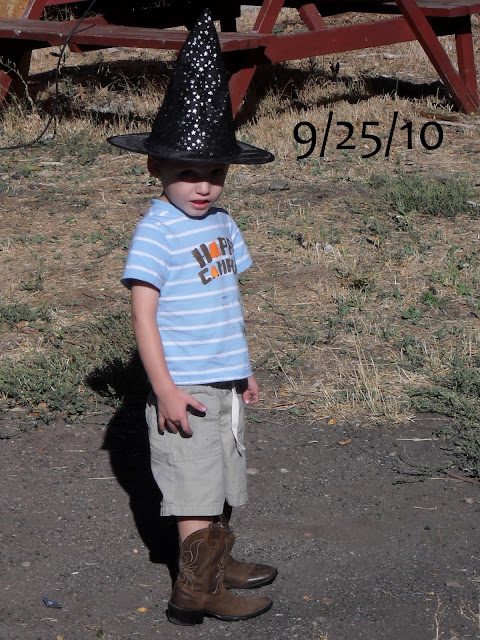 My sister Cameo brought over some cowboy boots her little boy had outgrown and of course Harrison love them.  Then he found that hat at Target and it was only $1.00 so I bought it.  Sometimes he calls himself a witchy, and other times it is his cowboy hat, but whatever it is, he wears it with the boots almost non-stop. 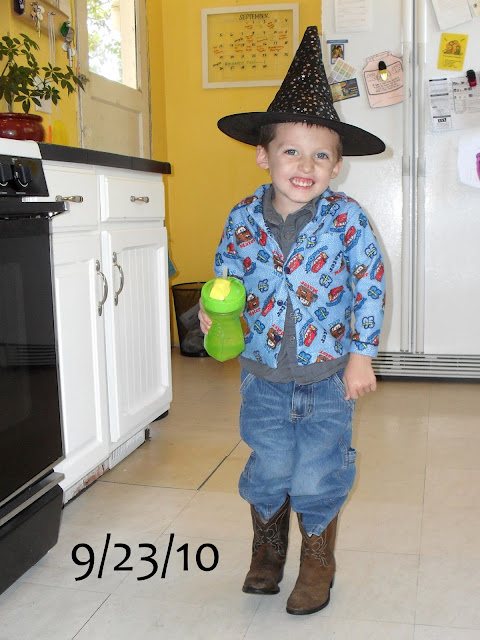 So there we have it.  A little boy with opinions. What is he going to be wearing 10 years from now??
Labels: Family