On Monday was the Annual Company party for Richard's work.  We went to a park and had a nice lunch and hung out and played games.  After the festivities most people headed to the zoo.  We decided to save the zoo for some nice cool morning when we might actually get to see some animals, so instead we went down to the nearby stream.  Streams are no end of fun, just ask a 3 year old.  Colin and I hung out by the water 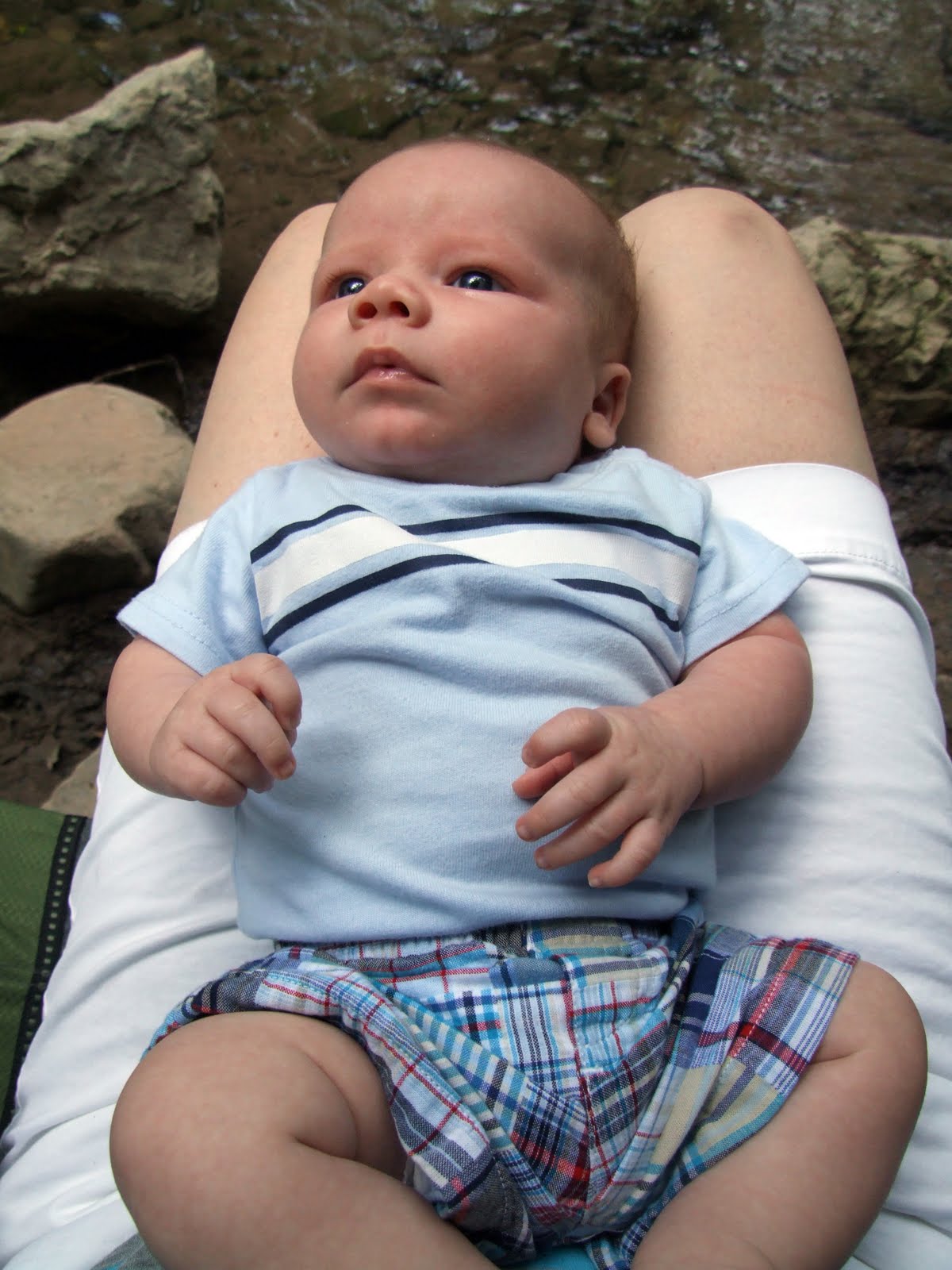 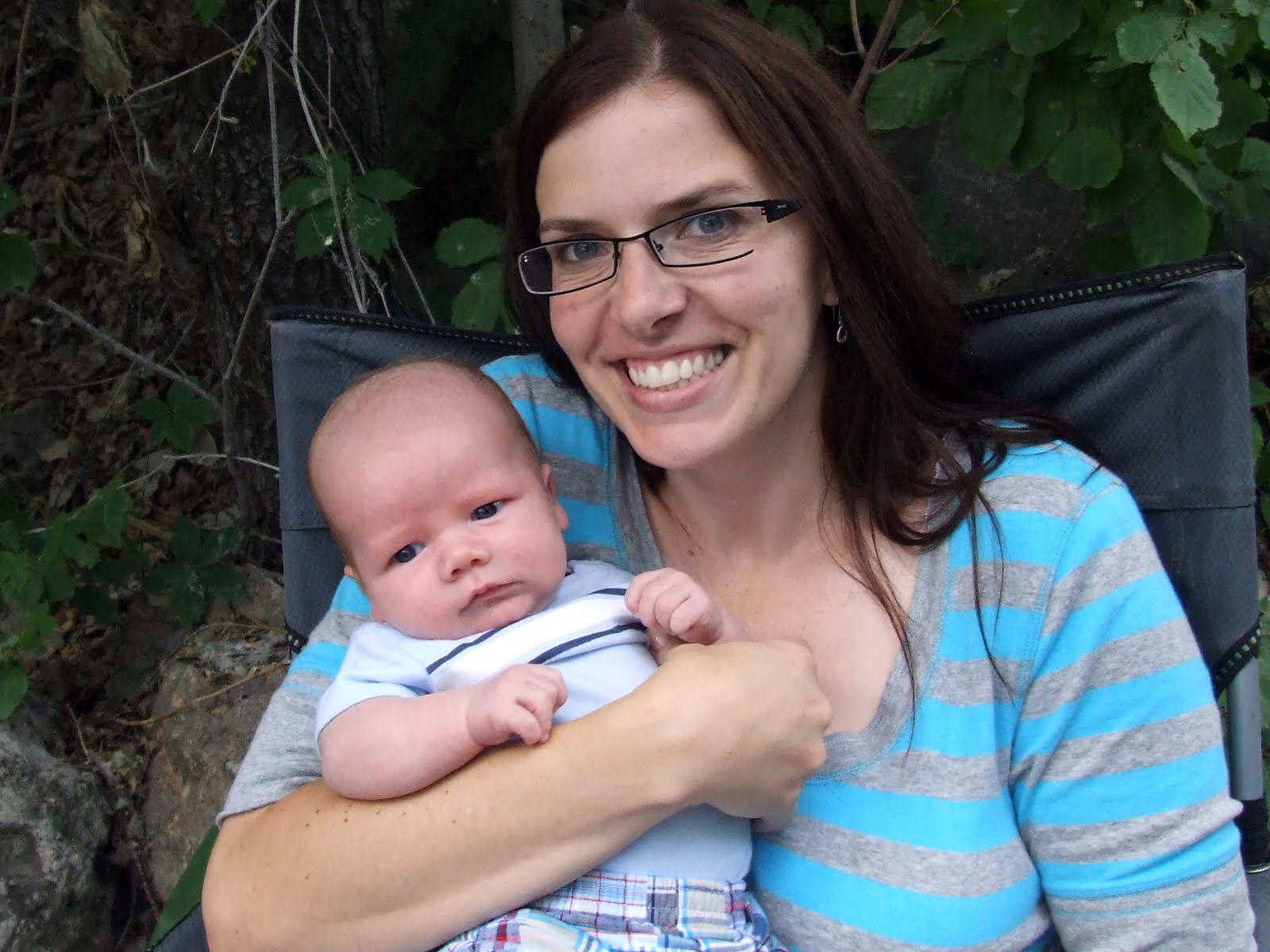 while Richard and Harrison climbed among the rocks and trees 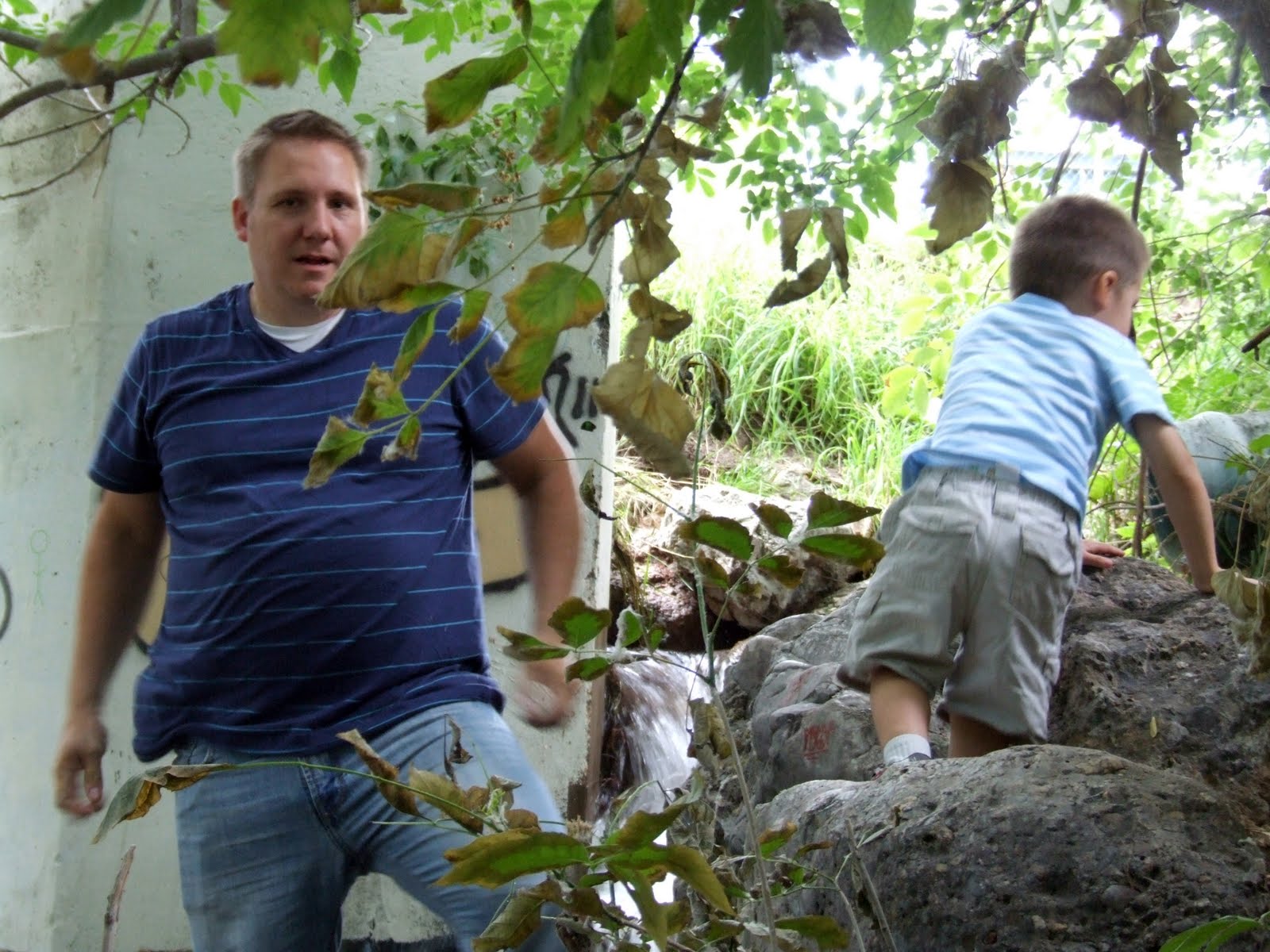 THEN we went to feed the ducks. 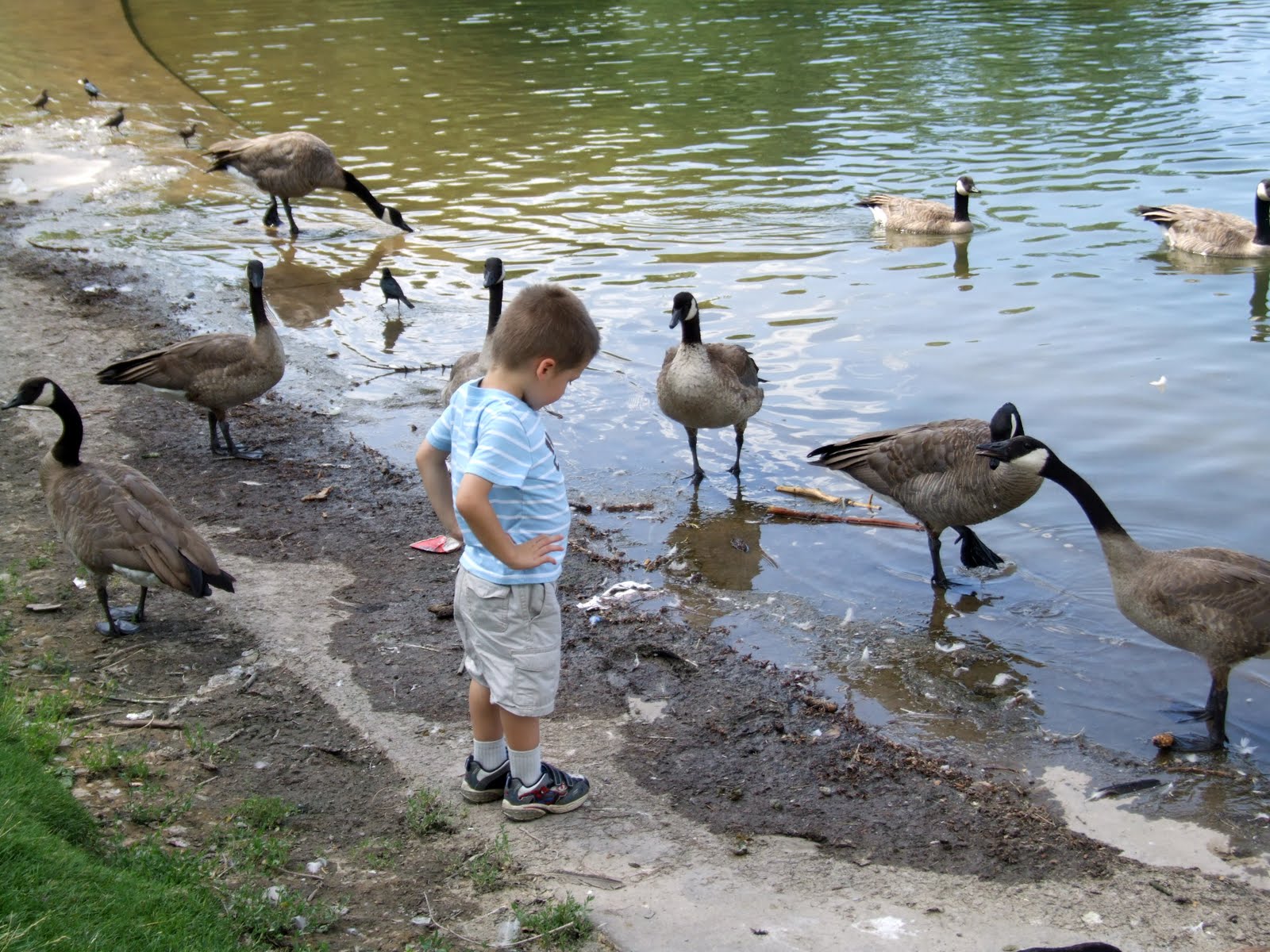 but, yeah, those are geese.  Which made me a little nervous, cuz I know geese'll bite you if they feel like it.  We threw them our leftover hamburger buns anyway and they ate every bite.  We kept trying to throw them further and further into the pond to try to draw the geese away from us, but they weren't about to leave. 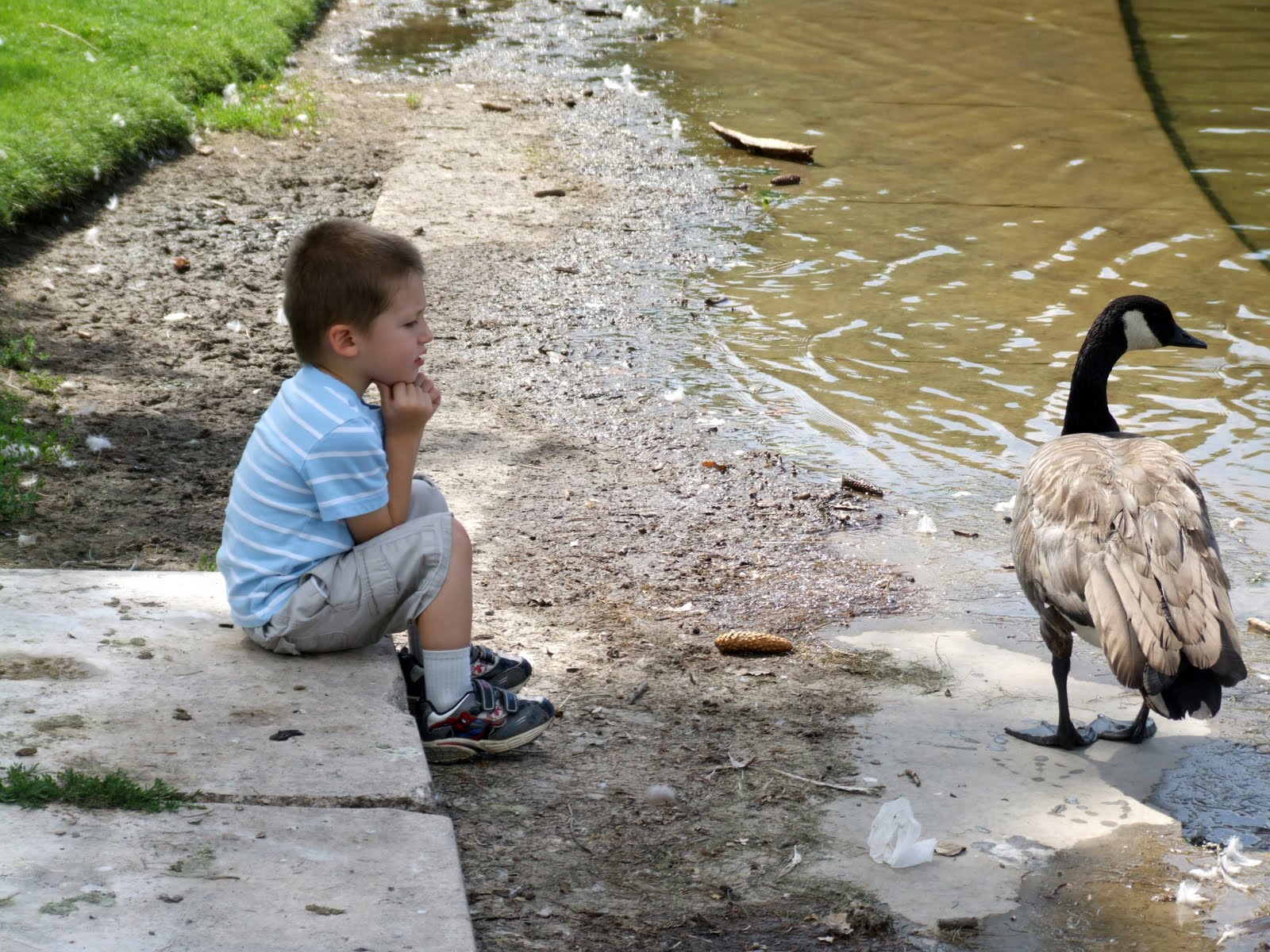 Then Harrison decided he was still hungry and ate the rest of the bread.  That is when the birds started plotting revenge. 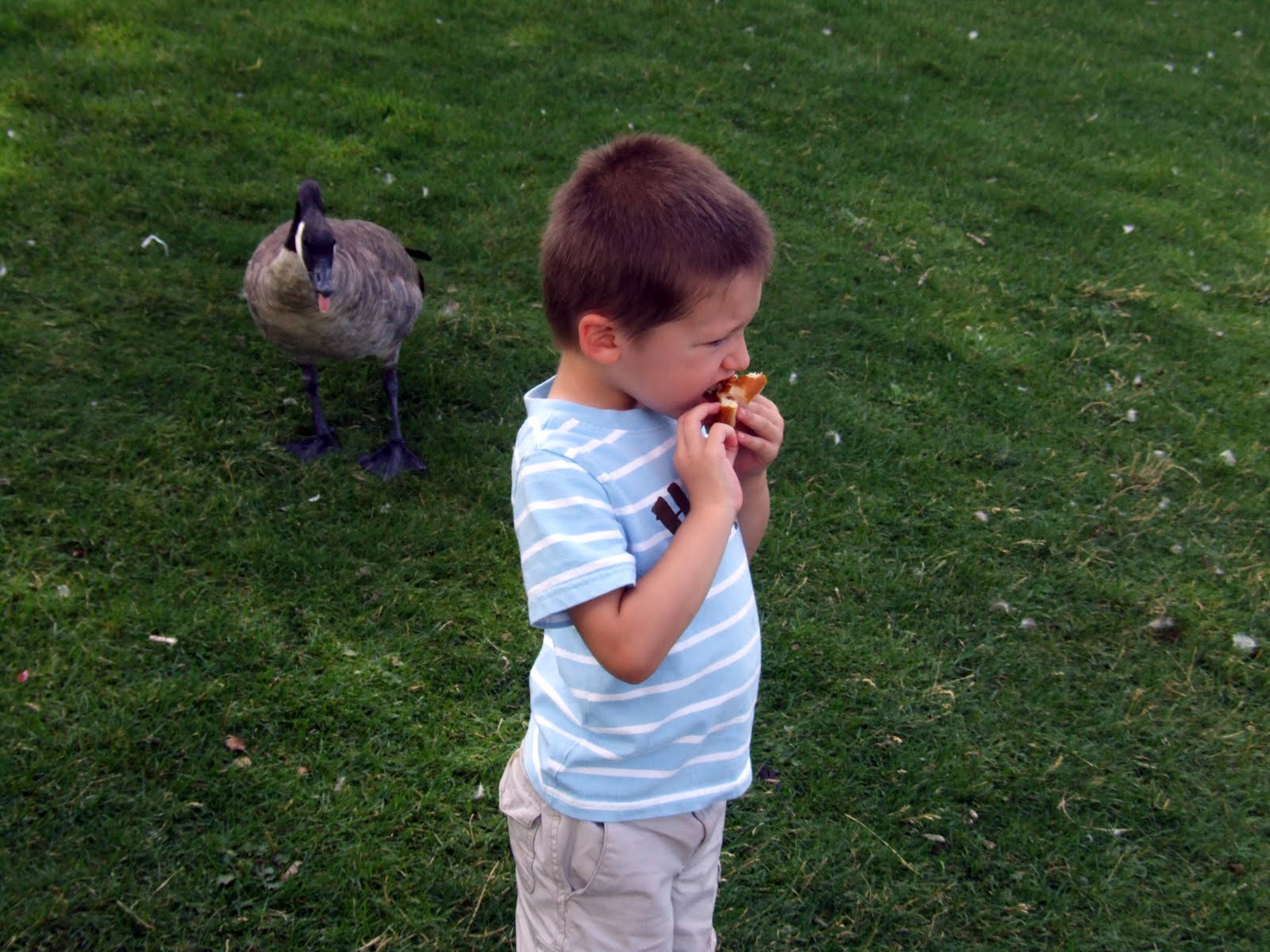 And then, surprise!  We took another picture.  Bet you didn't see that coming! 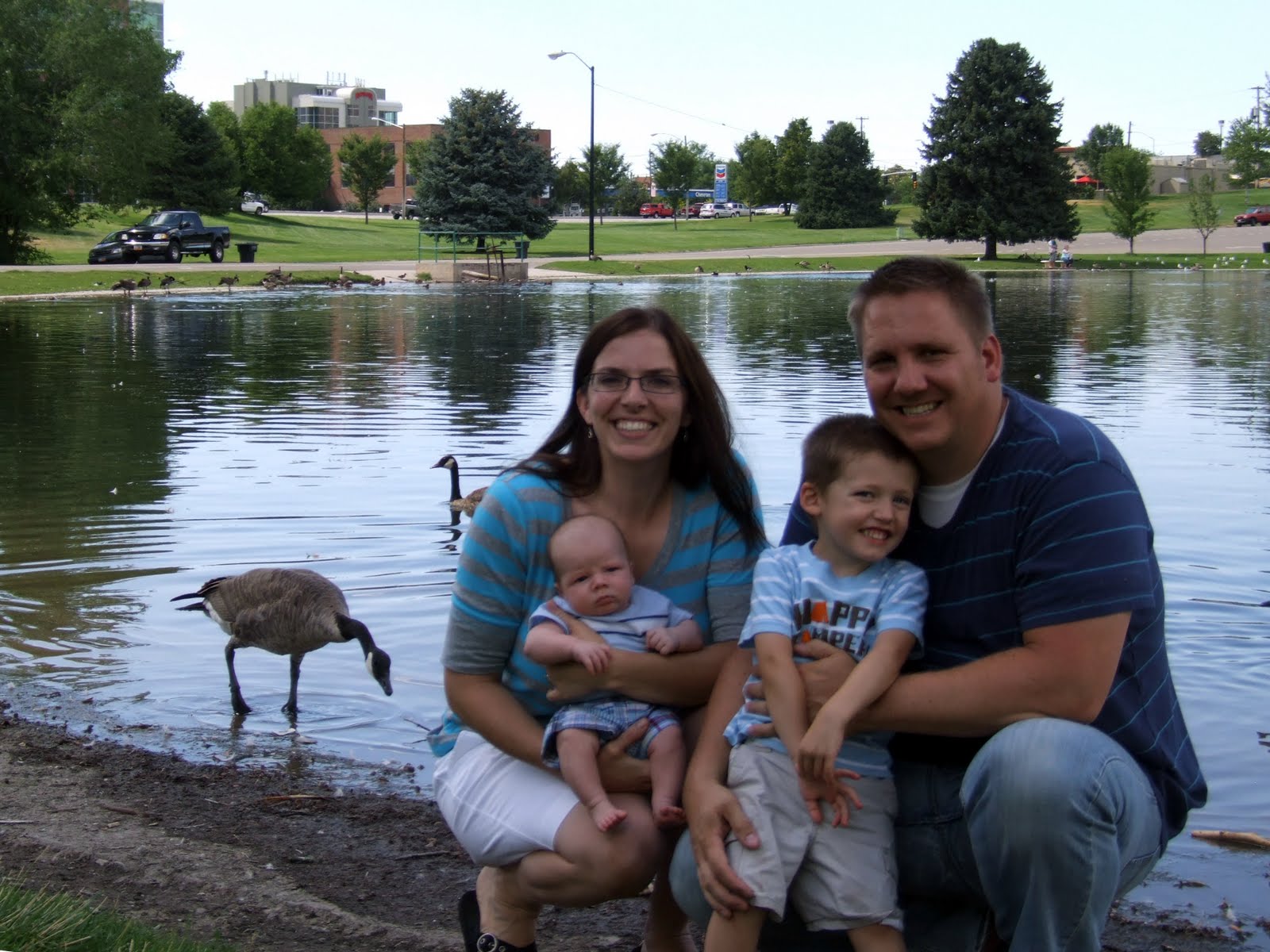