This weekend was our annual campout with Richard's Family.  We had reserved several spots up by Payson Lakes, but the day before the event the campground people called and said there was an angry bear at the campground running around and scaring people on purpose.  And they wanted to know if that bothered us at all.   Just kidding, they said they were closing the campground until they caught it.  So with 24 hours to go, we scrambled to find somewhere else for to go.  And somehow we did.  Someone knew someone who knew someone who knew a guy who had a bunch of extra places at their campground for the weekend.  So we ended up at the Camelot Resort at the Strawberry Pinnacles. 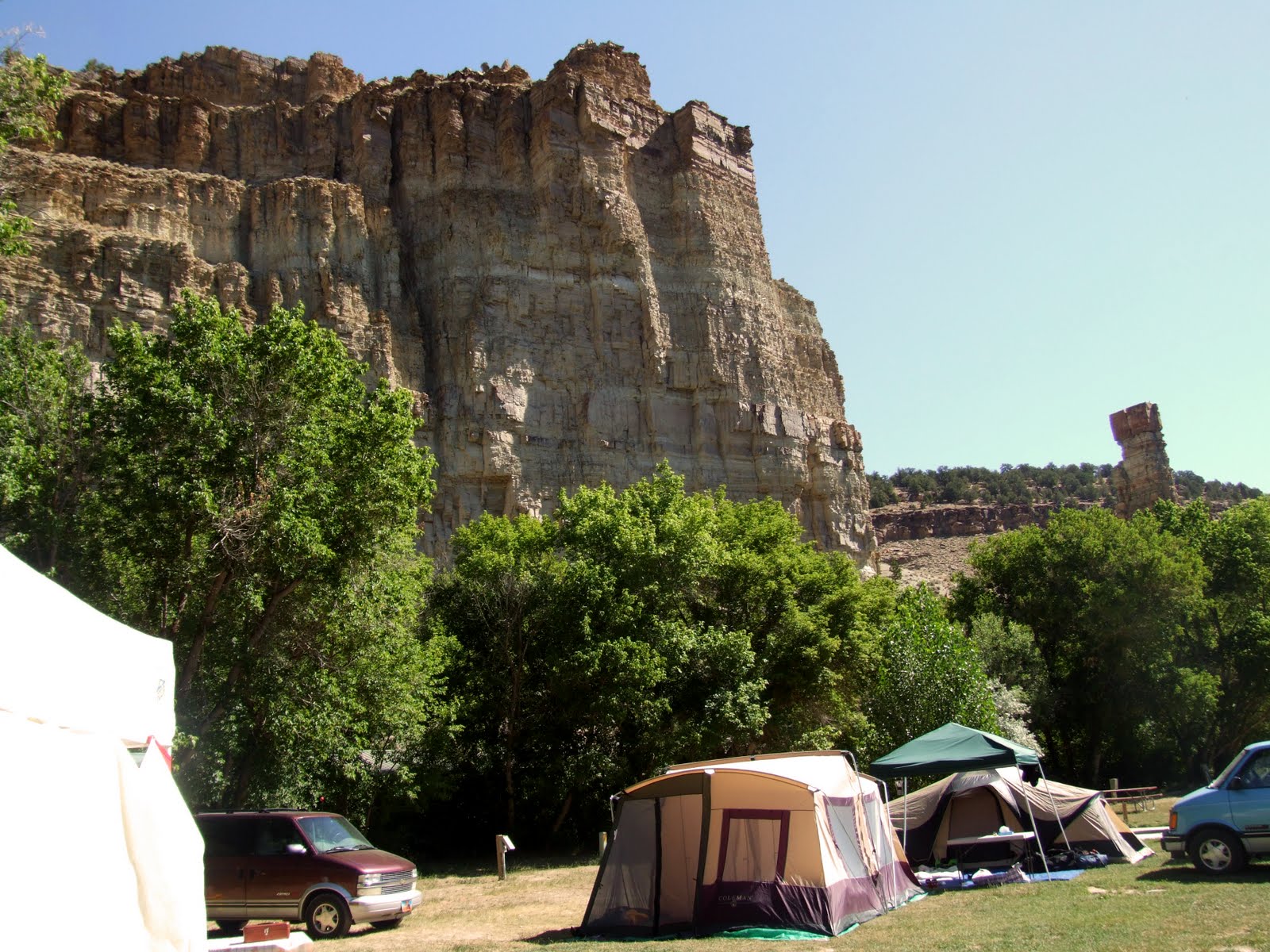 I didn't even know this place existed. It was really pretty, but as soon as the sun came up it was unbearably hot.  There was a shallow little river running through the middle of the campground but it was so cold I couldn't stand in it for more than about 10 seconds before I had to drag my frost bitten toes out and give them several hours to thaw.  The kids, on the other hand, hardly seemed to feel the cold. 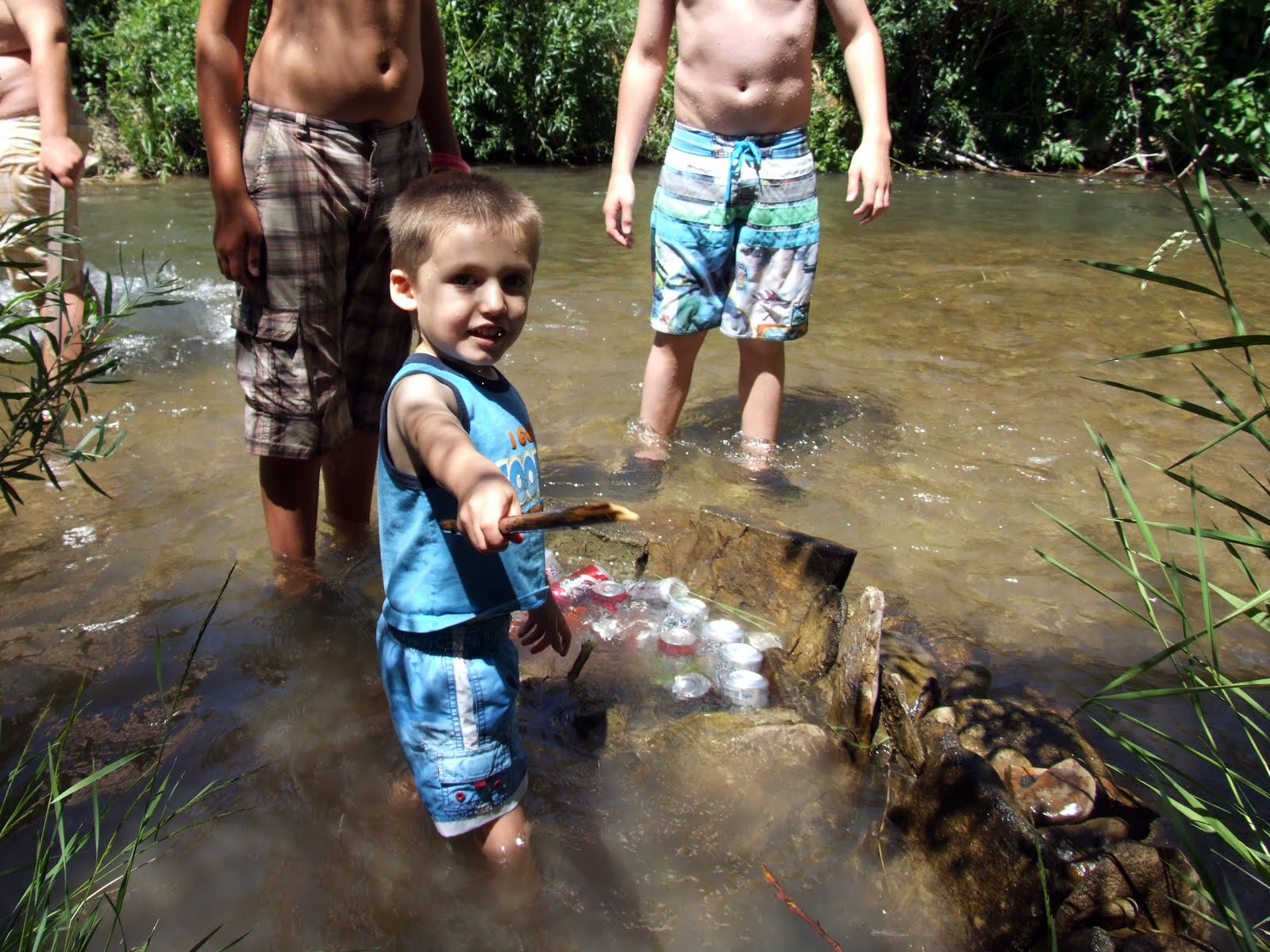 Even Harrison liked it, when last year he wouldn't have even put his feet in.
I don't know how, but by late afternoon this freezing cold glacier water was cool and refreshing, so we spent the rest of the day doing this: 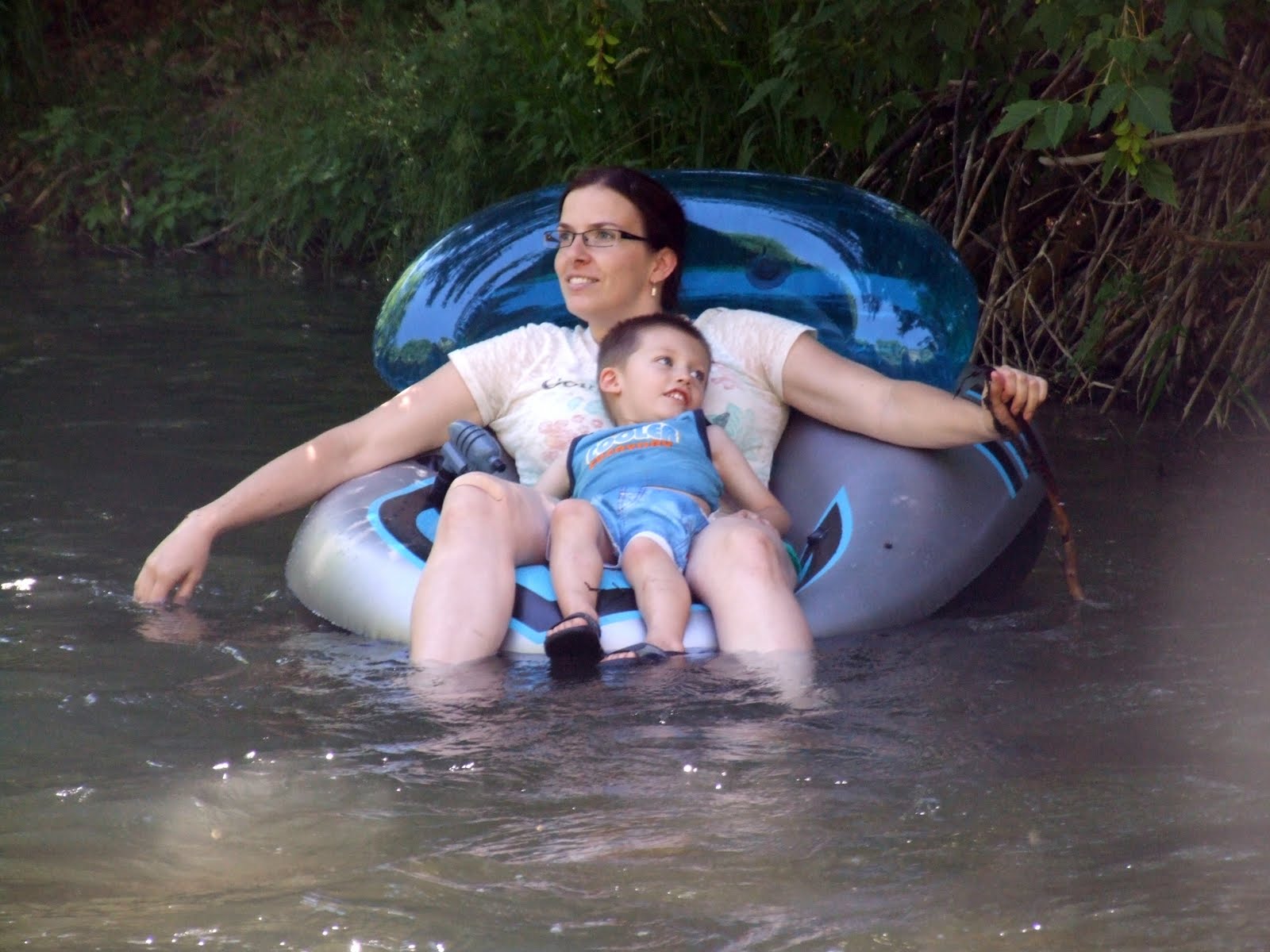 floating down a little stretch of stream running through the campground.  Over and over.  Harrison loved it.  I loved it. I would still be doing it if there was a river near by.  Tubing down a river is one of life's greatest pleasures.

We had a great time.  Between hanging out in the river, and lounging around the shade , we also Tie Dyed some shirts, thanks to Mandy (and thanks to Carissa for this picture), 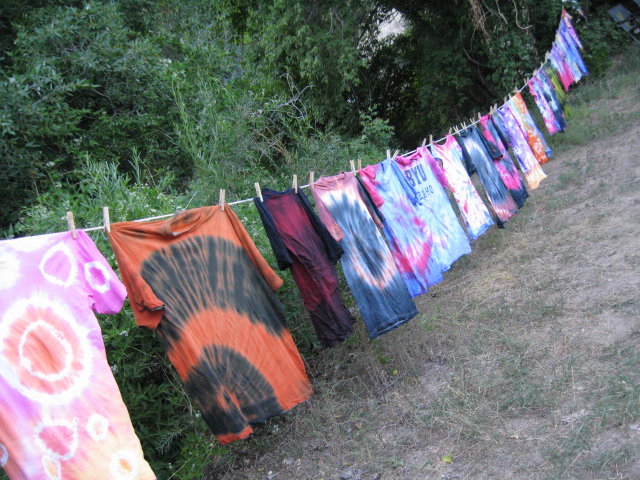 and ate some delicious food.  Colin loved the whole thing: 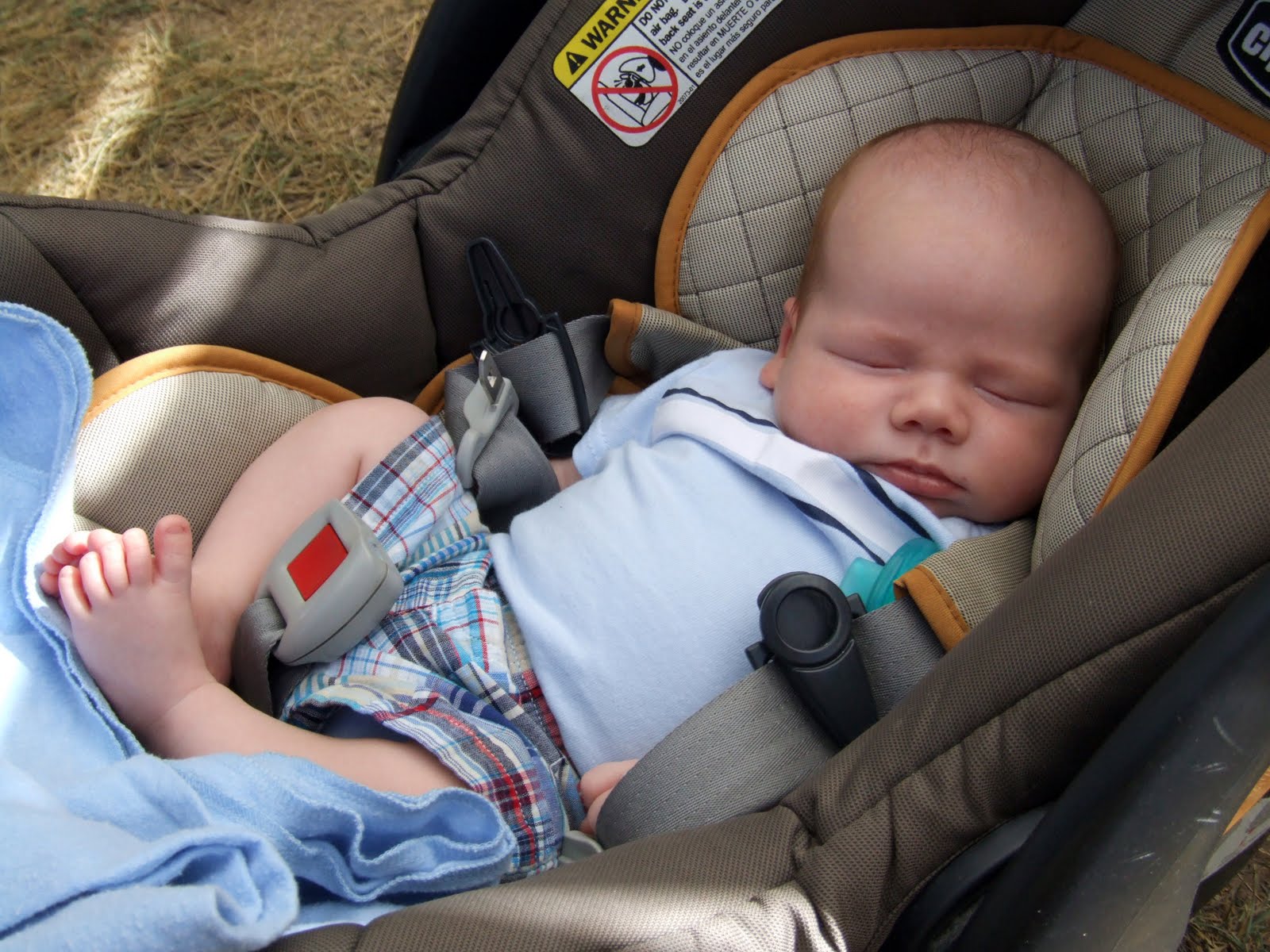 This picture was taken right after we arrived.  It was also the last time of the weekend that Colin wasn't being held by someone or other.  He slept great both day and night, so I think camping gets 2 thumbs up from him!

After we got home and showered we went to the local July 24th celebration.  We ate some steak sandwiches, cotton candy and caramel apples and Harrison went on a couple of rides.  We tried to light off some more of our own fireworks at home, but every time we tried to light one Harrison would run into the house.  I guess they are still a little too scary.  We wanted to go to the city's big firework show, but it didn't start till 10:15 and we were all exhausted.  Maybe someday when the kids are bigger and fireworks aren't as scary.

So there you have it!