I know I have been slacking, but once the kids are asleep the dishes start calling me and so my only option is to go to bed.  But we did, in fact, celebrate the 4th, and it was really nice.

Saturday morning we went to an early morning Scout Breakfast with Richard's family.  We have been going to that breakfast ever since we got married.  We always watch the hot air balloons float by, but this year there were only three.  Harrison thought they were awesome.  Me too.  Someday I am going to ride in one of those, gosh darnit!

On Sunday there was a big ol' to do at Richard's sister Shannan's house with extended family and all the rest and we hung out and ate and Harrison played on the slide, and everyone cooed over Colin and it was lovely.

On Monday the 5th we planned to go see Toy Story 3, but our funny little theater was actually SOLD OUT, which I didn't think EVER happened, so we had to change our plans.  Richard and Harrison ran out and bought a whole bunch o fireworks.  Harrison LOVED them. 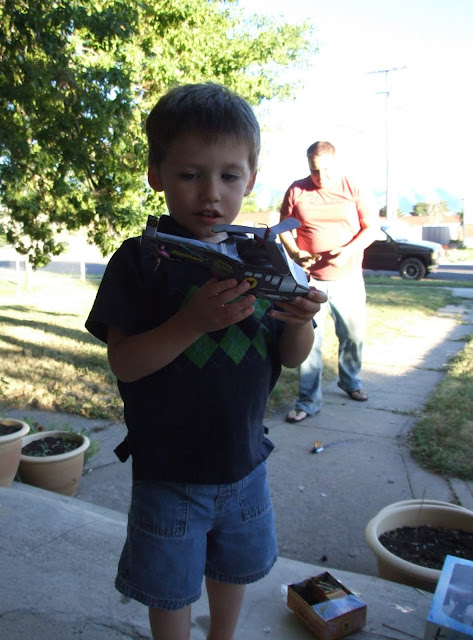 They got helicopters and tanks and trucks and snakes and birds.  Harrison was thrilled.  Until he realized that we were planning to BURN THEM ALL UP! 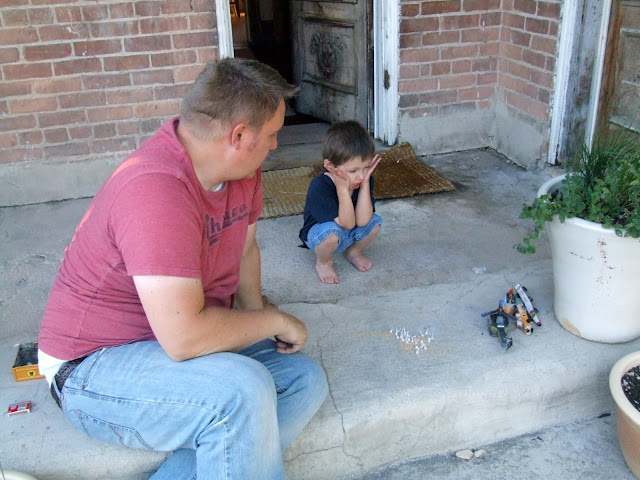 Why would we do that to all the new toys he got? 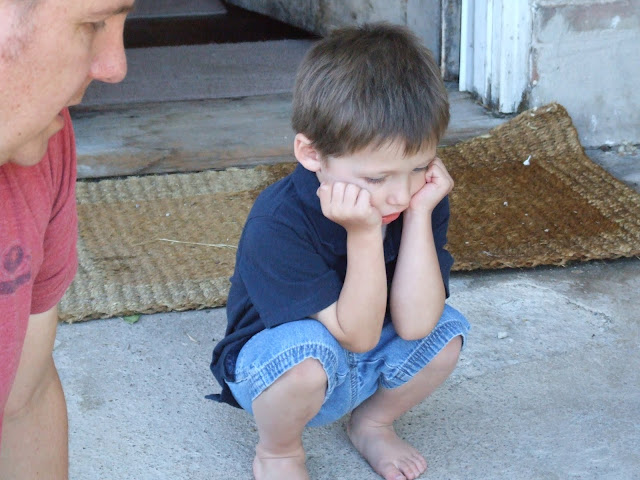 He wouldn't let us light anymore after that.  Which was ok with us.  We were ready to go to sleep anyway. 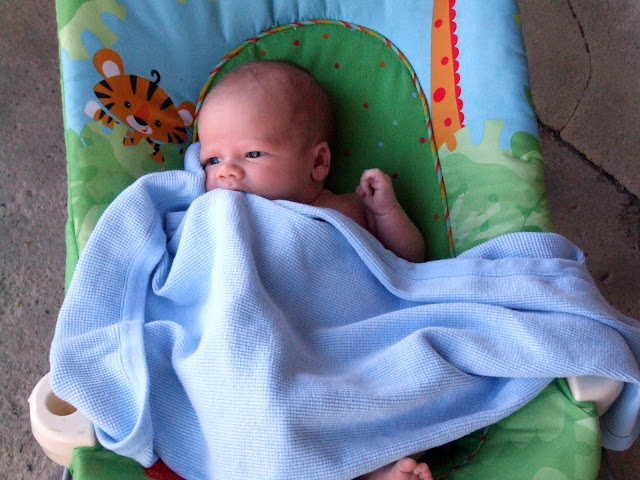 And Colin watched and listened to everything, but wouldn't say a word.
Labels: Family