I've started making pizza every week because it is pretty easy and pretty delicious and I know Harrison will eat it.  Last night was pizza night again.  Harrison got to work rolling out the dough, 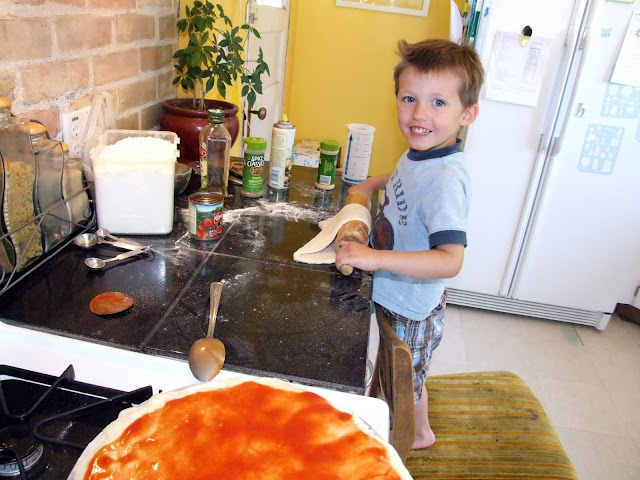 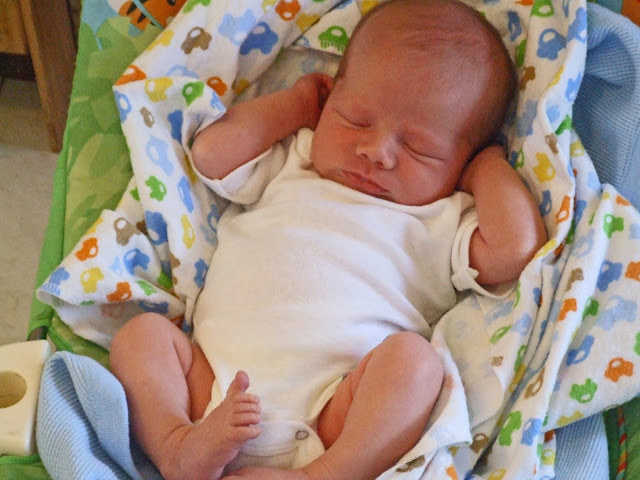 which was good because otherwise things would have gotten really out of hand.

This has been a pretty exciting week for Colin. He is like 17 times older than he was this time last week. His umbilical cord fell off, he peed on his older brother, had his fingernails trimmed,  got a whole bunch cuter and he got his very first bath. I knew he was gonna freak out, so I talked to him and told him how scary and new it was going to be and not to worry, it would be over soon. And then we slowly lowered him into the water. This was his response: 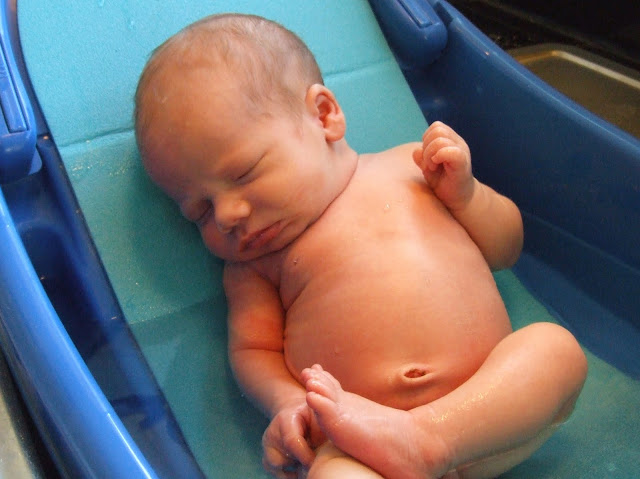 He didn't even wake up.  Just laid there and let us wash him.  And on a totally different note, I love it when he poops (which he is doing right now, on my lap). He makes the funniest pushing face and grabs whatever is closest and pulls on it with all his might. I like when it is my hand he grabs.  I feel like I am really helping him through this trying time.
Labels: Family