Here is the very short version and some more pictures. At some point I will force you to sit through the long version, but not today.

The gist is this: last Friday, June 4th, we were chosen by a birth mom to be the adoptive parents for her baby boy. She was due on the 28th. To say we were happy is putting it mildly. It wasn't much time to prepare, but we felt we were more than up to the task. So when we got a call barely a week later telling us she was in labor, we were not prepared in the least. We hadn't even started telling people yet (which is why you didn't know). We ran around like crazy people for the next couple of days, and yesterday morning we brought him home. We named him Colin and he mostly sleeps all the time, which is really very strange. But Harrison seems to like him ok so far and things are great. We are beside ourselves with joy. And some shock. It might take a few days for it to all sink in. We have two boys??

Here are some more photos for your viewing pleasure. If they don't please you, I recommend punching yourself in the eye. 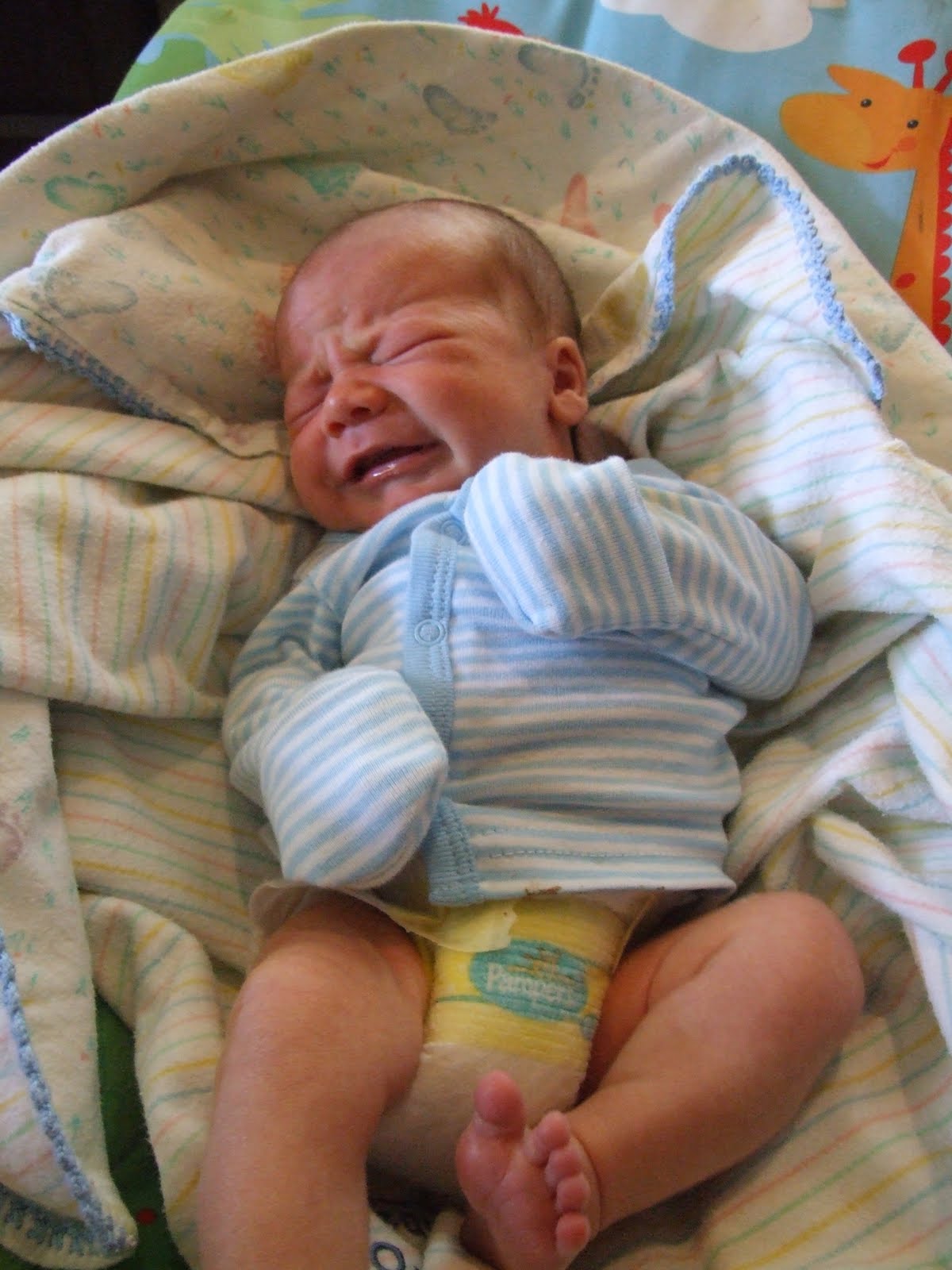 That is a little boy very angry at being photographed without his pants on. Such modesty. 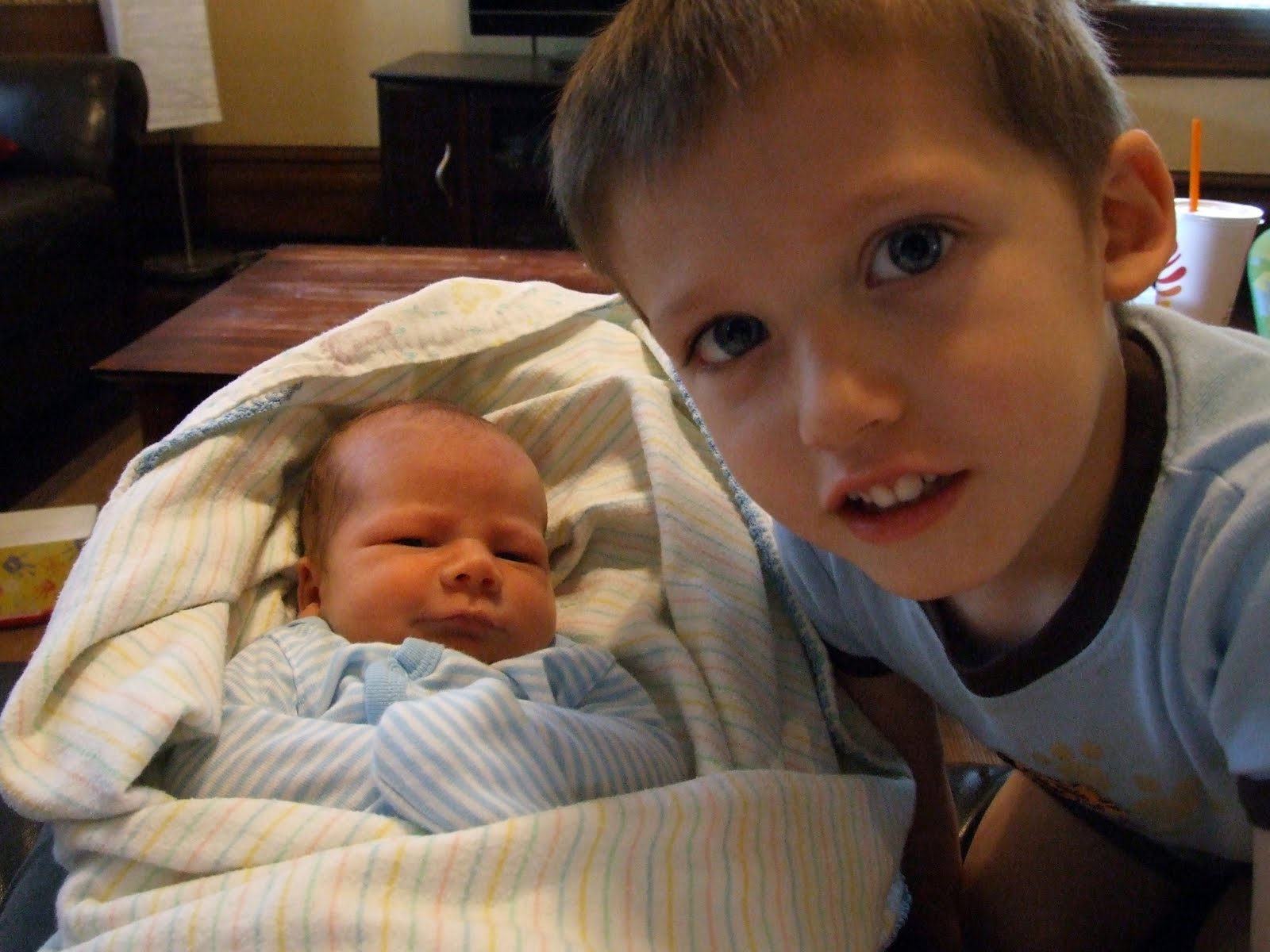 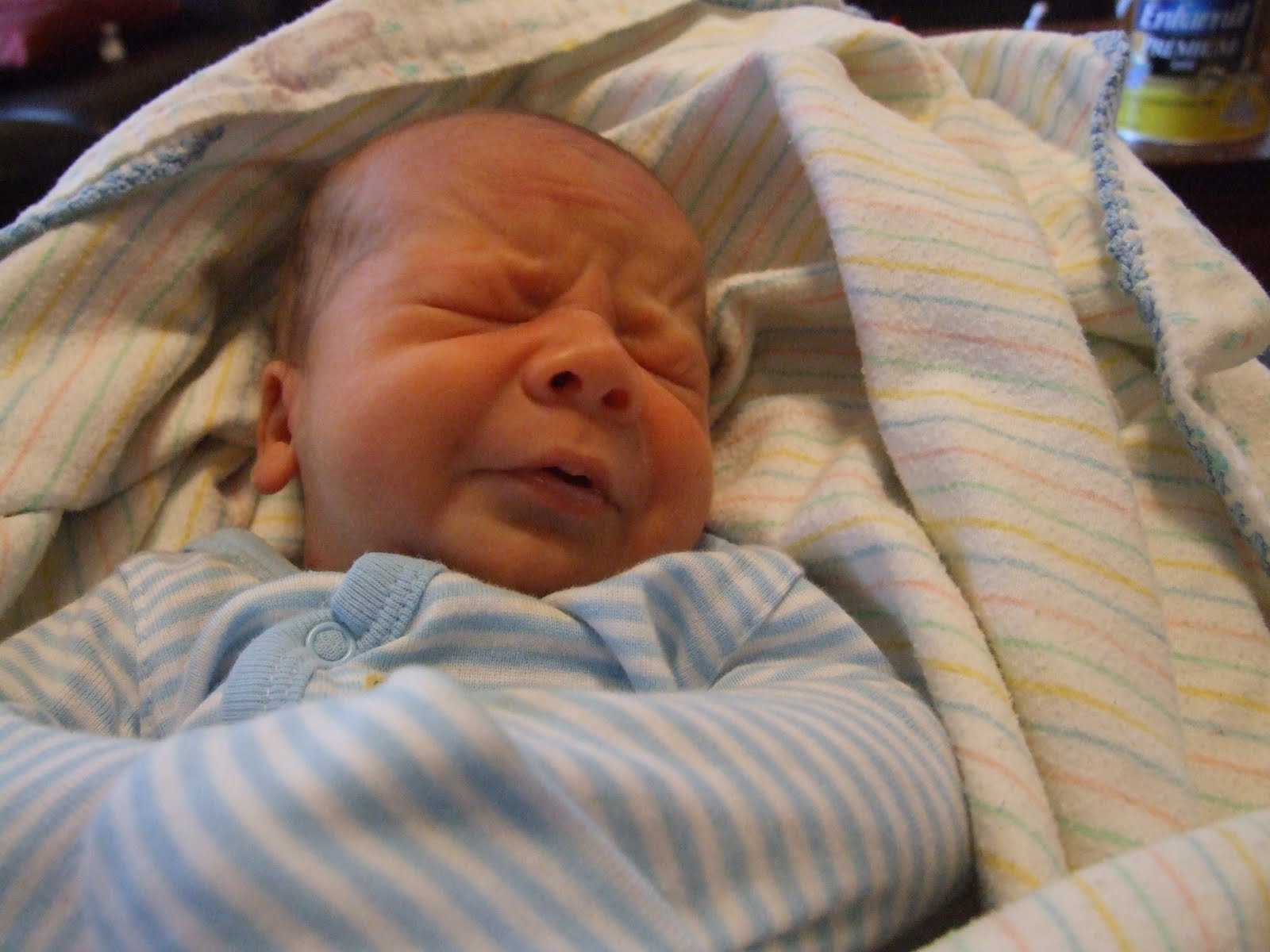 I caught him mid sneeze! 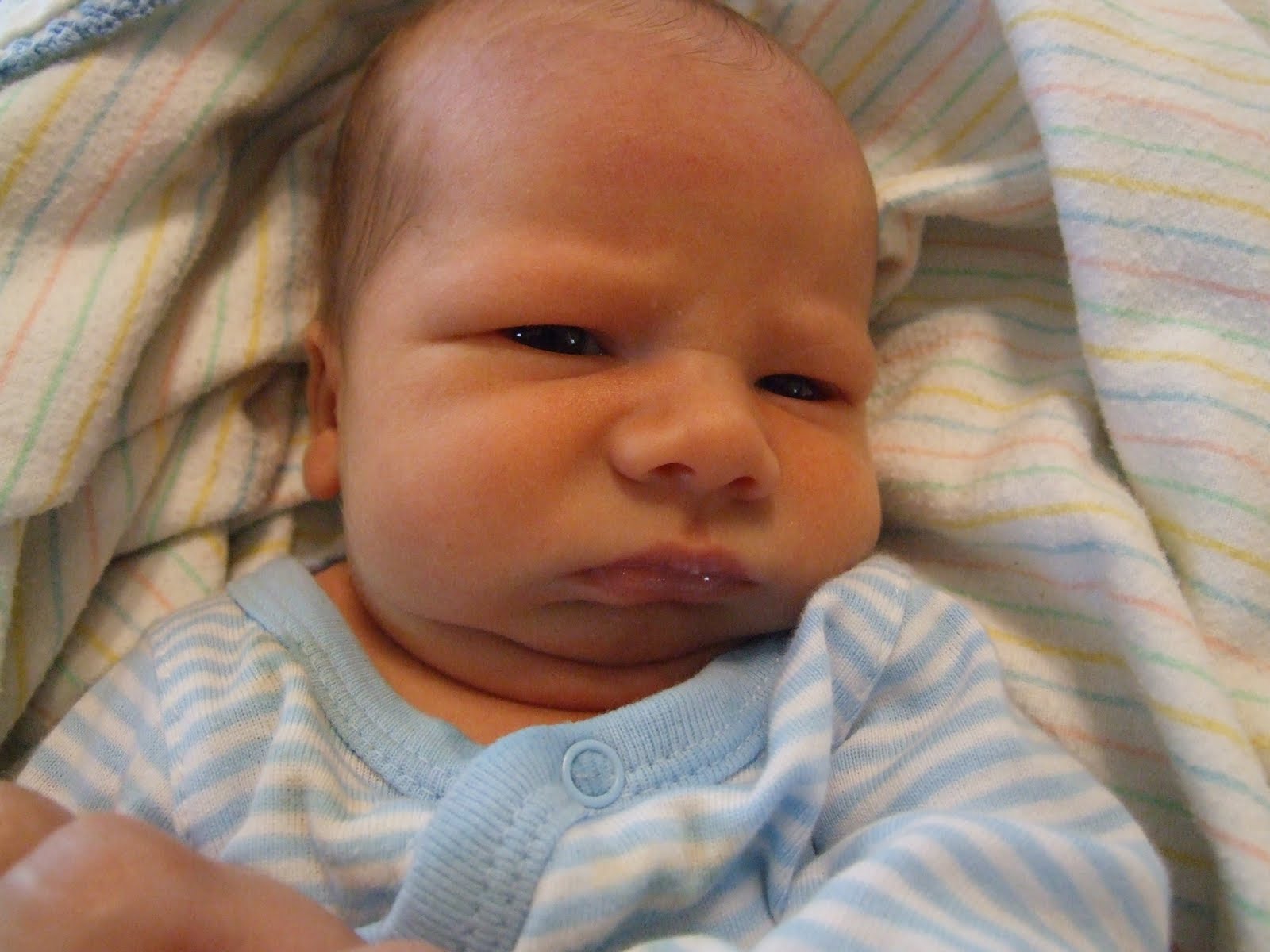 I'm pretty sure that is his "Stop taking pictures of me already" face. 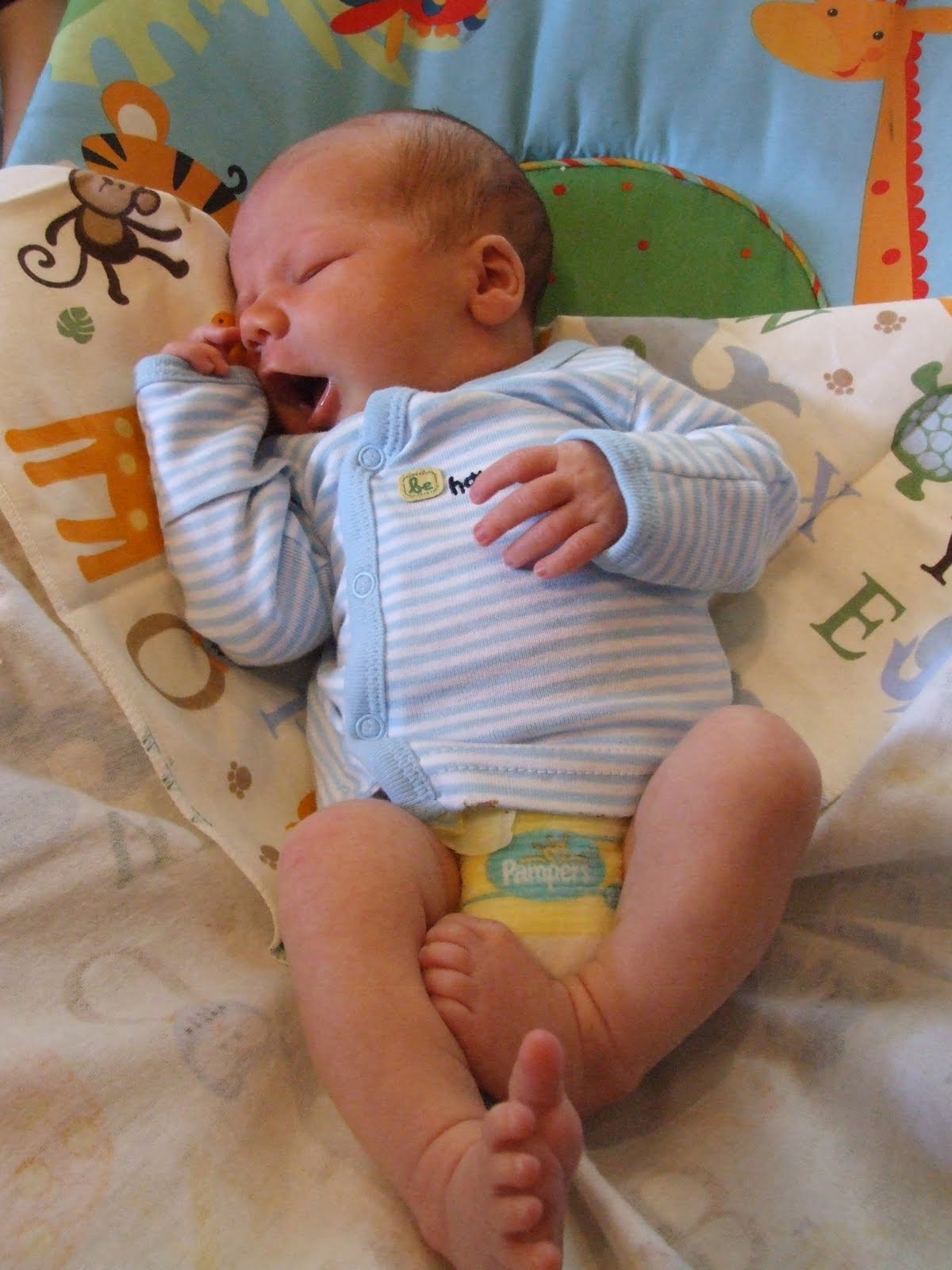 So there you have it. All the pictures we are ever gonna take.

For those of you who are mad that this is the first you have heard about it, I apologize. I was going to be awesome and send out personalized emails in silver envelopes, but there is just so much baby to hold, and 3-year-old to entertain and icecream to eat. I hope you can forgive me.

And thanks to the well wishers and those who have offered to watch Harrison, which I will totally take you up on once he is no longer sick. You guys are nice and I like you a whole heck of a lot.