It smells like poop in here. And now that I've got that off my chest, I have something more to say. Hmmmm. . . . . How to say this without offending either of my male readers?

What is the deal with your freakin' gender? Why are you such babies about food?? Oh yes, I think that worked out nicely. Very tactful. Well done, Elesa.

But seriously, why does it smell like poo in here?


I'm going to try something a little different and talk about my husband. Just this once. Don't tell him, Ok? He is sitting right next to me and all, but he doesn't have to know. He doesn't read my blog - his excuse being that he "doesn't even know how to find it" (sure, good try), so I don't have to worry about that. So, for the rest of you, if we could just keep this between us, that would be nice.

I have a very honest husband. And of course, yes, he is honest is the doesn't-try-to-steal-from-blind-old-ladies way, but he is also honest in the won't-tell-a-lie-to-keep-from-hurting-someone's-feelings way. Even the socially accepted "lies-to-keep-your-wife-from-throwing-things-at-you" are not acceptable to him. This is the man who, when asked by me "Do these pants make my bum look smaller?" said "Uh...not really."

Cooking is fun when I get to try out new recipes. But I have given up trying to find a recipe that will knock my husband's socks off. I don't think I am capable of cooking something he goes crazy over. He will always thank me for dinner, because he really is grateful that I am cooking for him. But if I ask him how the food was, the answer is usually "It was ok", The best I have ever gotten was "It was good" but that doesn't happen all that often. So I just don't ask his opinion anymore. Instead I tell him that if he never ever wants to eat a particular meal again, he better let me know.

Such was the case with this meal: 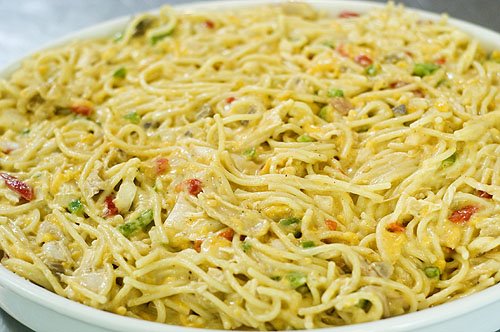 I thought a recipe from a back-country, meat-and-potatoes-lovin', down-home-cookin' lady like The Pioneer Woman would be just the thing for Richard, but he eyed it very suspiciously and looked quite afraid. I tried to convince him that it was going to be delicious because it was The Pioneer Woman's recipe, but he didn't believe me. He did eat it though, out of politeness. It had pimentos in it (and I am not even really sure what those are) and Richard picked them all out. I said "How do you know you don't like them?" and he said "They look funny".

I, however, thought it was really good. Though I think it would have been better with a different pasta, like rigatoni or something, instead of spaghetti.


The good news is I DID find something he likes. These: 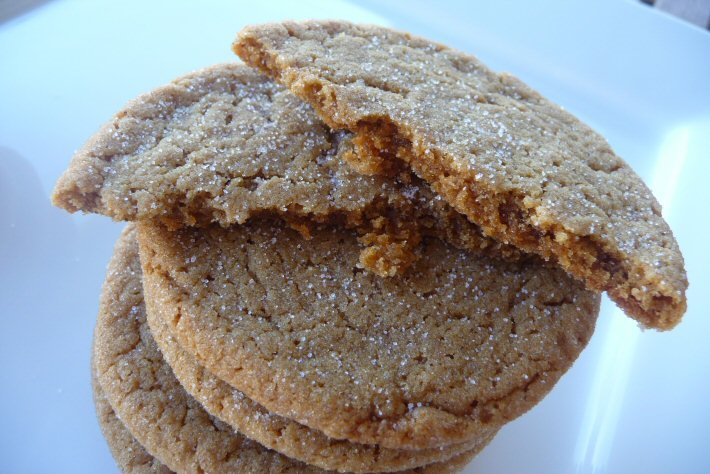 These Ginger Spice Cookies are good. And easy. And since I bought some molasses for something recently, I always have the ingredients on hand. THAT is a huge plus. I was in love from the first. But Richard is nothing if not backward with praise and I didn't even know he liked them until he asked me to make them again. That was when I knew. I found something wonderful, and I'm never gonna let them go!!
Labels: Food