"Why would they manufacture deliberate ugliness unless they wanted me to look ugly? We find that out we find out everything."

The Princess Bride was on TV last night, so we watched it off and on. (That is how Richard likes to watch TV. AT LEAST 2 shows at once, if he can. Preferably more. I think he was watching about 4 different shows last night.) And it got me thinking. The last time I watched The Princess Bride was right after I bought it on DVD, around a year ago. But I still know all the lines. And I know. EVERYONE knows all the lines to Princess Bride, but I started wondering what other movies I have watched over and over through the years? Join me on this thrilling journey into my past! 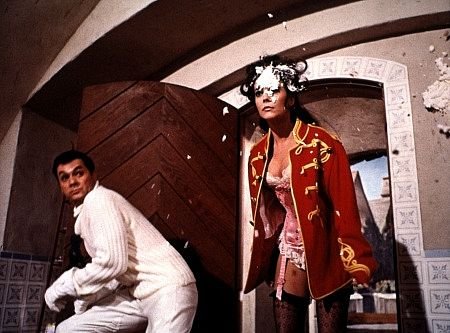 The Great Race: One of the movies we always used to watch as kids. Heh heh, I loved the pie fight. We tried having our own pie fight once, but it didn't really go over that well. Turns out 12 year old boys tend to freak out if they get whipped cream in their eyes. 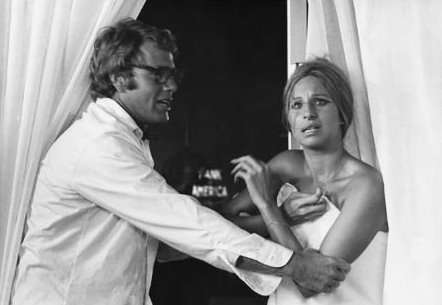 What's Up Doc: It's not even a black and white movie. I don't know why this picture is. 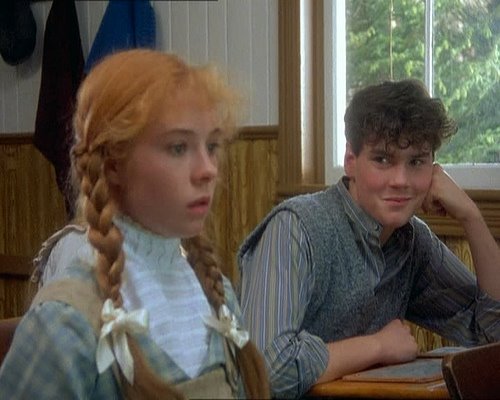 Anne of Green Gables: the TV recording we had was from one of those PBS telethons, so it was full of long segments of a couple of ladies talking in front of a room full of people taking donations over the phone. so annoying! but shucks, isn't Gilbert cute? 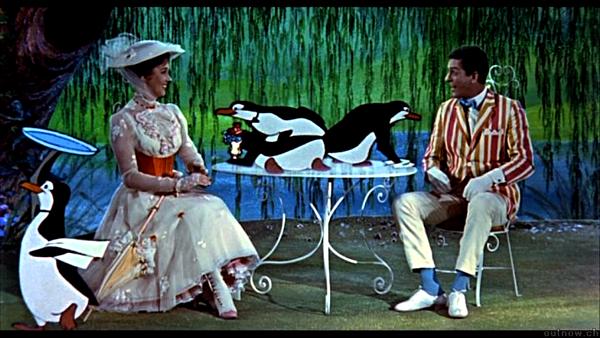 Mary Poppins & The Wizard of Oz: Mostly because my youngest sister Gaea watched them over and over. 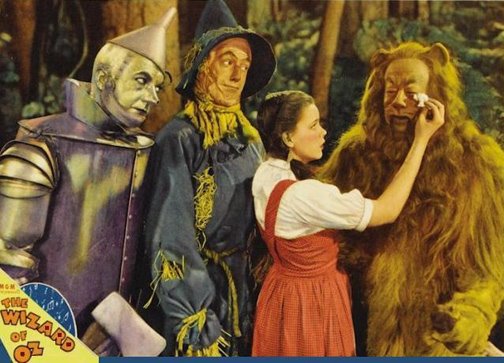 I don't know what this picture is though, since dorothy's dress was blue. Any smarty-pants out there want to enlighten us? 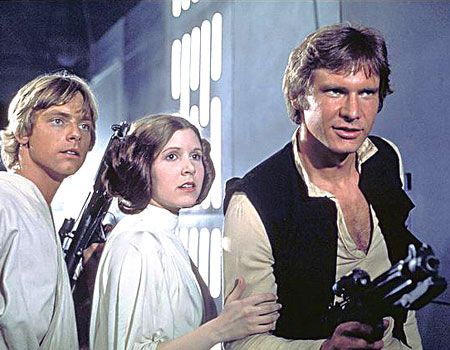 Star Wars: Though it wasn't one of the movies I watched as a kid. As you can see, we mostly watched musicals around our house. 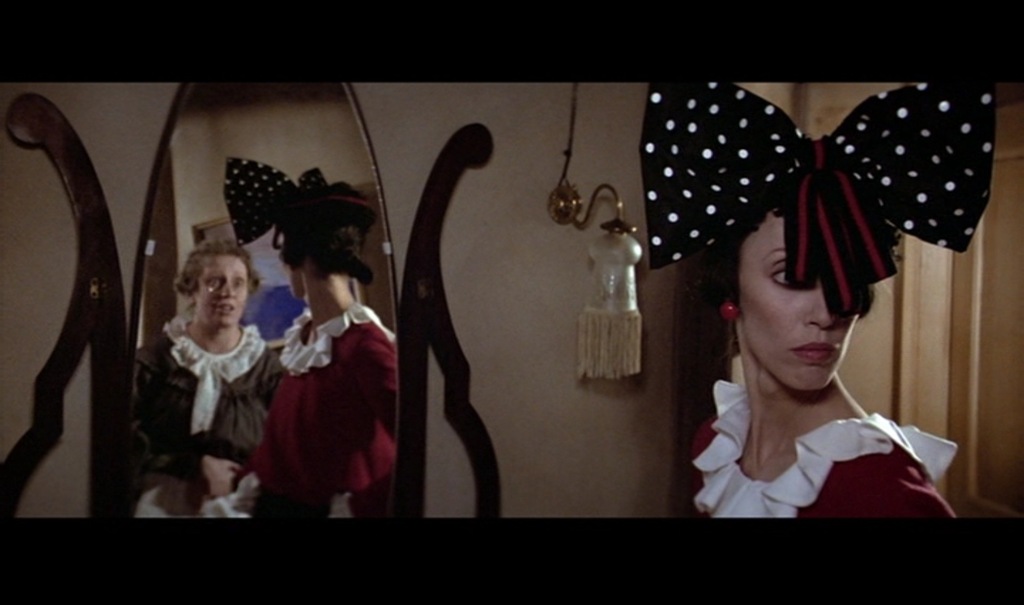 Popeye: Mostly after I got married. Not that Richard is a big fan or anything. But we have a copy (that I am guessing I stole from my parents) and my niece wanted to watch it every time we babysat. And i always watched it with her because it is so good. Oh, and because I am clearly such a great babysitter. 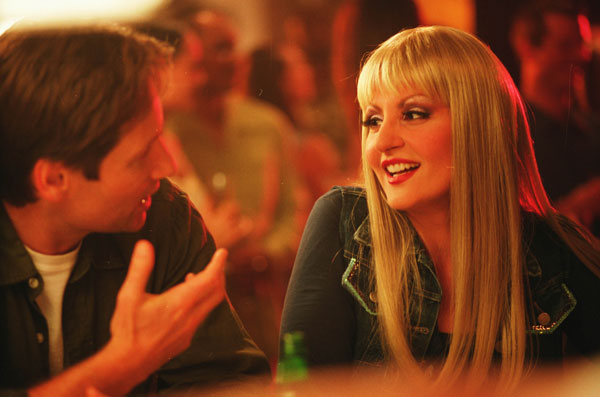 Connie and Carla: What is it about this movie that I like so much? They show it on TV every couple of months or so and I watch it every time. I can't help it. I just like it. 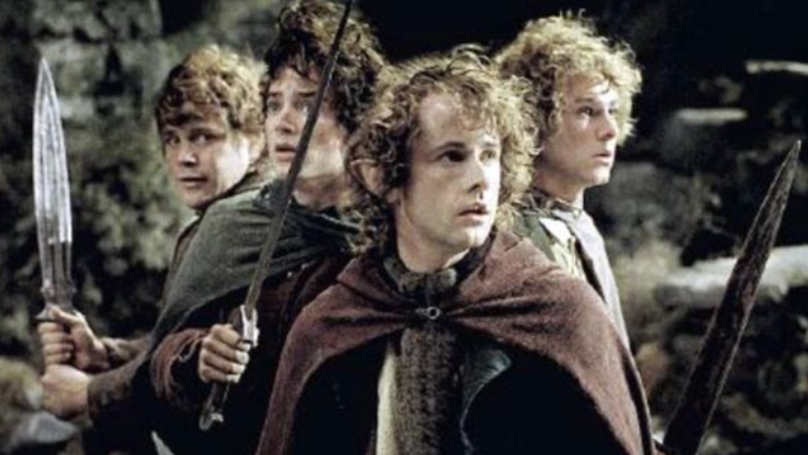 Lord of the Rings: Richard and I watch this every Christmas. We only have the extended version, so a good portion of our Christmas break is taken up this way, but what are we gonna do? Its tradition. And only a fool messes with tradition. 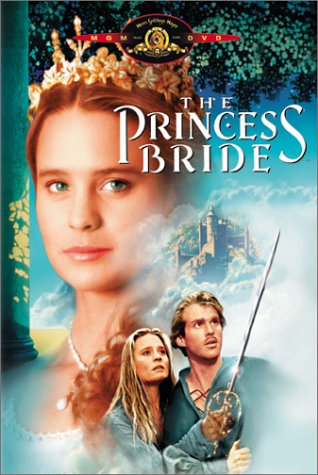 Still, hands down, the movie I have seen more than any other (and I am totally guessing here. I can do that you know. Make up stuff and claim that it is true. It's what separates us from the animals!) is The Princess Bride. and what surprises me that I discovered last night, is that even though I have seen it so many times, it still makes me laugh. 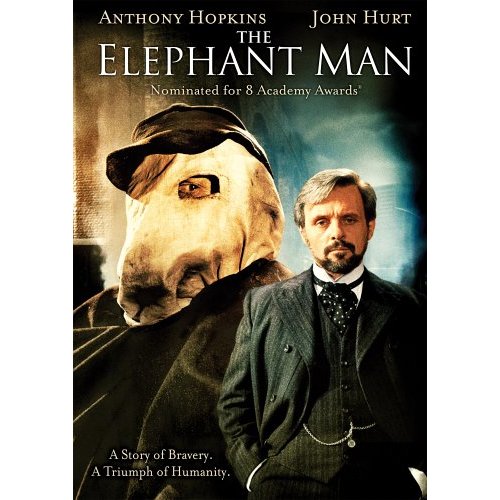 Oh, and of course, The Elephant Man. well loved by all.
just kidding. We watched it once and I was traumatized for a week. Sheesh, look at that picture. it still freaks me out. Anthony Hopkins is Terrifying! Ha. just kidding. he is though. Not to mention the guy with the flour sack on his head. it's creepy! I had nightmares every night.


Not as bad as the time i saw Watcher in the Woods, mind you. THAT was a doozy.

Boy, some of those pictures are crummy. But taking crummy pictures is the other thing that separates us from the animals, so let's embrace it! So, what else? For those few of you who have stuck with this post this far, what movies did I miss? I guess I am really asking my family, not that they will answer. They all lost their hands below the wrist in an unfortunate holiday "accident". Worst Arbor Day Ever.

I know my readers are either nonexistent, shy, or missing all of their fingers, but I want to know: what movies have you seen more than any others? what movies scared you silly as a kid? Come on. just tell me! Spill the beans! AND, for the Grand Prize and a years supply of Turkey Dogs, what movie is my the title of this post from?

Well, gotta go. I've got UHF paused on the DVR and I gotta finish it before I can make dinner. I want your answers on my desk by morning!