Hey! Would you look at that? It IS cake!

So I've mentioned before that I have sorta gotten into cake decorating. And it makes me feel like a spy. Because, like a spy, a cake decorator is only as good as their gadgets. Skill? Practice? Professional Training? Bah! It is all about the tools, and the professionals all know it.

So today we celebrated a birthday for my sister's twins, Gwen and Kreston. And I offered to make a cake. And as you may know, once you start decorating a cake it starts to take on a life of its own and all you really do it just direct it and hone it and turn it into what it was always meant to be.

But I was feeling really bad for all the cakes I've never made. I've got lots of nieces and nephews that I've never made cakes for (all the rest of them, come to think of it) and I really didn't want them to feel second best. A cake from Elesa is like a small piece of heaven after all.

I asked my sister if she had any requests, just for giggles, and then I promptly ignored all of them. I think I was really hoping for a request that was right along the lines of what I wanted to do anyway. but since I didn't know what that was, I had no such luck. And I was sort of having a hard time. I had no intention of making and decorating more than one cake, but how do you make a cake special for a 13 year old boy and girl? I really had no idea. So, I just made the cake whatever shape I wanted, which brought me to this point: 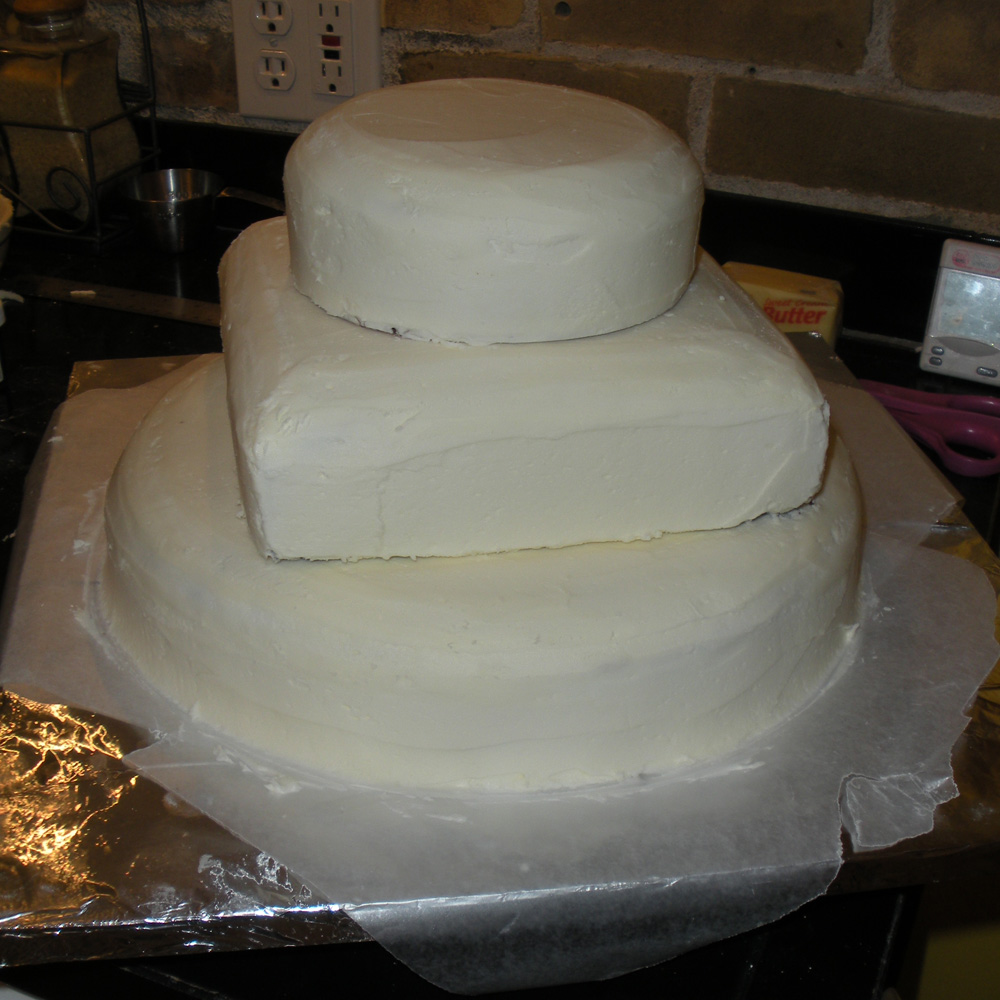 Whereupon I said, "What in the world should I do now?" which led me to the next logical decorating step. This: 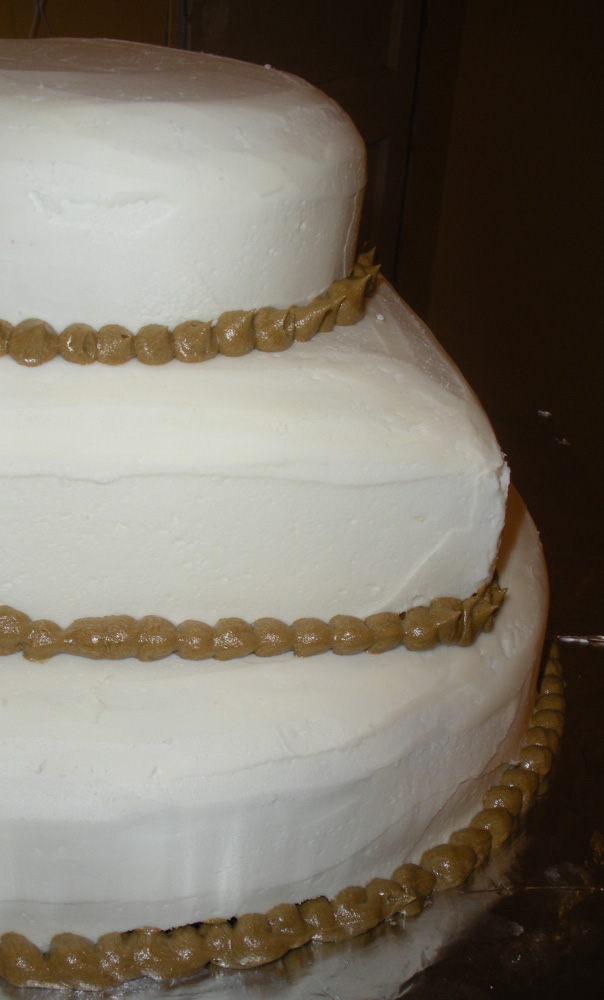 Obviously, right? I mean, surely you would have done the same. It is only natural. I considered calling my sister to ask for Gwen and Kreston's favorite colors, but then thought better of it. If she told me their favorite colors, I might actually have to use them, and what if I didn't feel like it? No, this brown was definitely the right choice. I especially enjoy its Poo-esque qualities: 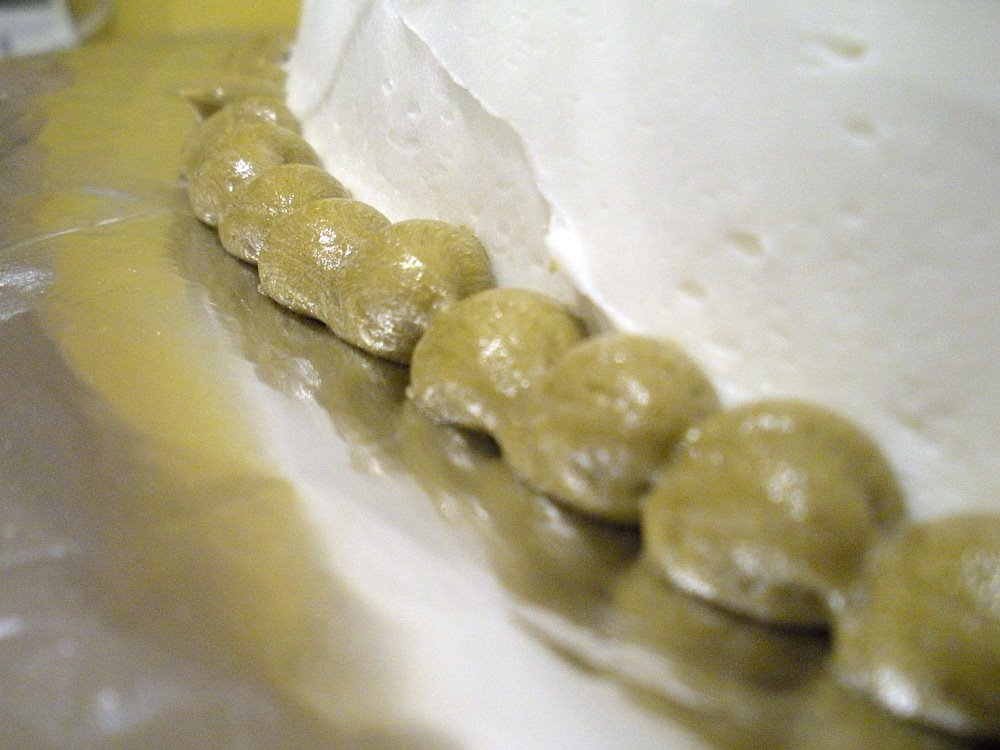 Soothing, isn't it? From there, it just felt right to keep the cake very simple, and write a lovely and concise inscription on it: 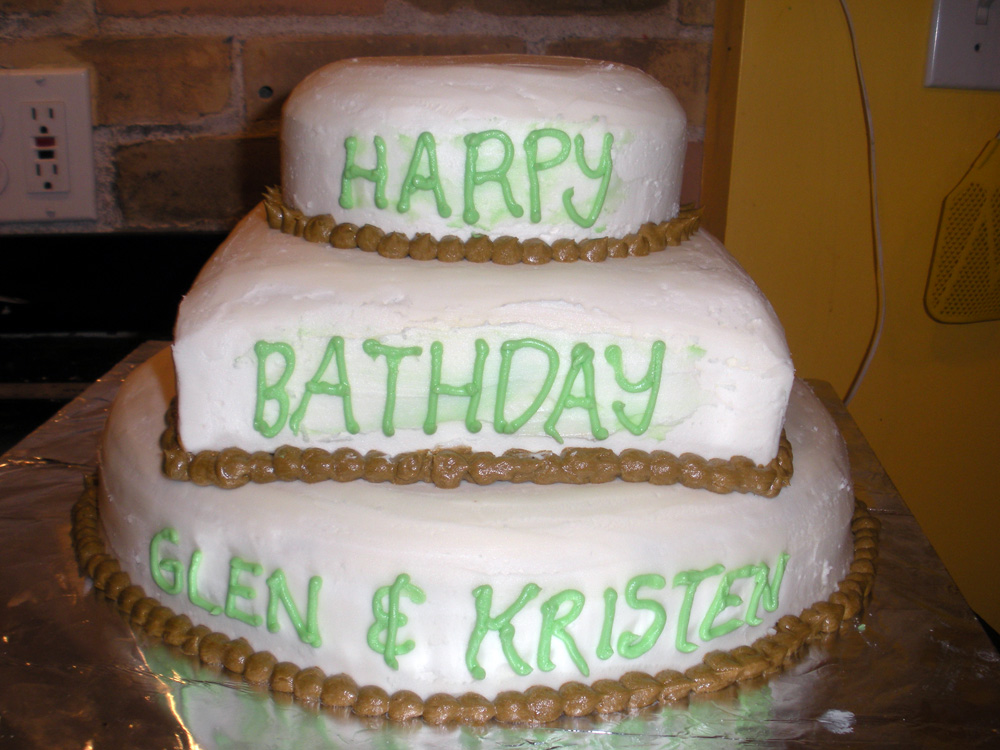 If you look closely you can tell that the first two words were actually wiped off and written over again. That's because I accidentally wrote "Mazel Tov" the first time. Whoops. Rookie Mistake. And I probably shouldn't admit it, but I just could not stop giggling to myself. This cake just tickled me pink. It really captured the essence of what I wanted to convey. I avoided the problem of how to decorate the cake to please both kids by pleasing neither of them. And I like the overall lack of other decorations and fanciness because it really says to every else "Yeah, I made them a cake, but I clearly don't love them more than you."

It also says "Poo Pearls go with everything." Which was way more than I bargained for, and is just really good to know.

(And I should probably apologize to the twins at this point, since I don't really think THEY were all that thrilled with their cake. I guess the one thing my cake didn't convey, if you can believe it, is how much I love the birthday boy and girl, which I do. Small flaw, right? It didn't even taste that great. But gosh, you can't please everyone?)
Labels: Cakes Food