So, I am not a good cook. I'm not being modest. I realize that I lack instinct or natural talent or whatever it is it takes, so I rely totally on recipes. Which is normal and fine, but I am also too scatterbrained or forgetful or distracted trying to solve all of the worlds most urgent problems to really attend to the recipe the way I need to and I am always screwing things up. Once I managed to leave over half of the ingredients out of some brownies I was making, even though all those ingredients were sitting next to me on the counter. And my sister in law Shannan has these delicious bacon-wrapped waterchesnut things that are delicious and I managed to mess them up not once, but THREE times in a row. (And of course I didn't realize that I had left out the brown sugar AGAIN until after I served them to whatever group it was I made them for. Arg! Why is my head full of pudding?!)

I don't really know where I was going with that. But in my attempt to be a better cook, I am working to amass an arsenal of incredible recipes!
Behold: 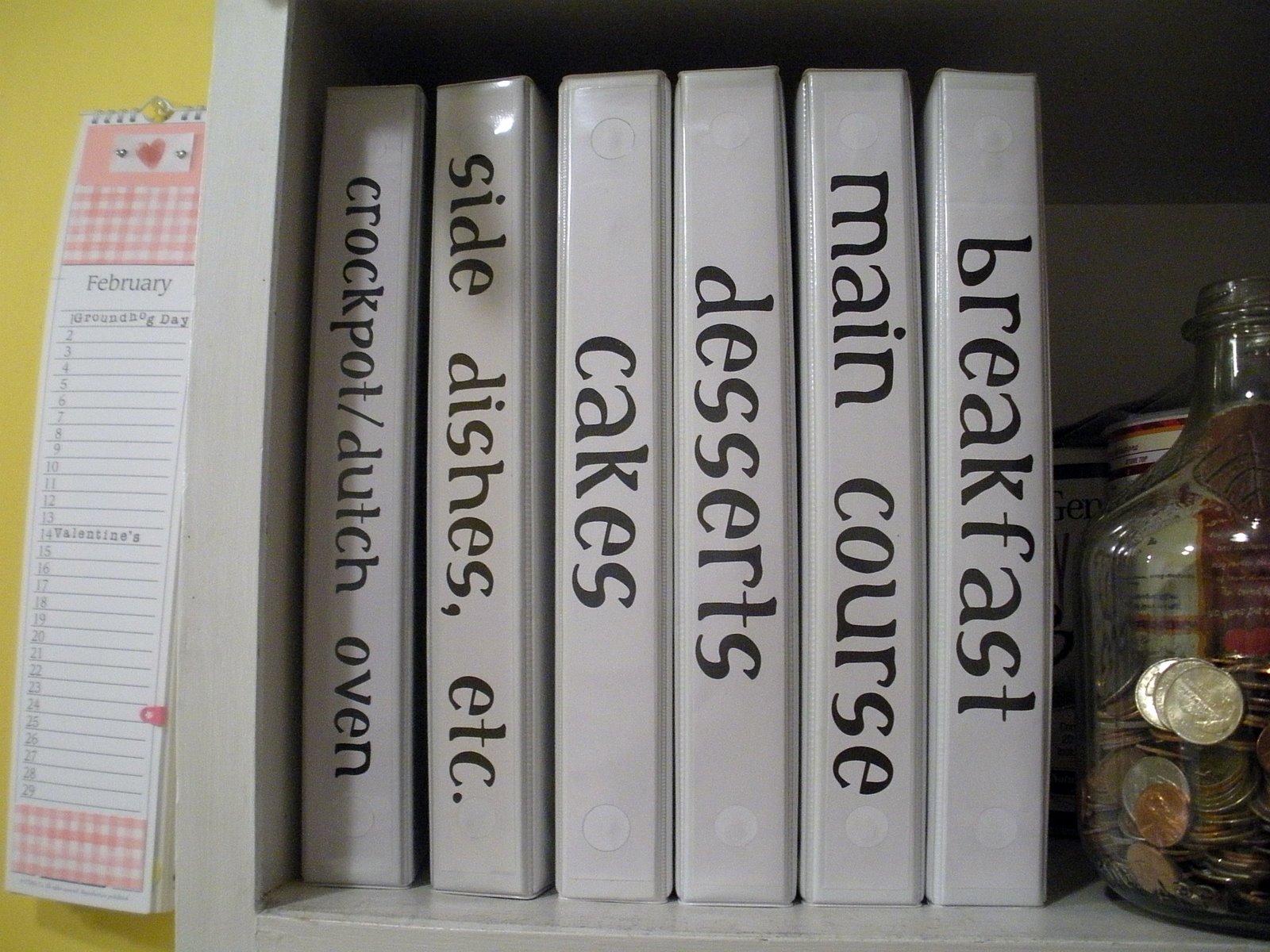 I already had a binder specifically for cakes, and when I finally decided to put a label in the spine and then stuck it back up on the shelf, I decided I wanted MORE! Why have one recipe binder, when I can have six?

Stuff like this just makes me happy. Every time I see them up there it makes me grin. Is it the organization? Is it the font? Is it the promise of lots of wonderful food? Yes, yes, yes and Yes! Will there come a time when I will find it annoying and inconvenient to have all my recipes in separate books? Oh, definitely, but for now, I love it! It shouldn't surprise you that the dessert binder is full to bursting.

And most of the recipes in these binders I have never tried. I have been collecting them for years, and now all the recipes i have never made are in the back. And each week I try something new and if we love it it goes in the front of the binder, and if we hate it we write it a letter thanking it for its time and send it packing. This works for me. In fact, and you may not believe this, but I am actually ENJOYING cooking. And not just baking. But cooking. I like cooking dinner! Can you even imagine what that is like? Ok, some of you can. But I know some of you CAN'T, because I used to be you.

So I'm going to let you in on my new motivation. I don't know if it will work for you, but it certainly did something for me. And my husband has never been this well fed or this happy.

Ok, there is probably a lot for you to look at, so let me show you a picture or two from one of their recipes I was most excited to try: 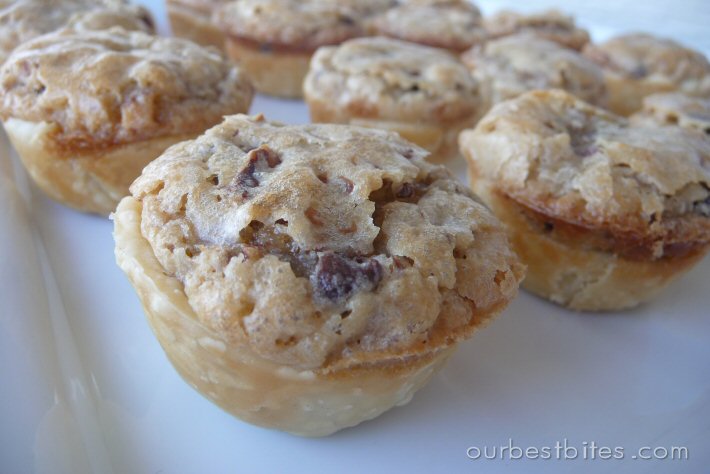 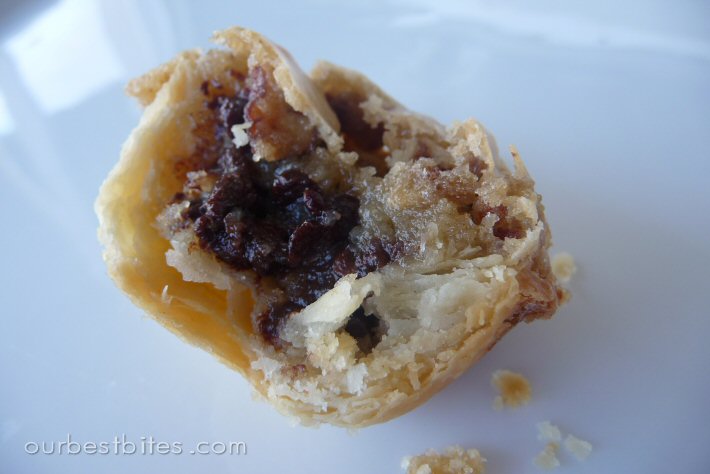 Gooey Cookie Pie Bites. Mmmmmmm. Could you just suck on your monitor? Oh, those pictures make me want to cry a little, they look so good. I was actually almost more excited to make those yesterday than i was to go see Star Trek. (Which was, you know, a LOT.)

This site is full of great recipes, and the girls are funny, but those pictures cast a spell on me. When i see food that looks that good, and is described as deliciously as they describe it, it is all I can do NOT to cook it. I've got a couple of Rachel Ray cookbooks that I was really excited to get, but I've never cooked anything out of them because there are no pictures!

Again, I don't really know what my point is. I told you I would be rambling. Don't blame me that you have come this far and devoted all this time only to find out that I don't have a point. I warned you.

So i made those cookie pies, and they tasted good, but didn't look pretty. 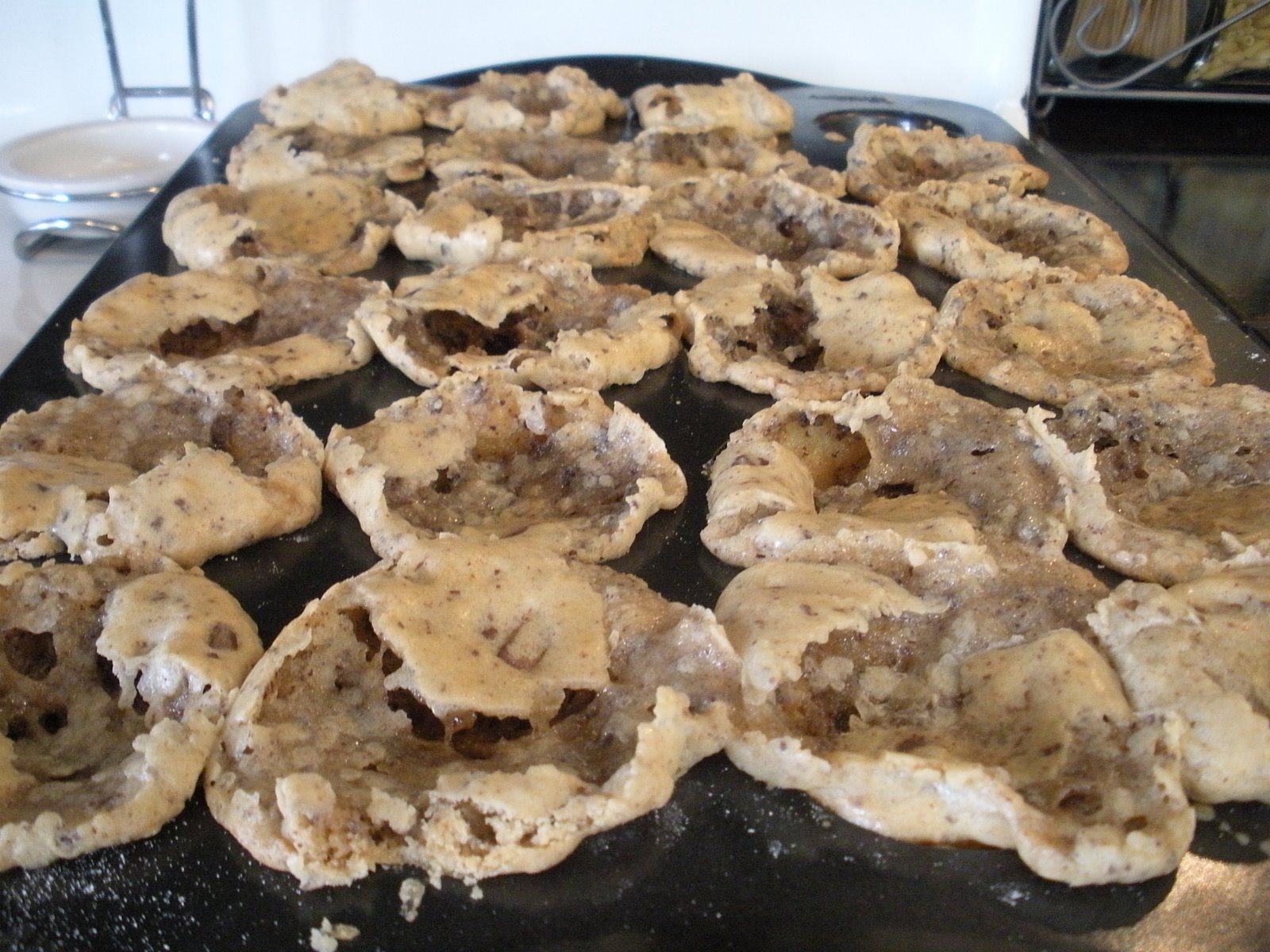 See the picture from Our Best Bites? Mine don't look like that. I'm sure I followed the recipe right, so i made them again today and tried to compensate for the defect in my oven (a logical thing to blame) but they turned out worse! Phooey.

I did however use the extra pie crust and managed to successfully make some Crusties. 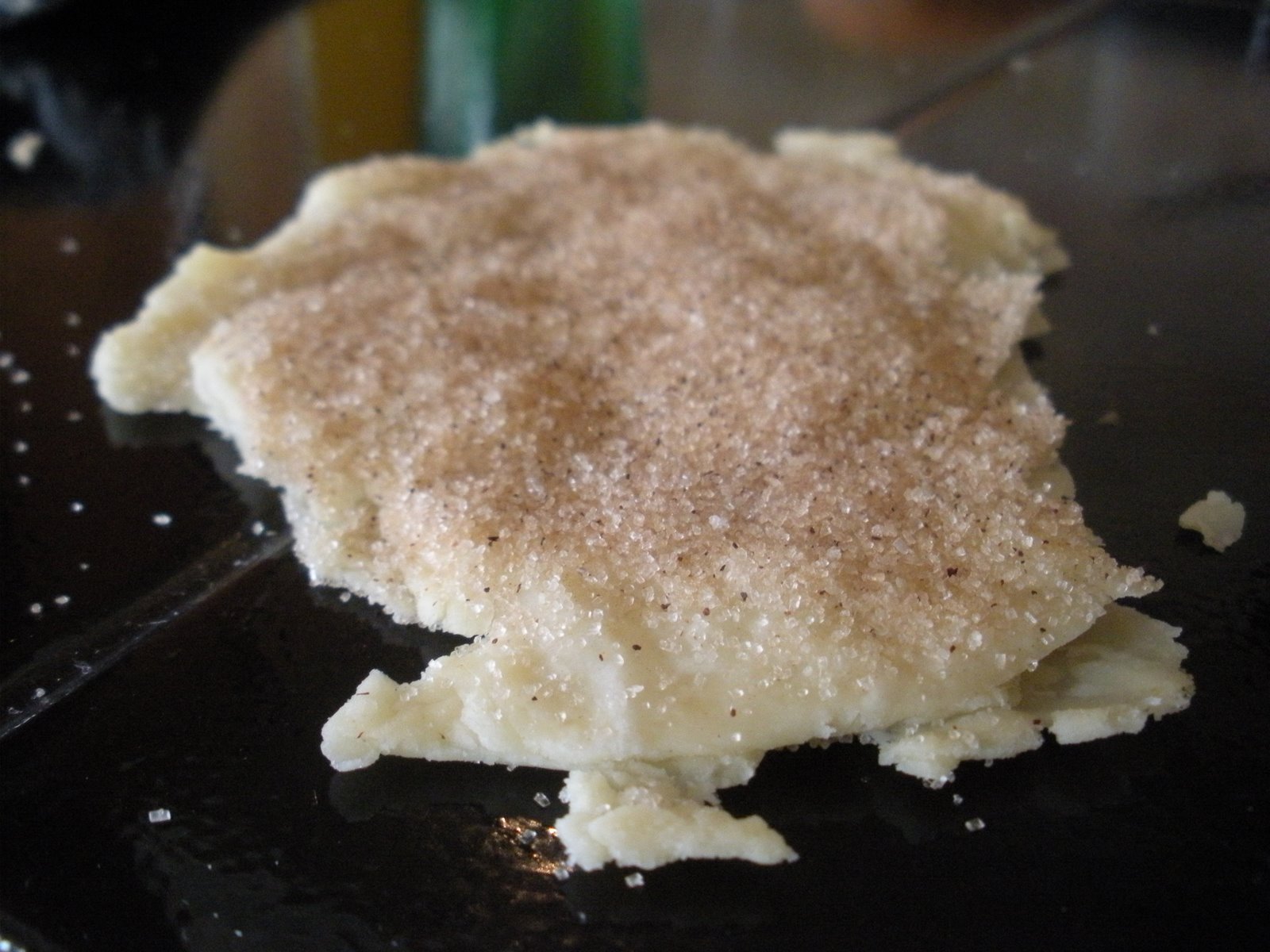 that's what we used to call them when we were kids. I try not to call them that now though. Tends to give people the wrong idea. Ok. I think I am done
Labels: Food