We decided to wean Harrison off his bottle. (Well... wean isn't really the right word. We forced him to give up the drink cold turkey.) I'm not really sure why now. It seemed like a good idea at the time. I took one of his bottles and cut the tip off and told him that it was broken. When I have tried in the past to give him a cup instead of a bottle he would just get mad and dump the cup. But now he looked kinda concerned for his poor, fallen bottle, but was willing to take the cup, because that is all there was. And when, later that afternoon, he actually chugged some water out of a cup, which he has never done before, I proudly patted myself on the back for my skill and efficiency, convinced that I was a great weaner.

But by that evening, I could tell that he was sick (the boogers are what gave it away) and he was in a horrendous mood. My sweet, angelic little boy turned into a furious, tiny monster. I can see now a thousand ways that would have been better to wean him than cold turkey, but it was already too late.

That was Thursday. Now it is Monday. And it has been quite an exciting weekend (exciting, as in: my shoelace is stuck in the train tracks and there is a train bearing down on me, and oh look, here comes a black bear who is probably going to eat all my major limbs before the train even kills me. Exciting!!) I kept thinking that what we needed, what HE needed, was another little source of comfort. His bottle was his woobie. So he needs a new woobie. I tried to surreptitiously get him suddenly attached to something new, but he wasn't interested in a blanket, or sucking his thumb. I thought for a while that the darned singing Elmo might do the trick, but GRATEFULLY, no. I was even ready to get him to fall in love with a binkie, but I couldn't find one.

However, as is the way with these things, if you leave them alone, they usually work themselves out. Last night, as I sat in his room and read while he laid in his bed and didn't sleep, it dawned on me that he just might have found something new to comfort himself. It took an hour and a half for him to fall asleep. And in that time he didn't cry. Didn't fuss. Didn't look at his book, didn't play with his little stuffed dog, didn't sing to himself, didn't pay any attention to me. He could have done any of those things, but he didn't. Instead, he spent an hour and a half picking his nose. If that's not comfort, I don't know what is. 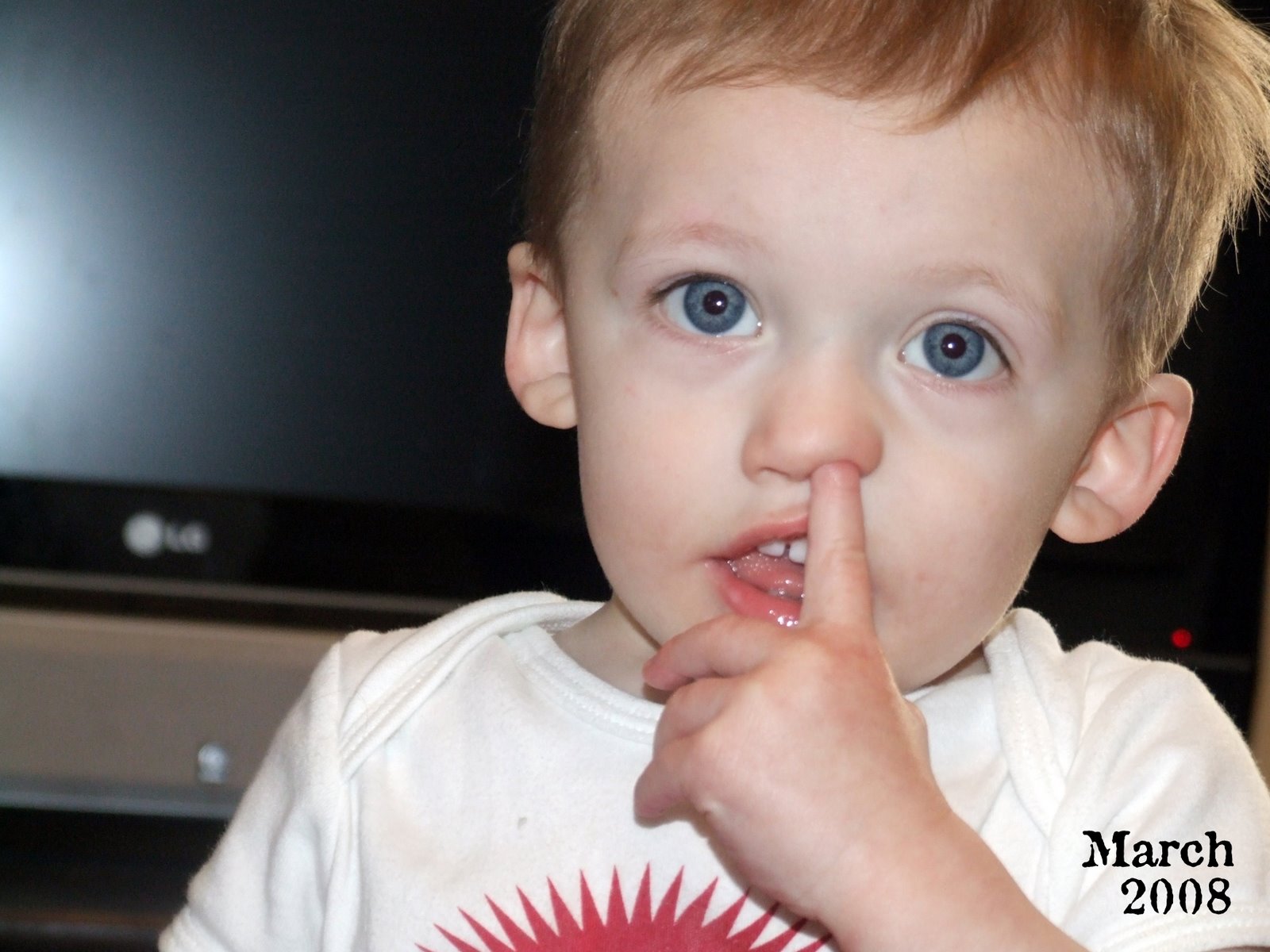