These are the cupcakes we made for his party. Didn't turn out QUITE like we planned, but Harrison never knew the difference. And it looks like my camera is having some serious problems. Poo. 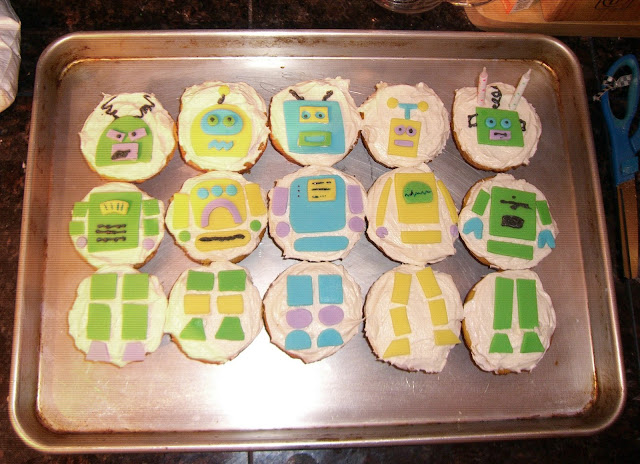 And then there was snow! 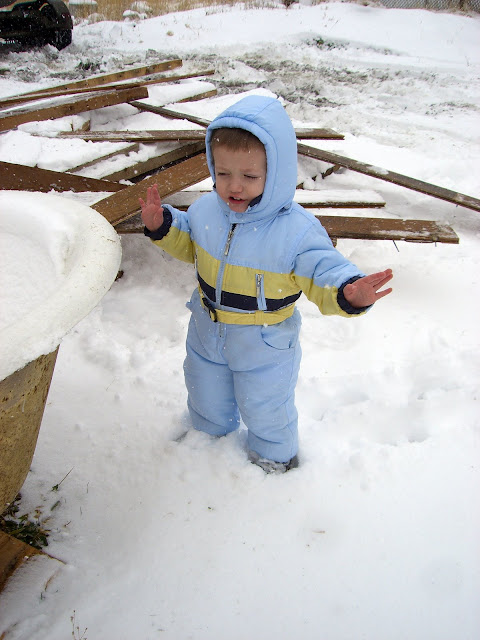 Something about this snowsuit made me laugh so hard that I could barely manage to take his picture. He let me put the suit on him, which surprised me (he NEVER wants to let me put a coat on him) but when it came right down to it, he wasn't all that excited about actually standing in the snow. After a few seconds he just had me carry him, which he thought was way more fun. 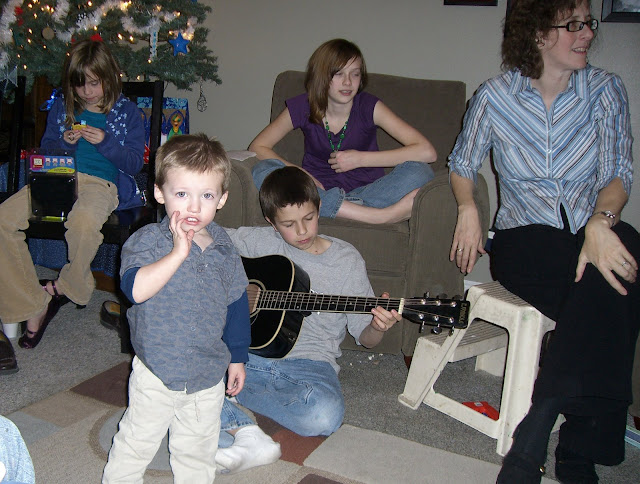 A couple of weeks ago we had a Christmas Carol sing-a-long at my parents house. Lots of people, lots of treats and lots of singing. Fun! Toward the end my nephew Kresten brought out his guitar to accompany us. Harrison thought that was pretty cool. So he danced for a while, then, while Kresten was playing "Silent Night" Harrison went over and sat right down on Kresten's knee. We all tried to keep singing even though we were laughing. And then Harrison found a stuffed toy on the floor, and started bonking Kresten on the head with it, all while he was still trying to play his song. No one was singing anymore because we were laughing so hard. As Fae said, "Classic Harrison!"
Labels: Cakes