Well, tis that time of year again: Oct. 29th! Hooray! By this time each year most people already have carved and lit their Jack-O-Lanterns and have them proudly displayed on their front porches. We aren't those people. We seem to have bad luck with our pumpkins, and by this time each year, we are still displaying our pumpkins, but with more dismay and amusement than pride.

Last time we carved pumpkins we did it early in October. Bad Idea. It got really, really warm that year, and the pumpkins were so JUICY that they just eventually gushed out all over the porch. This is Richard's from that year. 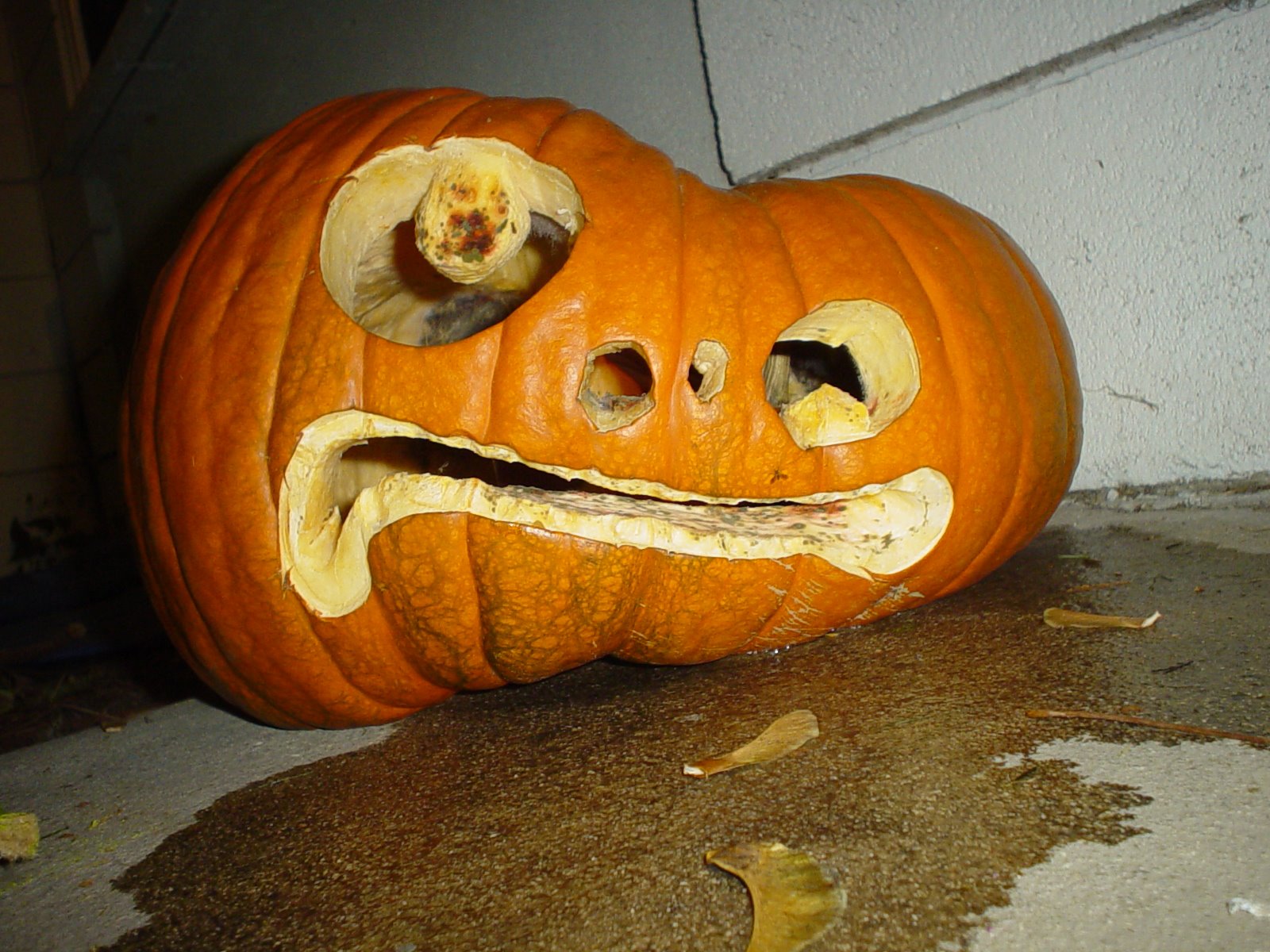 Ewwwww.
So we decided to try it again this year, but waited until a little later in the month. We carved pumpkins a week ago with Stewart and Anne. I don’t think it would be exaggerating to say that they were the most perfect Jack-O-Lanterns the world has ever seen. The husbands decided that stabbing the pumpkins with knives wasn't quite a strong enough display of their manliness, so they used power tools instead. That really sped things up. So anyway, it has only been a week since the creation of these Halloween beauties, but they have not aged well. 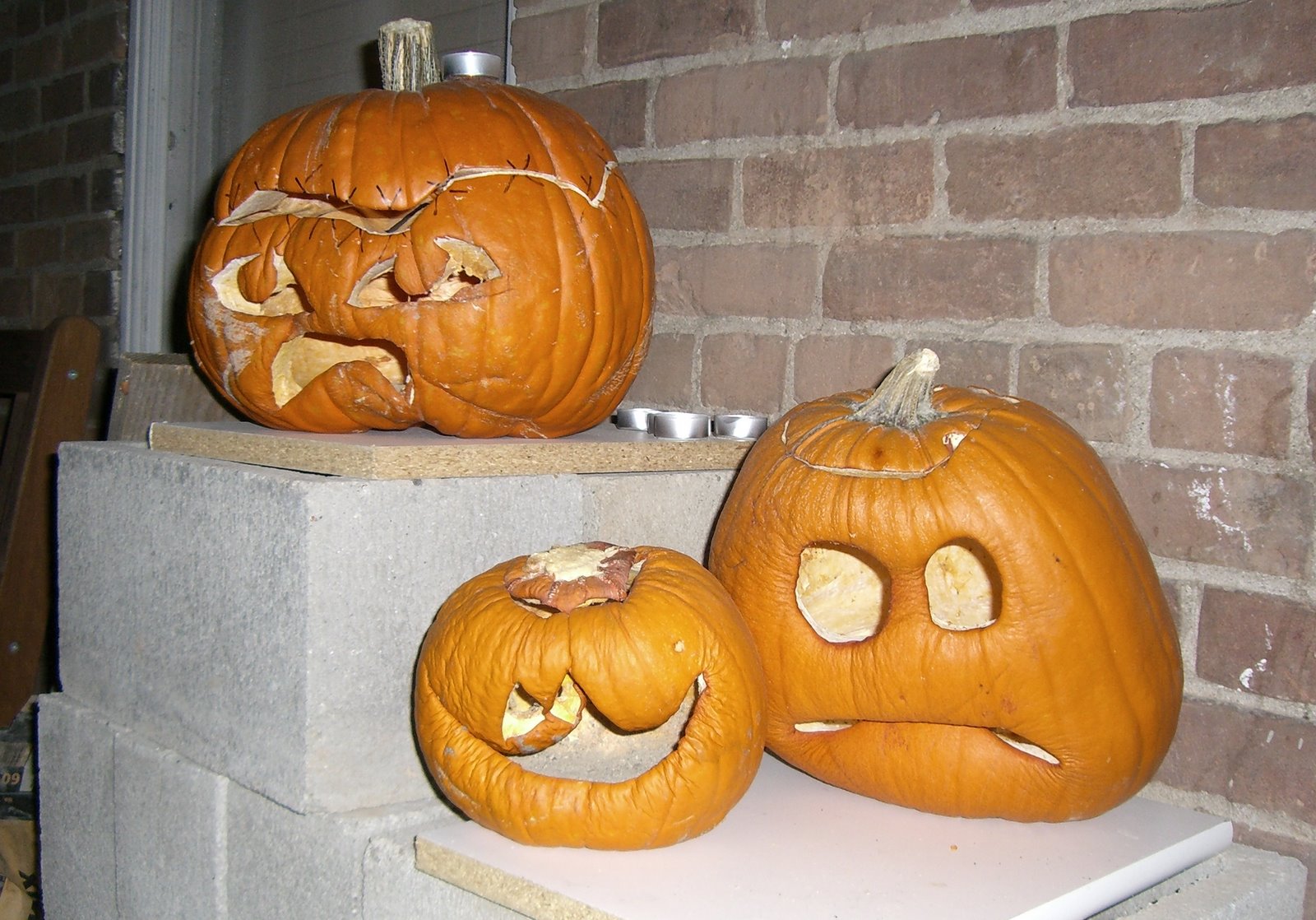 Instead of scary or happy pumpkins glowing with an inner light, they look like shriveled, deformed old men. This pumpkin on the right is shriveling so much I'm pretty sure his chin is going to recede to the point that he will fall over on his face. And that big pumpkin on the left reminds me of that garbage heap lady from "Labyrinth". You know the one?
Sigh. I might just have to suck it up and admit that these pumpkins have given up the ghost.
Labels: Thoughts