Harrison was due in December, so we started working to get his room ready. I don't know the dates on this. Harrison has sapped my documenting abilities. Probably started in Nov 06. Harrison came Dec 21, so when we had a little more energy we got back to it. Only thing I know for sure is that we painted in May 07. The blue was not what we wanted. It was a lot darker than we planned, so eventually Richard picked out a new color online, and went back to the store and bought some more. We tested a bit on the wall, and wouldn't you know, it was exactly the same color! I'm sure that says something about us subconsciously. I just resorted to mixing some white into it and that is the color on the walls now.

So this is before: 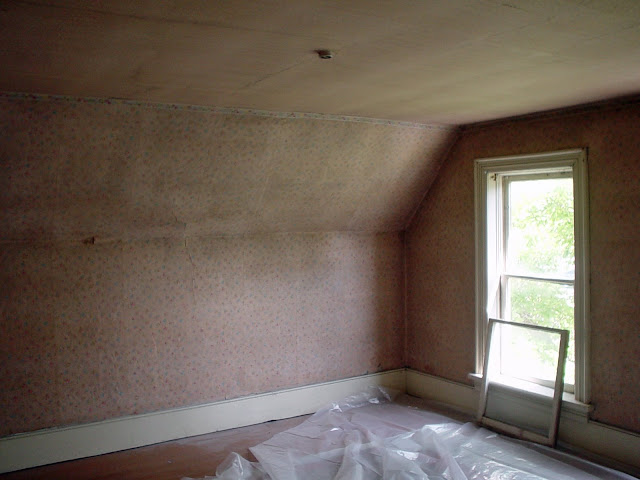 I know the picture hardly shows any of the room. But that is pretty much how it looked all the way around. We shortened the room some to put in a closet, and also have space to run the chimney from the fireplace, the vents for the heater, and all the pipes and electrical work.

And here is the room now. The robots have taken over, but hey! It comes complete with one very cute little boy! 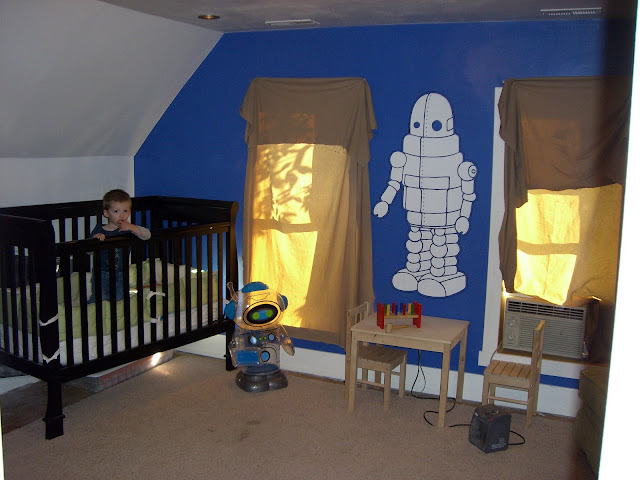 The robot on the wall came from here. It was a download from a Creating Keepsakes magazine. I blew it up with an overhead projector, then traced it on the wall and painted it. 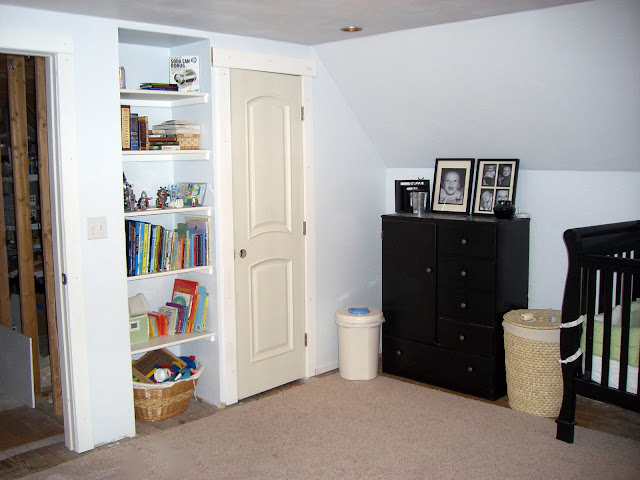 That dresser is the one Richard had in his bedroom growing up. Something about that just makes me happy. I sanded it, painted it, and put new knobs on it. And, since this is the Me show, I also put all the shelves in that wall nook all by myself. Hooray!
Labels: Remodeling