It is very hard for me to write serious things, but I am going to try. So no laughing. Just a few days ago I watched "The Flight that Fought Back", a documentary on the Discover Channel about United 93. I had had it recorded for a couple of weeks, and I almost didn't watch it, but I'm so glad I did. It was awesome. I was on the verge of tears throughout the whole movie.

Though at first I was a little upset by it. It sort of seemed like they were the only flight brave enough to fight back, and that the people on the other flights obviously weren't. But that wasn't the message at all. They fought back because their plane took off late, and the guy who was going to lead the attack and fly the plane sort of dragged his feet. Which means the passengers on the plane knew what was happening in New York and Washington D.C. and knew exactly what was going to happen to them.

And they fought back because they got mad, and simply weren't going to sit there and take it. They showed a clip in the documentary of the terrorist guarding the cockpit cringing in fear as the passengers on the plane all rushed him. Those left in the cockpit knew it was over, and crashed the plane right where they were - middle of nowhere Pennsylvania.

There is a time to sit back and just see what happens, but sometimes, when we have enough information, it is our responsibility to act, no matter the cost.

Richard and I went to New York a few years ago. I wanted to post some of the pictures we took, but this was 2005. There really was nothing to see. See for yourself. 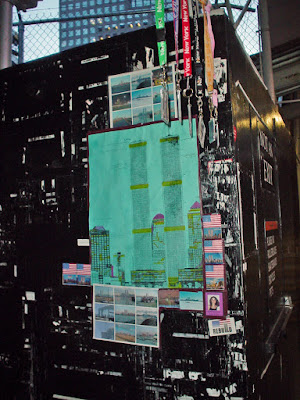 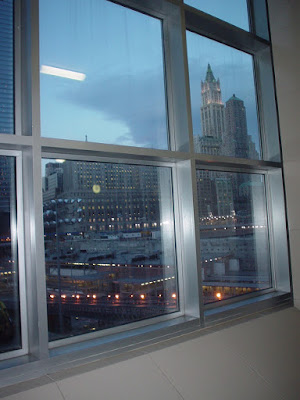