We started with the Bathroom 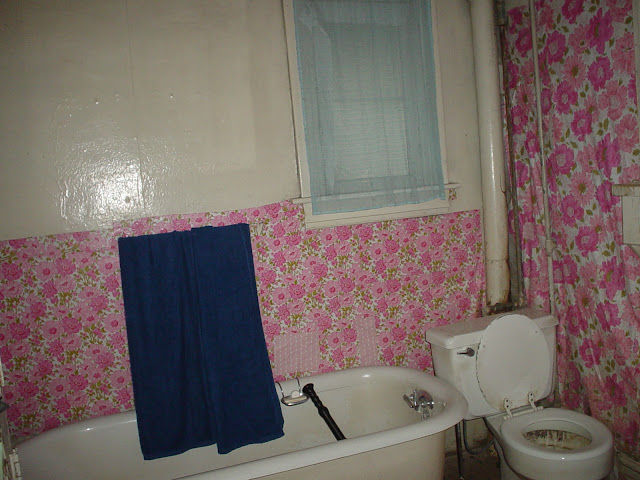 That's not a curtain on the right wall. That's the wallpaper. Yeah. It was that awesome. All the pipes were completely rusted, so everything had to be torn out. When we pulled up the linoleum (is that what it was? I don't really remember anymore, and I'm sure not going to get up off the couch to go look it up in the album) we found a bath mat nailed to the floor underneath it. The floor boards were rotted - that old lady must have had some pretty wild baths in there! - and when we tore them up we found the joists were rotted too. So for a while the bathroom was just a hole in the ground. 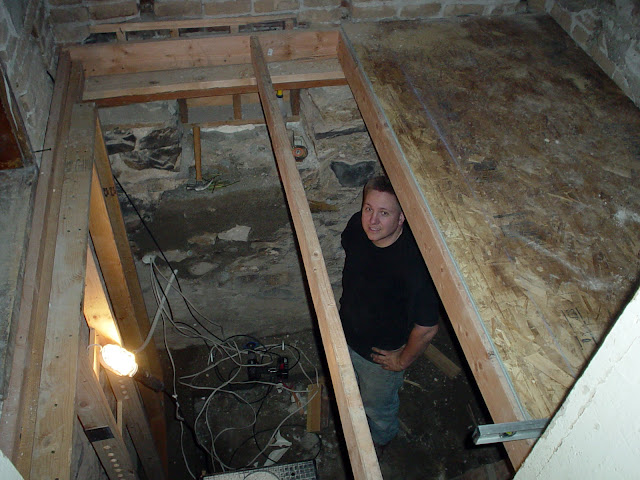 Well, we did all the stuff you do to a bathroom: ran plumbing,
electricity, put in a floor, etc. (January 2004 - March 2004). It was a very exciting day when we got the shower in. It was our first tiling job, and as such looks ok. 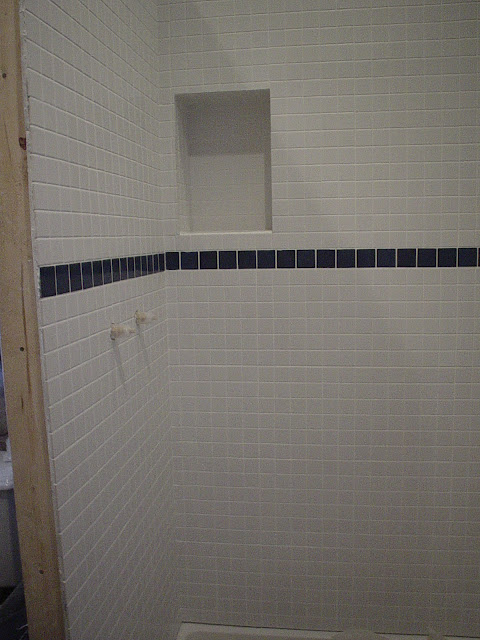 The bathroom is unfinished at this time, because as soon as it was functional we decided it was time to move on to more urgent projects 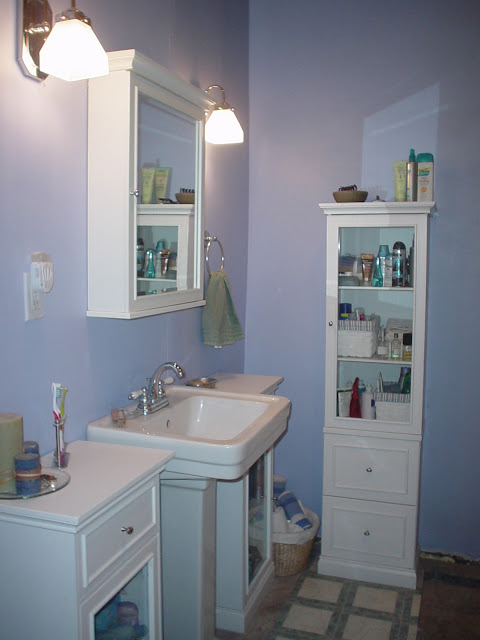