A few items worth of note:

I made this vanity: 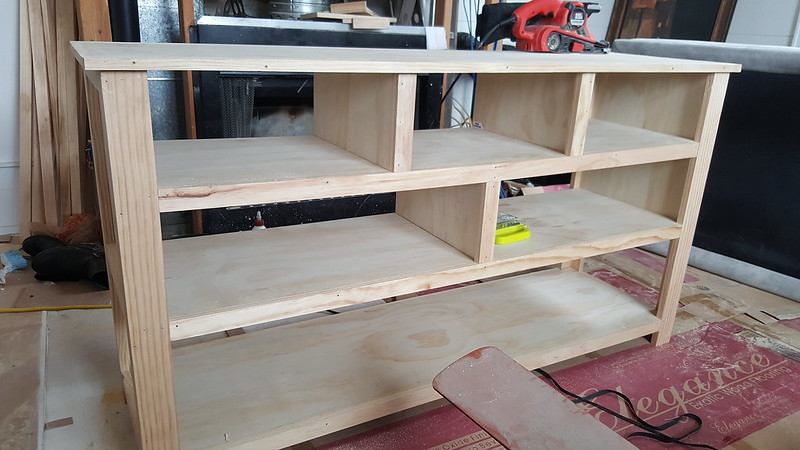 Using plans from Ana White.  A year ago I got it into my head that I wanted to build the bathroom vanity.  I'm ambitious like that.  As time progressed and as I got busier, I started to think it was a bad idea.  But I had already told the builder that I was going to make it so the cabinet maker wouldn't have to (his price was $800) and I didn't want to deal with telling him that I had got too lazy.  So, after putting it off as long as possible, I just did it.

I finally got the walls painted in my bathroom too and tried to put the vanity in the space designed for it, but it was too big.

So I got out the belt sander, sanded some off until it would fit, then stained it and pushed it into place. 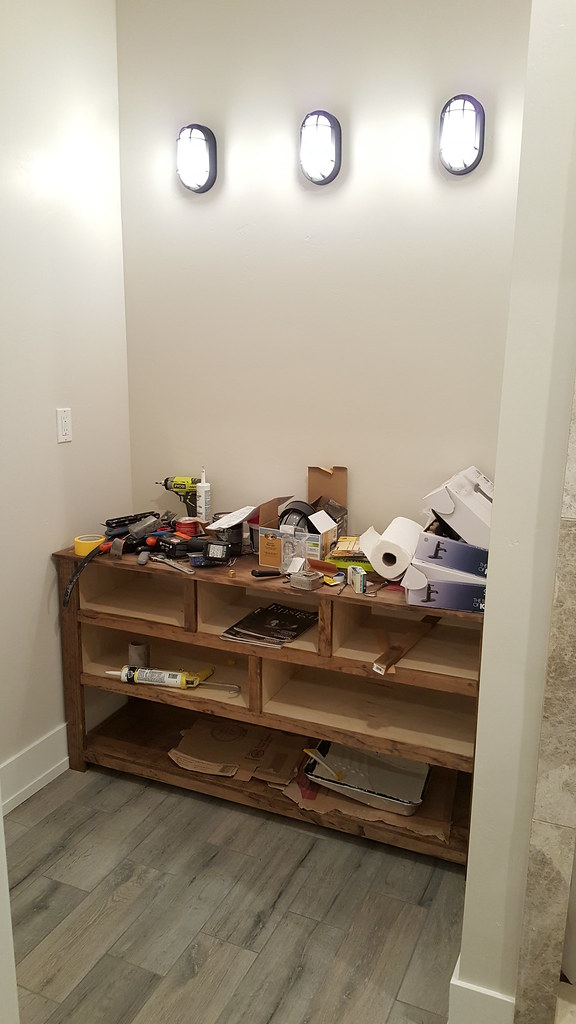 You know how that scientific phenomena goes: Nature abhors a vacuum and clutter abhors a surface.  We really need to figure out somewhere to put our tools, but right now most of them are on our bathroom vanity.  I haven't built the drawers for it yet, because we've still got to put the sink in and run the plumbing to it and I'd like to build the drawers to fit AFTER that part is done.

We're going for kind of an industrial look in here, and I thought these bulkhead lights would be cool as vanity lights.  Plus, they are only $16.00 a piece from Home Depot.  Win-win! 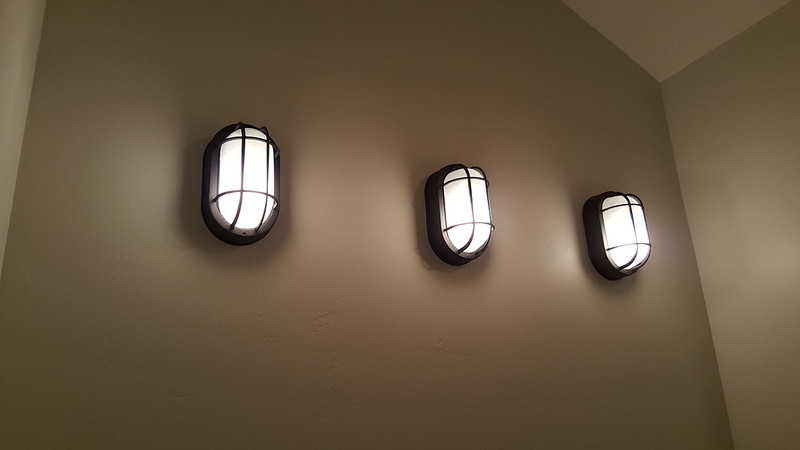 And when the time was right, that is exactly what he did: 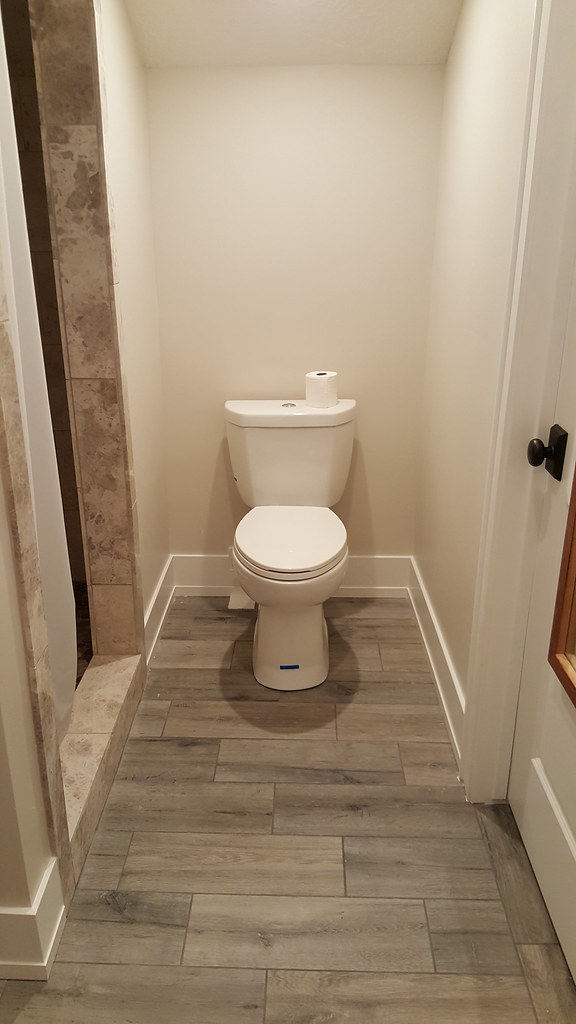 And here is the shower, if you care: 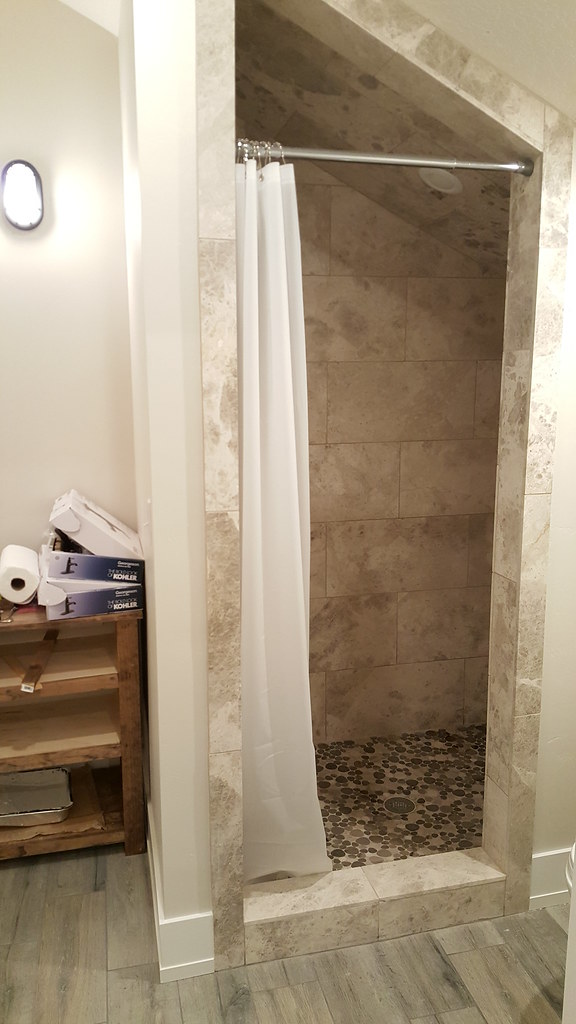 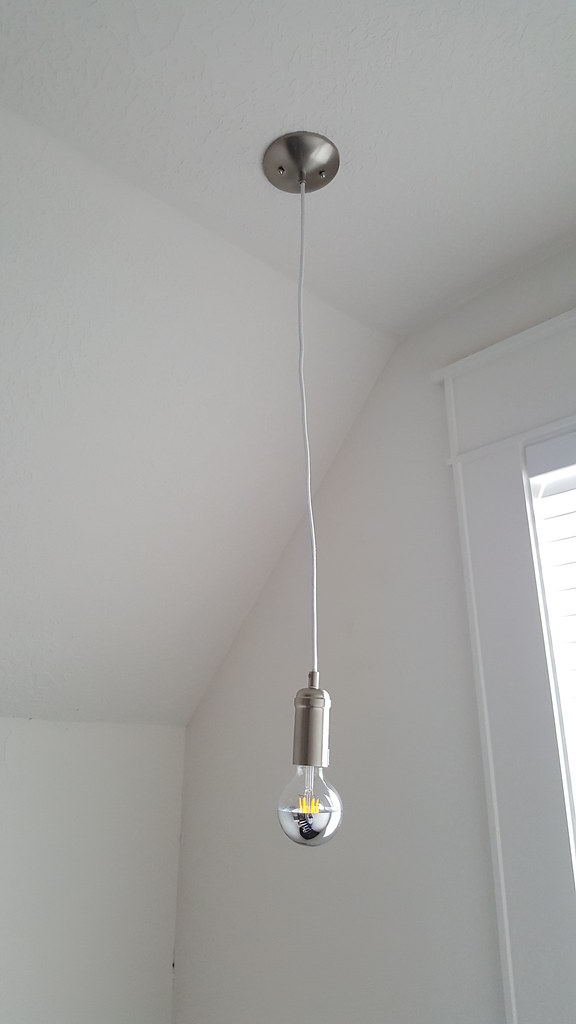 (I know it isn't hanging straight.  I just installed it today and I'm confident that given time, gravity will do its thing and straighten it out.)

And last of all, these: 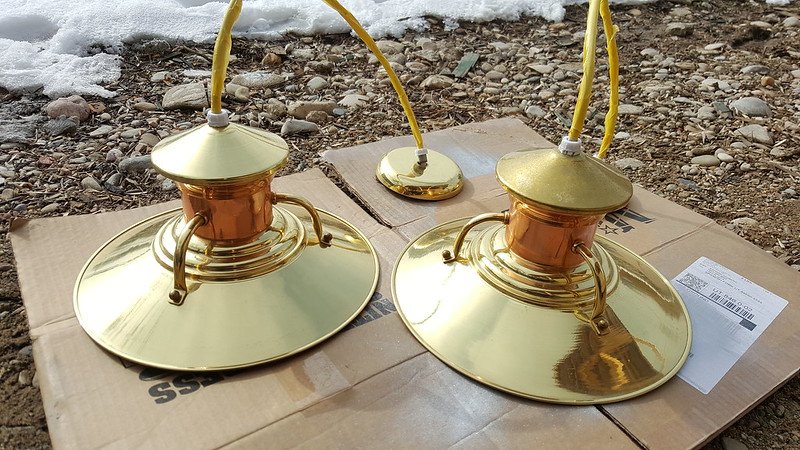 I found these lights at a yard sale for $5.00 a piece.  3 of them, actually.  But I wasn't really into the copper and brass.  So I spray painted them silver. Big surprise.  The underside, however, was kind of this cool brushed gold, and I thought it might look awesome with silver on top and gold underneath, so I left the underside alone. 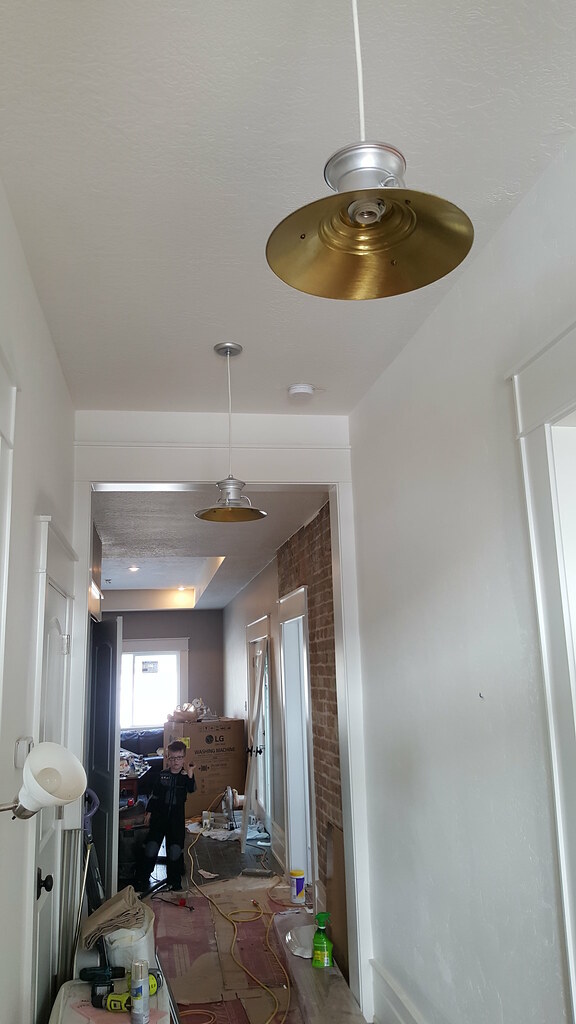 And guess what?  I love it. These are my favorite thing in the house right now, so I give them two thumbs way up!

In other news, I washed dishes in the bathtub today.  It was easier than I thought it would be.  Like washing in a giant sink.  And the tub has only been used once, so I figure there isn't any gross people residue in the tub to contaminate the dishes, right?