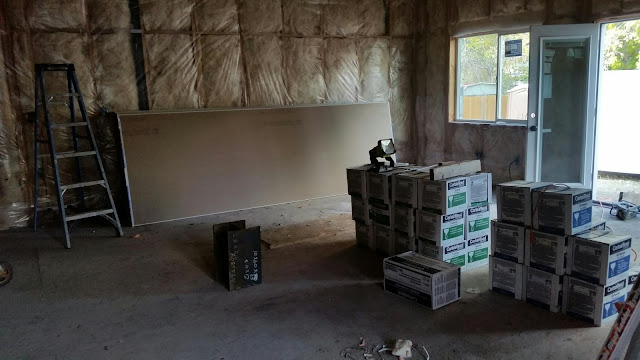 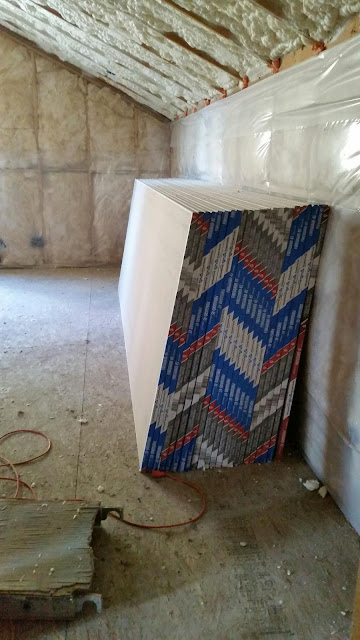 Richard and I spent ALL DAY at our house today finishing up last minute things.  I had to leave at 2:00 but Richard just kept on working.  He kept thinking of things that still needed to be done.  5 minutes ago we thought of one more thing we need to do (we still need to actually attach the bathtub to the walls) but pretty soon if there is anything we have forgotten, it is going to be too late to fix them.  I realized this evening in the shower that I put one row of lights in the kitchen on the wrong side of the ceiling joist.  Which just means they are about 5 inches further to the south than I want them to be.  Not a huge deal unless you are anal.

Which I guess I am.  The knowledge is clawing away at my insides.

When Richard finally got home I told him I was going to go over and move all those lights first thing in the morning and he said, "Um, I think that will be too late.  The drywallers showed up at 3:00 and just about finished the kitchen ceiling before I left."

So I guess that is 5 inches south I am just going to have to live with.  Because, in case you missed it,

THEY STARTED TO PUT UP DRYWALL!

Of all the steps, drywall is by far the most exciting.  It takes so long to get to that point, the waiting is agonizing, but just a short amount of time has such a huge impact.  If I wasn't so stressed out I would be jumping up and down right now.  But I just want to take a nap.

Anyone have space for 4 couches, 2 dressers and a refrigerator?  The builder just told us we will have clear those out of the house because they are now in the way.  Hooray.  I mean, HOORAY!  But also, hooray, ya know?