Yes, we had our inspection.  And yes, we failed.  HOWEVER, all the things he wanted us to change were things he would still be able to see after the insulation is put in, so we got the OK to put in insulation, and he will inspect all the remaining stuff when he comes back to inspect the insulation.

So we are good to go!

Insulation will probably happen in a week or so, so the builder told us it was time to get the rest of our stuff out of the house.  (ie all the tools and plumbing and electrical supplies that had been laying on every available surface for the last 8 months)  We also still had to run the internet wiring.  And thanks to some very, very, VERY nice people, we did it!!

This big ol' mess of blue wires is Cat6 wire from all over the house.  And though it looks like a pile of tangled up blue spaghetti, each group of wires is taped together and labeled so we know which room it came from. 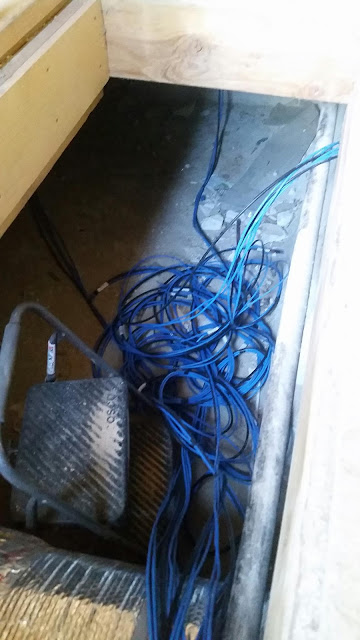 A pile of wires down in the crawl space may not seem like success, but it actually is.  All we have to do is bring those wires up through the floor into the closet that is right above them and our resident networking ninja can attach them to Whatever it is that Internet wire gets attached to.

After all the wiring was done and the stuff was all cleaned up we loaded up our car with all of the stuff we have bought for the house but didn't use:electrical boxes, pex pipe, abs pipe hubs [seriously, a giant tub full of abs pipe joints and elbows and tees] heating ducts and who knows what else, and returned them all to Home Depot. And even though we didn't have reciepts for 80% of it, they took almost all of it back without batting an eye. Wanna guess how much we got back?

Now the only tools and crap laying around the house belong to the builder and are not my problem anymore. 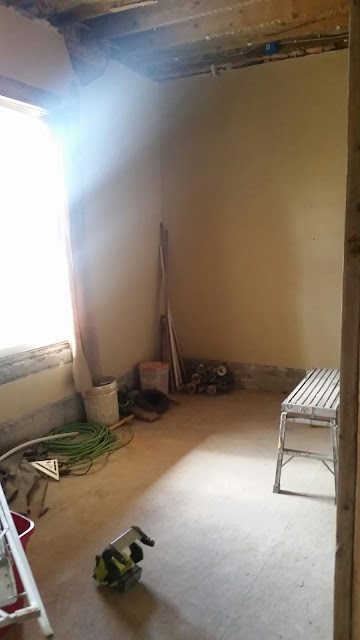 And since my Dad was nice enough to sweep for us, it will actually look a little bit tidy until the builder comes back and messes it back up again. 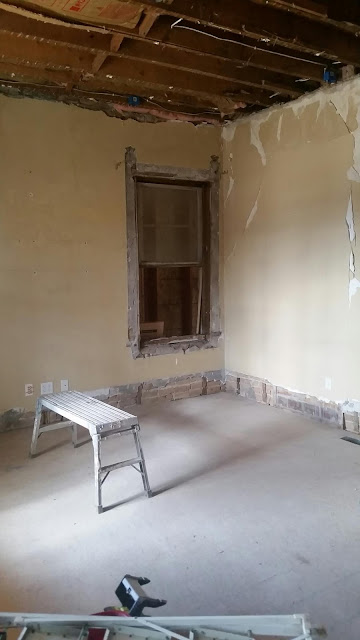 Someday soon there will be so little left for us to do that we can actually do something fun with our KIDS on a Saturday.  What would that be like? 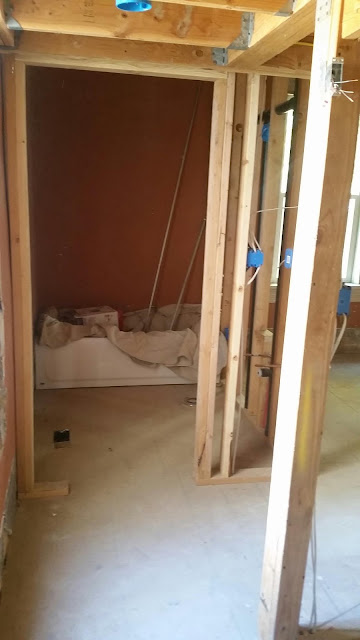