An Exciting Look at Today

Here is what is going on with me right now:

1. Today, now that I've curled it, my hair looks like Steven Tyler's.  The question is, is that a good thing or is it a GREAT thing??

Oh my gosh, it is hilarious.

3. I made a huge batch of Sugar Cookies today to give away for Valentine's Day, based on the recipe that is supposed to be just like Paradise Bakery's Sugar Cookies, and they turn out really not great.  Harrison spit his into the garbage and asked why I made the cookies taste so gross. 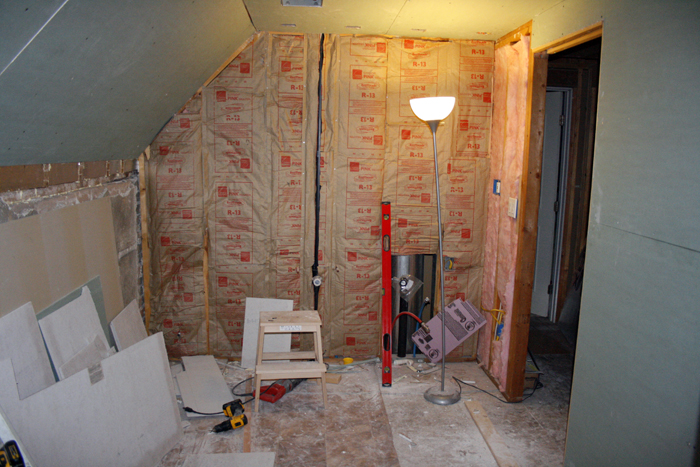 I really kind of wanted the drywall to be DONE last Saturday.  And when we didn't finish on Saturday I thought for SURE I could finish yesterday.  And I didn't.   I am now convinced that we can finish today. It's 8:30 pm, so we still got time, right?

Shepherd's says that our Tile will be in on Thursday, so I was kind of hoping to start installing it this coming Saturday.  But we've got to paint  first and before that we have to mud the walls and before that finish drywalling and we also need to plaster all over the plaster walls to make them smooth and even with the drywall.


So maybe I'm a dreamer.  Whatever.  I get my hopes up and have them crushed on a weekly basis.  All part of the remodeling process.

I know that right now what I should do, to make my dreams a reality, is get up there and cut some more drywall!  But what I think I'm gonna do instead is go veg on the couch for a while, and watch some "How I Met Your Mother".  I hope Future Elesa forgives me.