No News is No News

Nothing to tell.  I know you expected there to be Big News by now, but there is none.  Richard did indeed take the House Plans to the city offices yesterday, but instead of getting to meet with one of the inspectors right then, and having the plans looked over, approved, and an inspection scheduled, the just took the plans from him and said "We'll call you." which I think stinks.  I might just have to be one of those kinds of ladies and call them once a day to see if they've had a chance to look at the plans yet and when they are coming to free me from my 2x4 prison.

I'm a little worried that the plans won't be approved, cuz I made them myself.  Making a cute little house in a blue print program is one thing, but adding in all the wiring and plumbing and HVAC stuff is a  whole 'nuther thing.  I made the plans in a program called "Easy Blueprint" but it didn't include all the the necessary plumbing and electrical symbols, so I had to fake it for some things, and the plumbing stuff I gave up and drew in by hand.  THAT is the one I am really nervous about.  The building inspector is probably sitting in his office right now, looking at my plumbing plans and giggling so hard tears are streaming down his cheeks.

I'd love to show them to you, because I'm sure you could use a good laugh too, but I didn't make a copy.  Here are the plans without all the wiring and pipes and junk. 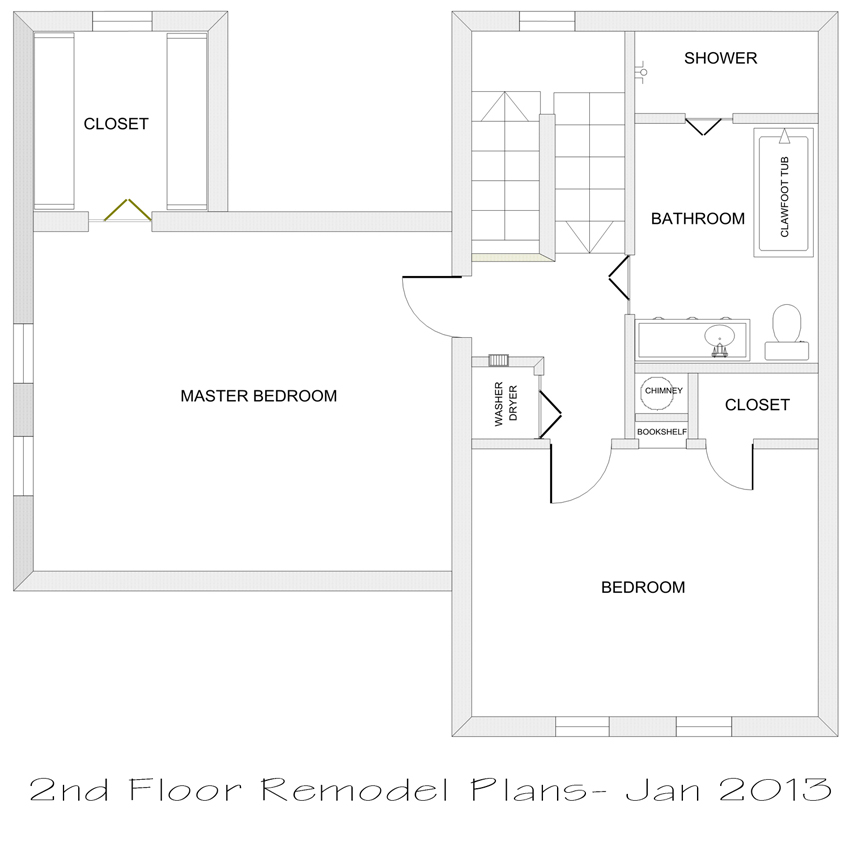 ooh, and just for funsies, I'll show you the blueprints for the house as it was when we bought it.  I'll just have to move a few walls around in the software.  Won't take but a moment. 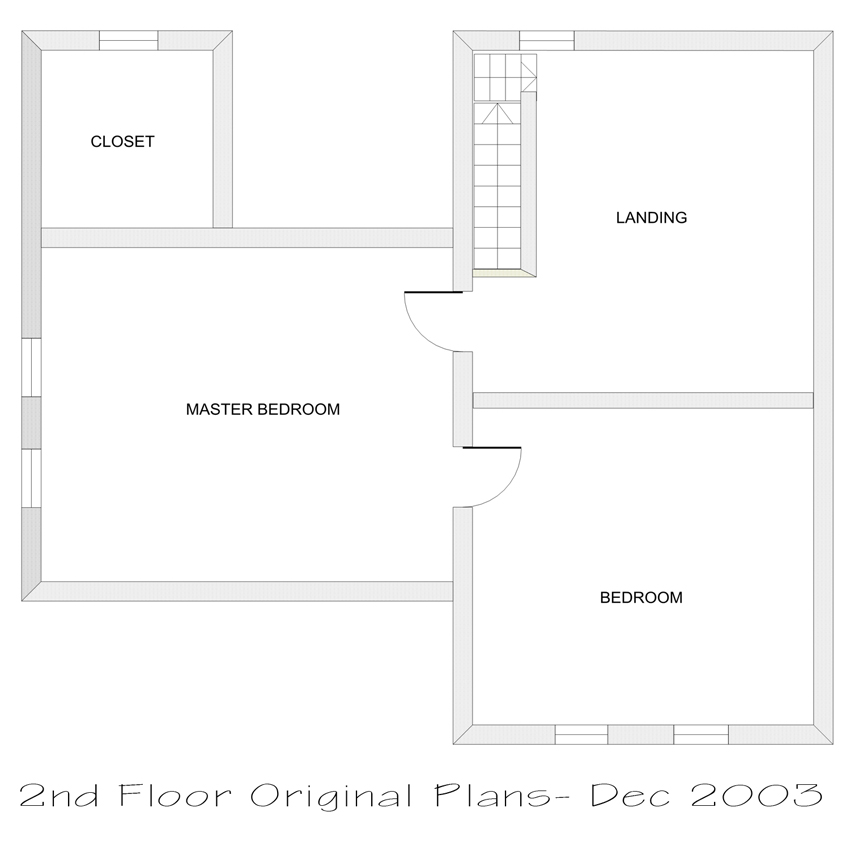 Ah, the old days.  When you had to go through the master bedroom to get to the 2nd bedroom.  I guess hallways hadn't been invented yet.  And according to my drawing, there wasn't a door into closet back in those days.  Thank goodness for the teleporter we had installed!  We had our office out on that landing for a while.  But we knew we wanted a bathroom upstairs, and those skinny steep little stairs were a death trap.  I could touch both walls with my elbows by just spreading my arms a little, so something was going to have to be done.  We knew if we widened and lengthened the stairs the space left wouldn't be big enough for a bedroom but a rather large bathroom might be just the thing.  Someday soon maybe we'll see if we were right.  That is all I got.