Richard called and talked to the permit people.  When he told the lady his situation, she laughed.  She said that she too thought it was a ridiculous fee, but because we hadn't included a valuation of what the project was going to cost us, they had to figure the fee based on the most expensive bathroom remodel they've approved, which I'm guessing was Liberace's.


So we gave them our valuation and the gave us our new fee: $151.06.  Phew.  That is more like it.  That is what I had been expecting. So I paid the fee through their spiffy new online service and requested an inspection and now we have to wait until Monday to see when they can come and inspect.  Will it be next week?  Will it be next month?  Oh, the suspense is killing me!  I may just have to go and pick out some tile to distract me.

I'd sort of like to show you some inspiring bathrooms at this point, but I am hesitant for two reasons

1. I'm afraid to show you my inspiration bathrooms because our bathroom won't look as good and then you'll have something to compare it to and say "Well, they tried."
2. I don't actually get to decide what the bathroom looks like.  It usually feels like women who are remodeling their homes and blogging about it can do whatever they want and their husband neither gets a say or even has any idea that the remodeling is happening.  That is not the case with me.  My husband cares.  He has his own opinions.  And I can fall in love with pictures of bathrooms until the cows come home, but in the end we have to pick stuff we agree on which TAKES FOREVER.
3. I talk too much.  Irrelevant, but somebody had to say it.

But who cares!  I'll show you some pictures anyway!  Beautiful bathrooms for your Saturday!  I saved these pictures before I ever signed up for pinterest, so I don't know where they came from.   I am very sorry.

I'd always thought that I preferred a modern decor style, but after looking at thousands of pictures, I realized I was wrong.  I prefer something more traditional, a little contemporary, and a little bit glam. 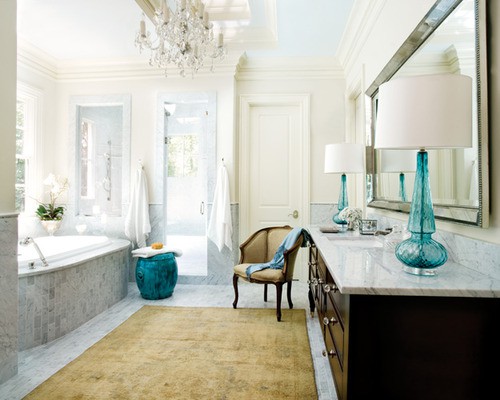 See?  Gorgeous.  I LOVE that bathroom.  But it would be pretty impractical with two little kids who excel at destroying things. 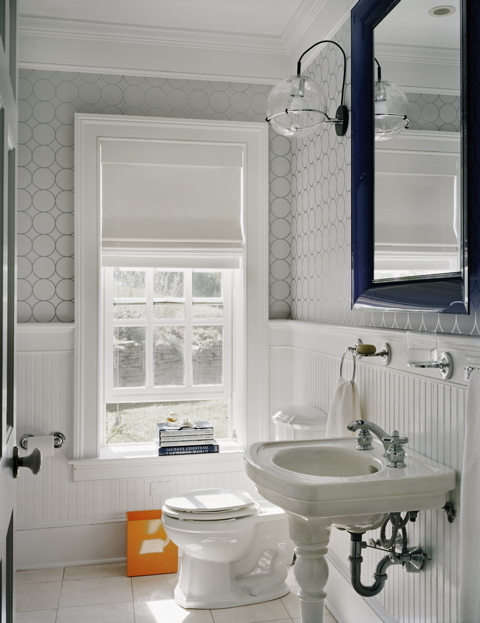