Oh what do we do in the Autumn Time?

Each day Colin picks a few little toys or other odds and ends that he carries around with him all day.  he has to set everything down to be able to do anything, but he'll always pick them up again as soon as his hands are free.  Yesterday it was a little wooden hammer and a rock.  The day before that was a little Batman, a domino and an old key.    Earlier this week he carried around with him a big plastic toy chainsaw that was Richard's when he was a kid.  He calls it his knife.  Today it is a penny, an old calculator of Richards, a little toy plane that makes noises and a magnetic R.  It is more than his little hands will hold, so he's been carrying them around in a Bob the Builder hard hat.

Harrison has started telling jokes.  Here are a few of the best:
"What did the Cow say to the Chicken?  How you doing on the eggs?"
"What did the dog say to the chicken?  Want to play Hide and Go Chicken seek?"

Lately he's been telling knock knock jokes, which are mostly just nonsense
"Knock, knock."
"Who's there?"
"Me"
"Me who?"
"Me you are who?"


On Monday we went out for our Annual Halloween Farm Night.  Here are the pics: 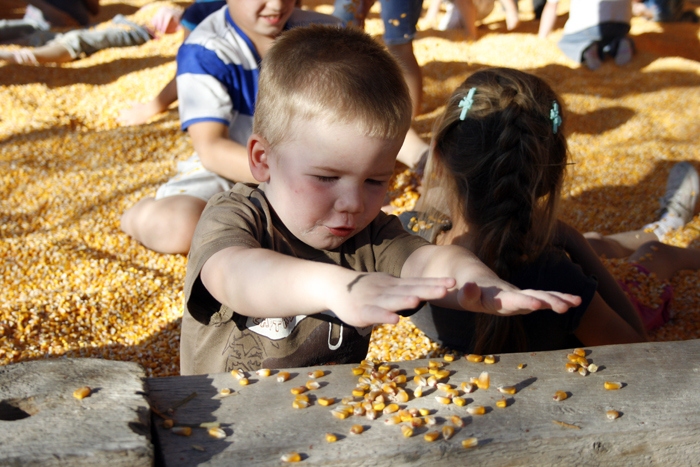 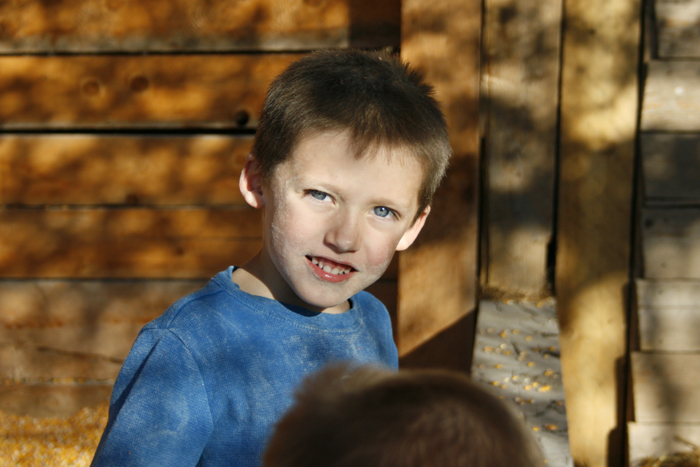 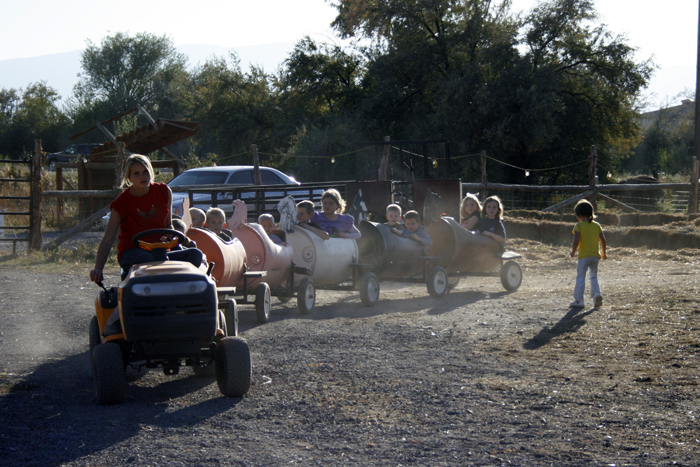 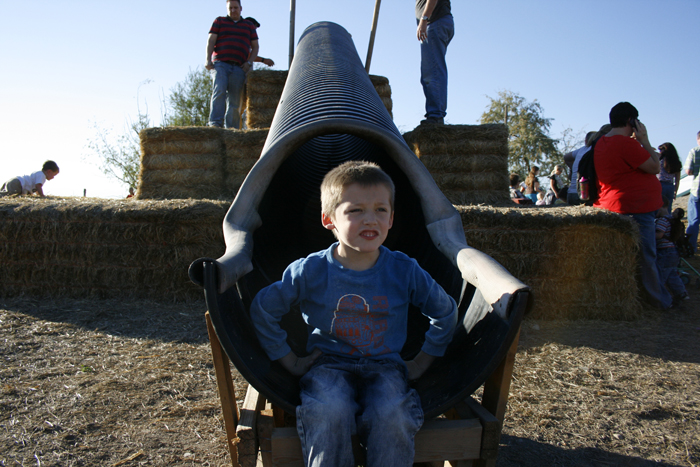 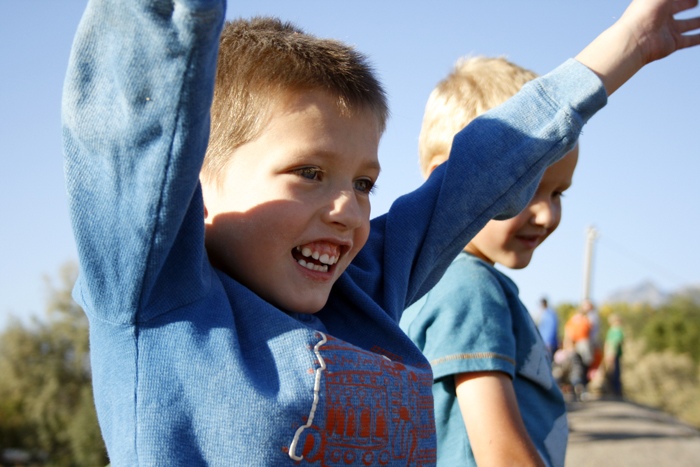 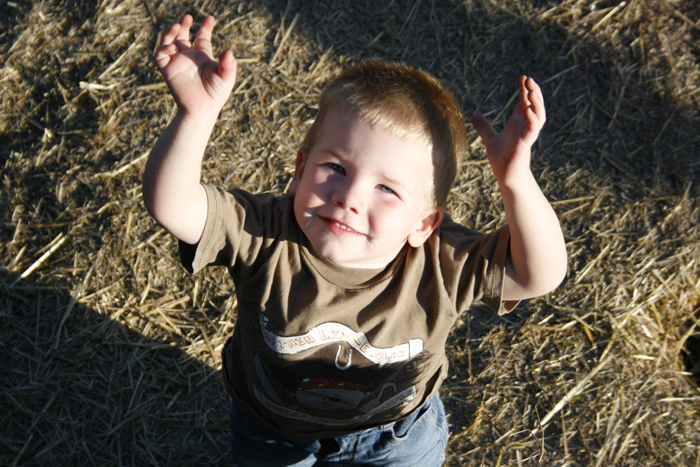 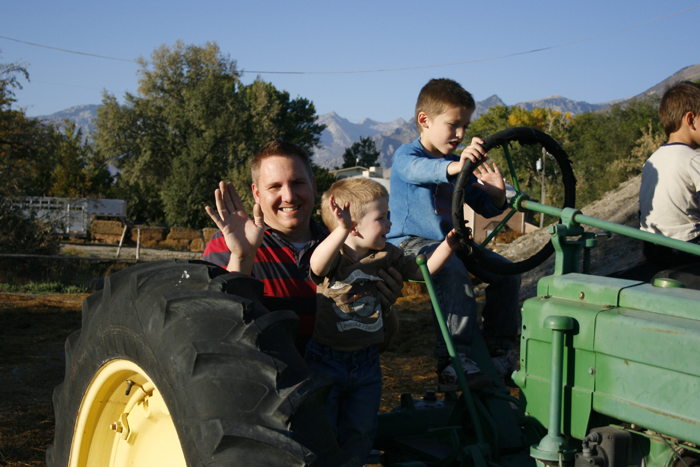 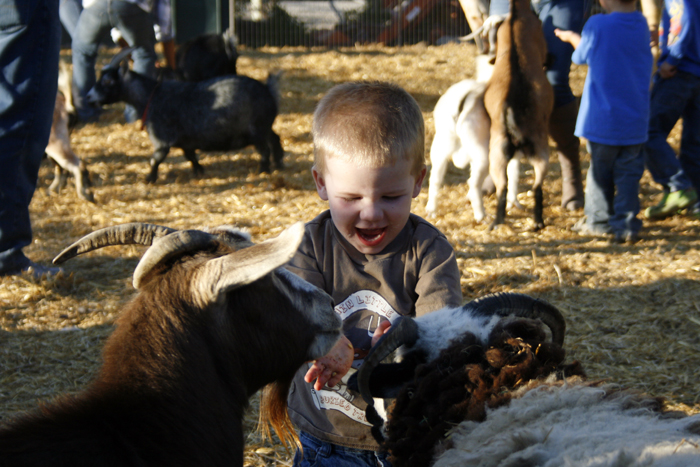 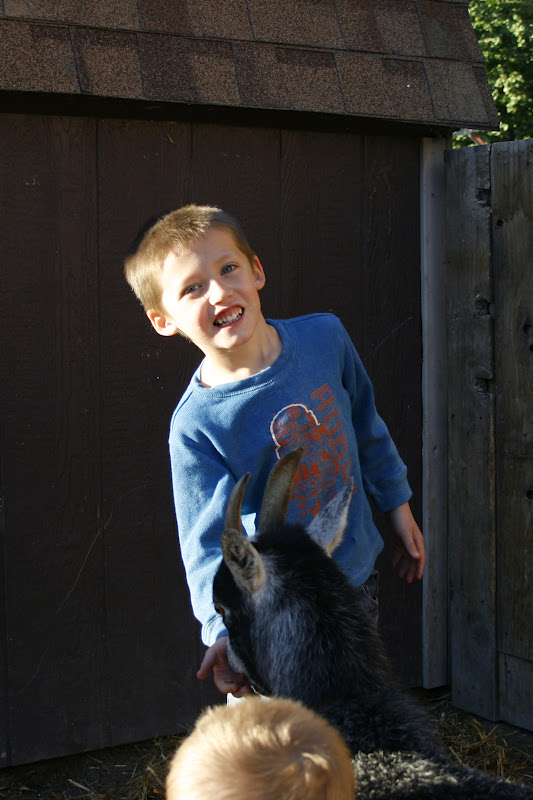 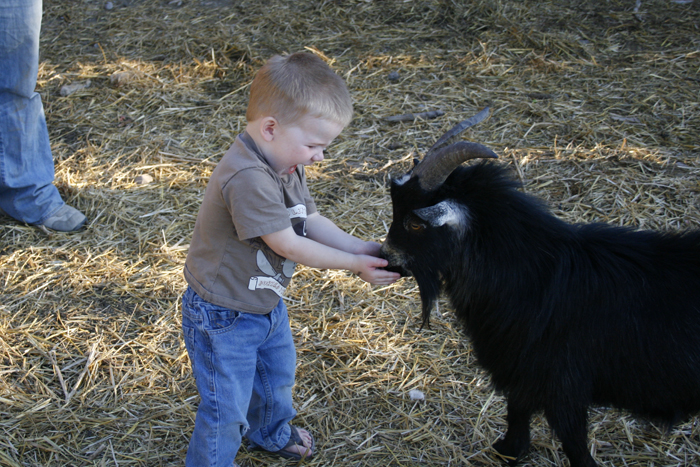 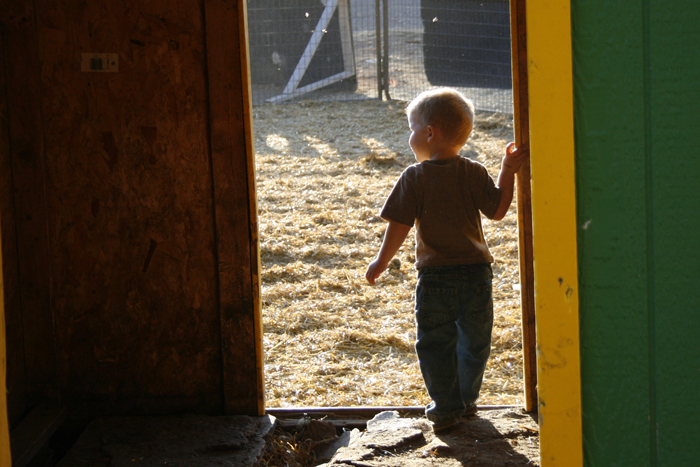 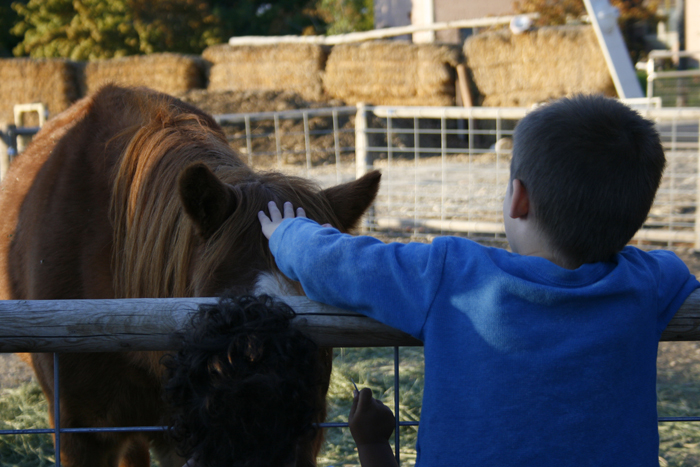 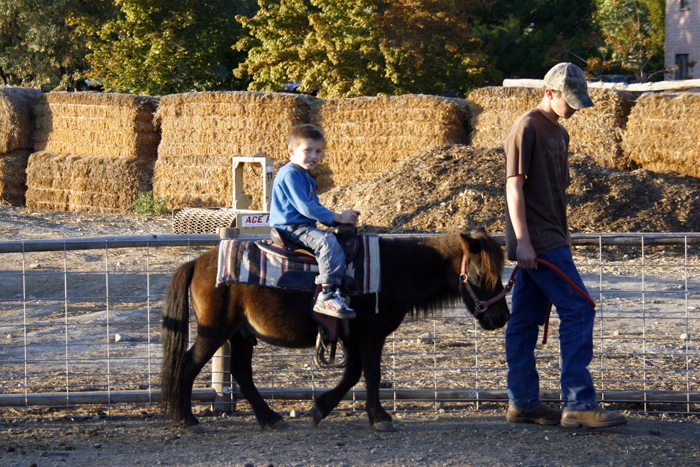 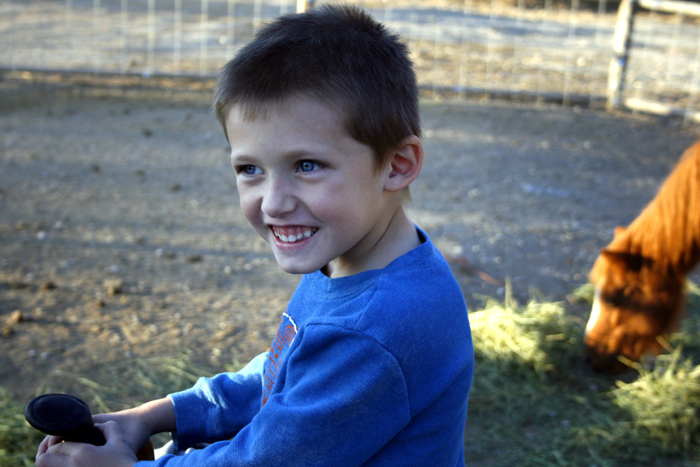 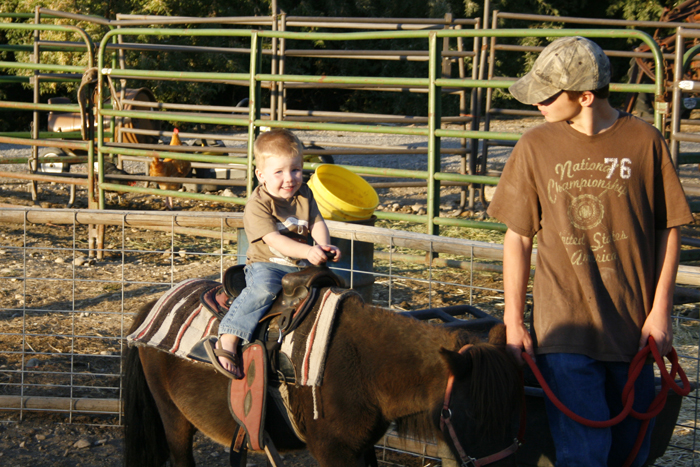 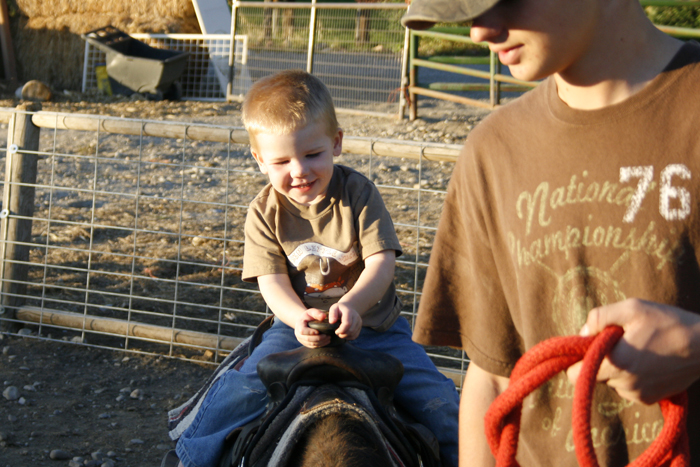 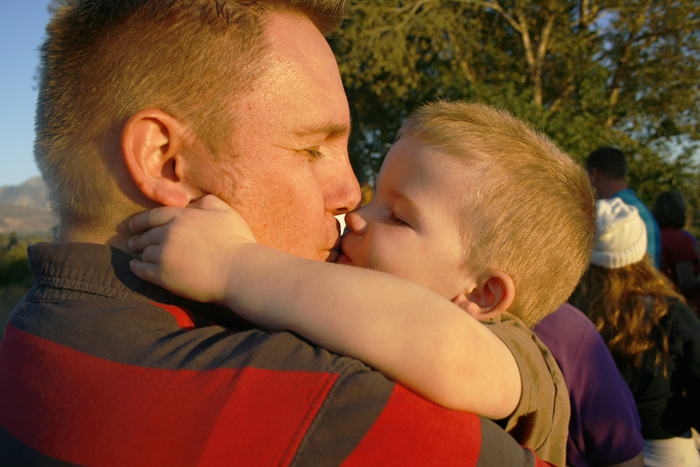 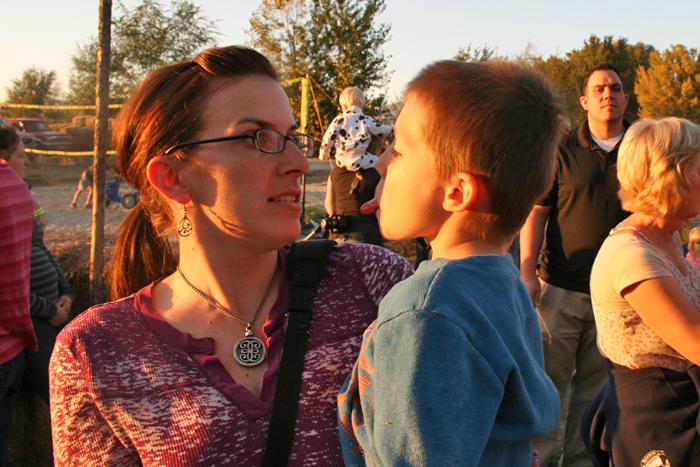 That picture was supposed to be cute like the one of Richard and Colin. 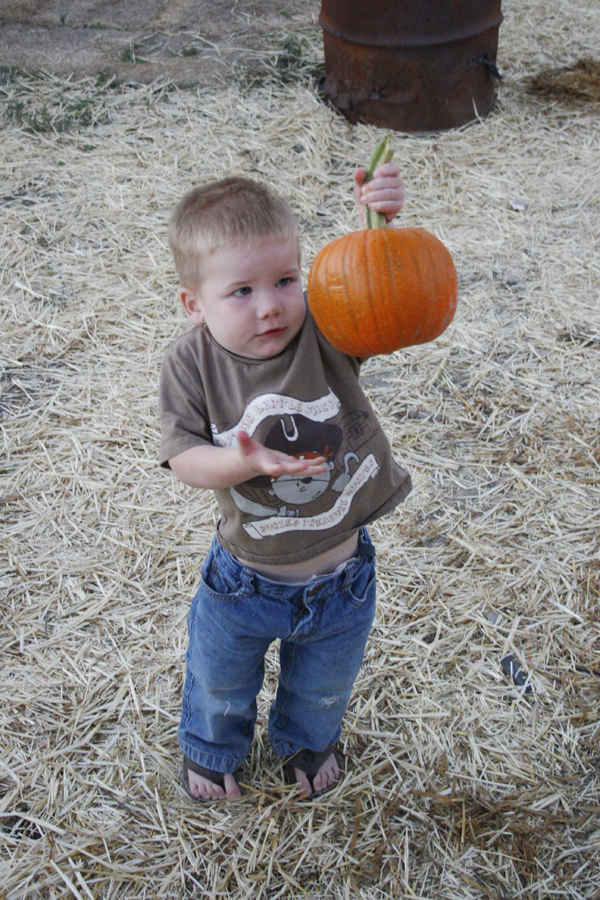 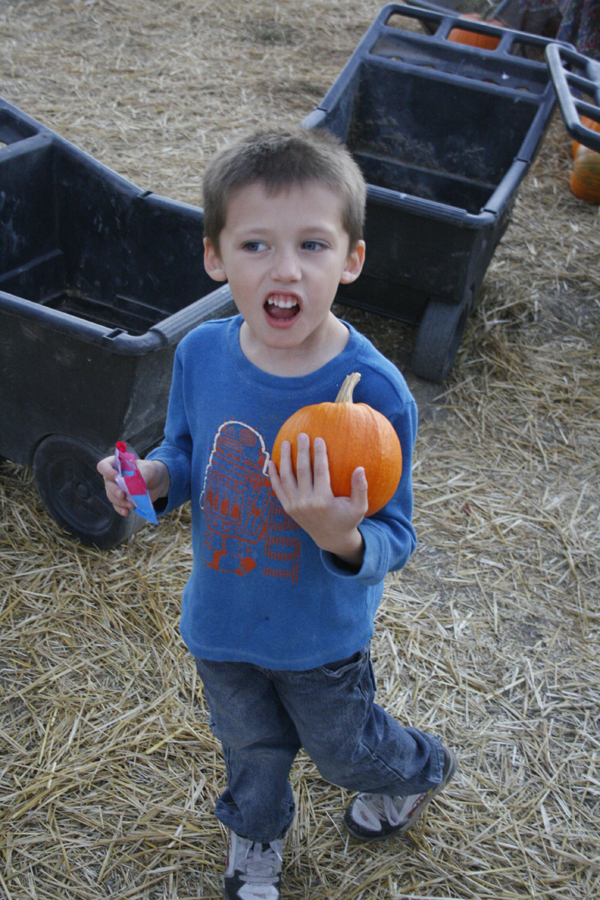