Words from my brain and Pictures from June and July

First, I should just tell you what my boys are up to.  If I can remember.  It is 12:30 am and my brain doesn't work so good, but this is the only time I have to do this.

Colin at 2 is very much the same as he was at 6 months, only louder, more opinionated, and more capable of getting into every single thing in the world.  He is crazy independent.  He wants to do everything himself.  With no help.  But most things he Just Can't Do, so he is wildly frustrated most of the time.  Watching him frantically pull at the buttons on his shirt is so sad and cute.  His determination pays off though.  He has about got dressing himself figured out, as long as no buttons or snaps are involved and you don't care if things are on backward or not.

But at the same time he is so helpful.  Oh, he wants to help with everything.  And he will do just about anything I can think of to ask him:
Throw this away for me
Please close the door.
Take this cup to the sink
Put your shoes away

His head is huge!  It's like an orange on a toothpick.  It is like 3 times the size of the rest of his body!  I know that doesn't sound right, but I stand by my math.  He really does fall down a lot.  Because he is a dare devil, because he is not too inclined to learn from his mistakes, and because his noggin is ginormous!

One of his favorite games lately his to play Peek-A-Boo.  He hides behind something, then jumps out and says "Peek-A-Boo!".  When I scream like I am terrified (because, I assure you, I am.) he says "Me!"  Which is to say, "Don't be scared mom.  Its just me!"  We do it over and over.

ALSO, he has moved out of his crib and into a regular sized bed.  Getting him to stay in it at bed time is a challenge, but it is only day 3, so I have a lot of hope for the future.


Harrison is... so Harrisony.  He is still determined to pick out his own clothes, but is slightly more willing to vary his wardrobe lately.  Not based on my suggestions, just based on what is in his drawer.  As long as I don't interfere, he does ok.  He prefers long sleeve shirts and long pants no matter the weather, but if they are all dirty, he will deign to wear a short sleeve shirt from time to time.  He also wears socks.  Constantly.  He goes through them at a mad pace.  It is a little hard to keep up with him.

He constantly says things that surprise me, and I've got to start writing them down because they are just too awesome.   The other day at the grocery store when he got a free sucker he stopped to ask me if it was Gluten Free.  Today he was playing legos with no shirt on.  And he built a Shrinkinator (his words).  He aimed it at me and said
"My name Doctor Naked Top (that a evil name) and I going to make you tiny!"


Ok, here are some pictures, because after reading all of that, you've earned it.

My favorite shoes of Colin's.  Mostly because he can't take them off.  He goes through about a pair of shoes a month normally, because he always takes one off and chucks it whenever we are away from home. 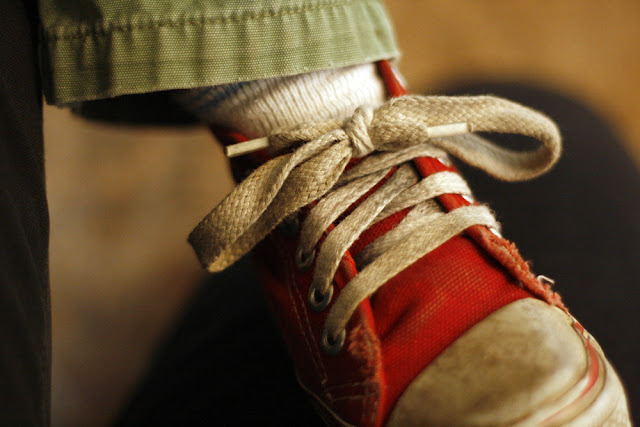 Harrison at his Preschool Graduation. 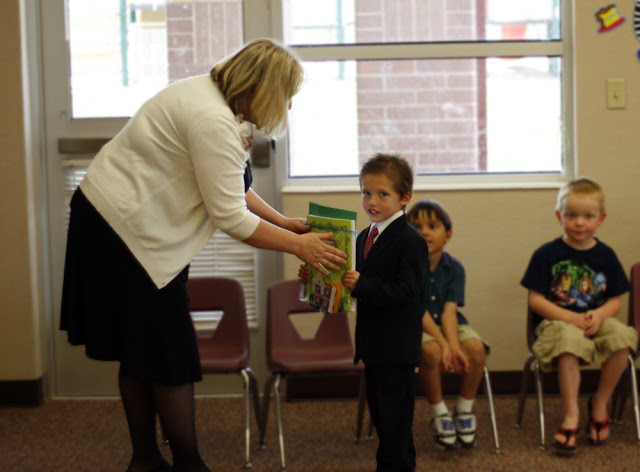 At Chuck E. Cheese with Jenn. 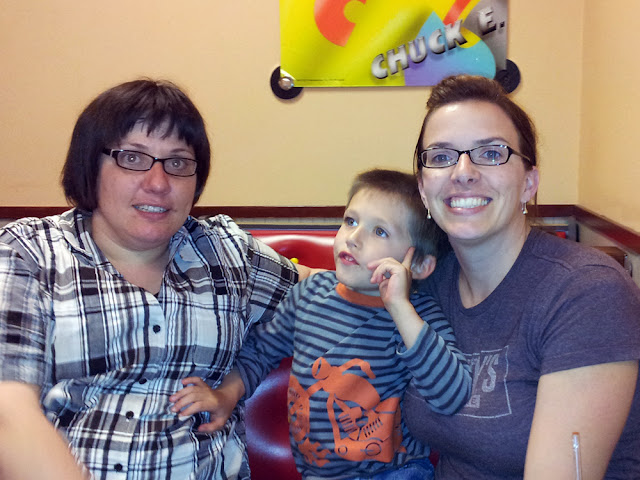 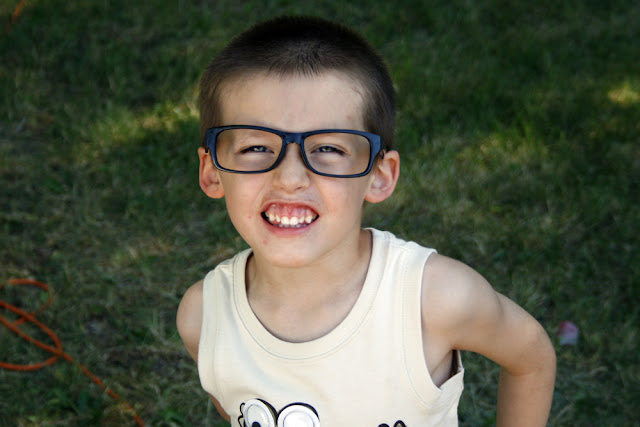 Another original outfit by Harrison 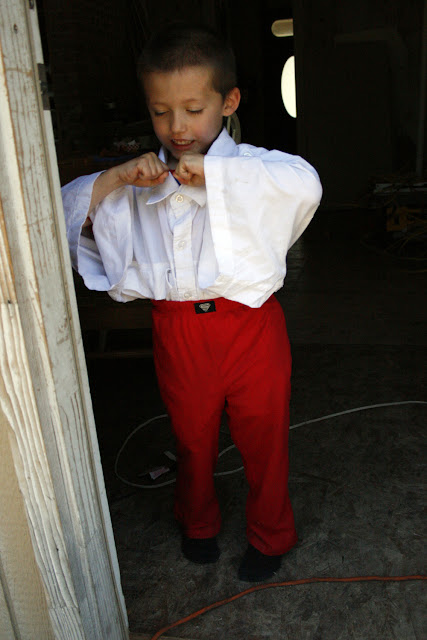 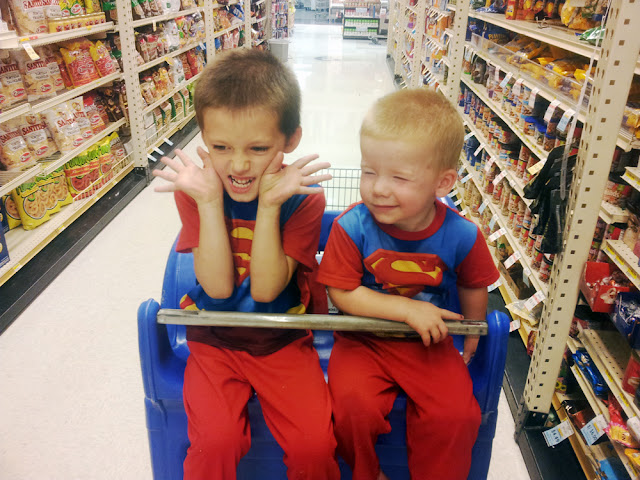