Time to catch up again, and I figure I'll just do it a bit at a time.  No need to overload your circuits!

After the Annual April Snow Storm (on 4/5/12), I bundled the boys up and we went out in the snow: 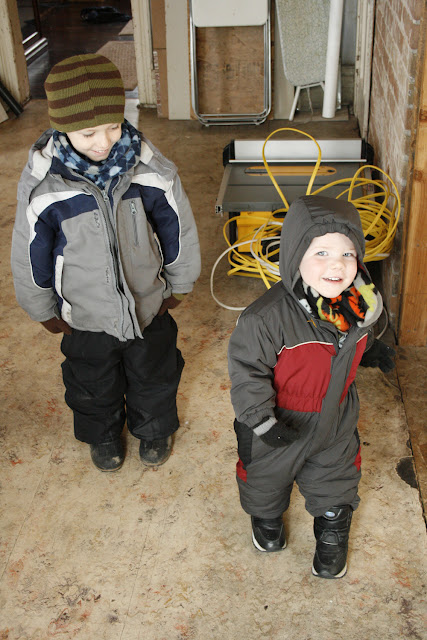 We ran around and made snow angels and ate snow and threw snow and had a freezing good time.  Then we built a snowman. 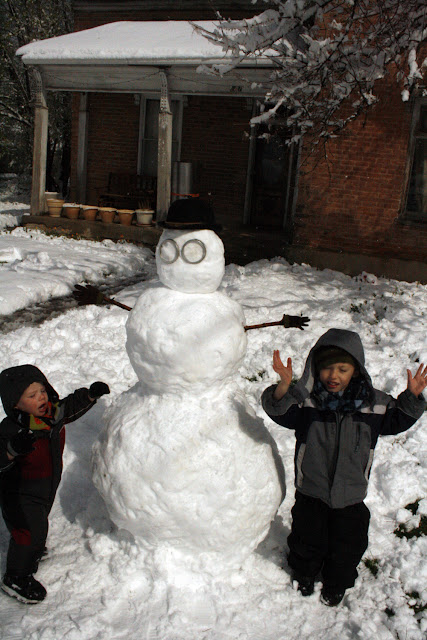 Ok.  Me.  I built a snow man.  And I did it as fast as I could because they really wanted to knock it down.  You can see Harrison gave up his gloves so that the snowman's hands wouldn't be cold.  Which made the snowman happy 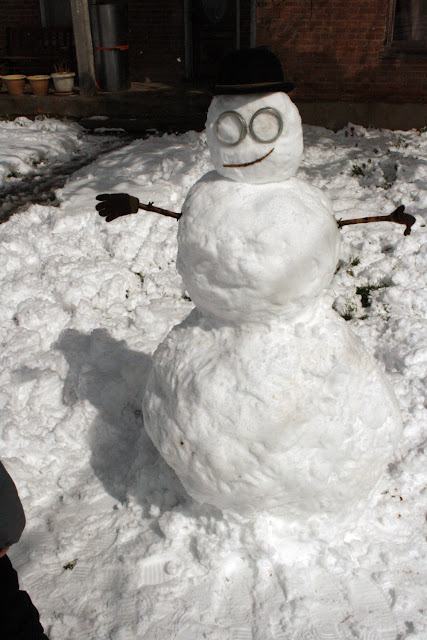 A few days later was warm and sunny so we headed out to Utah Lake.

Here is Richard throwing a rock into the water.  It is the cutest thing. 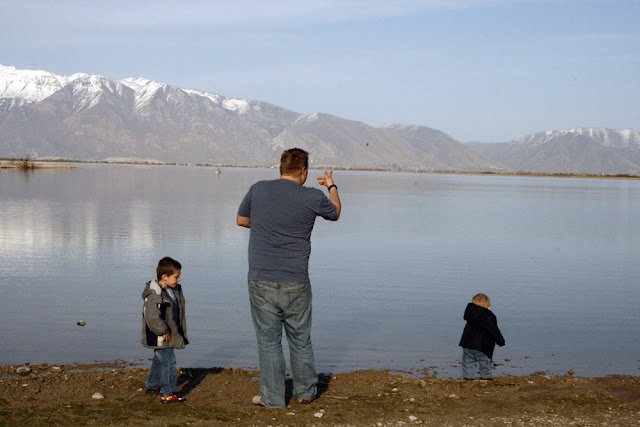 And that is all for now.  Over and Out!
Labels: Family