First was the petting farm.  Harrison had those goats eating right out of his hands. 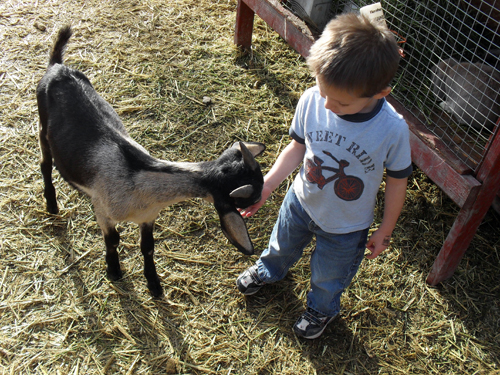 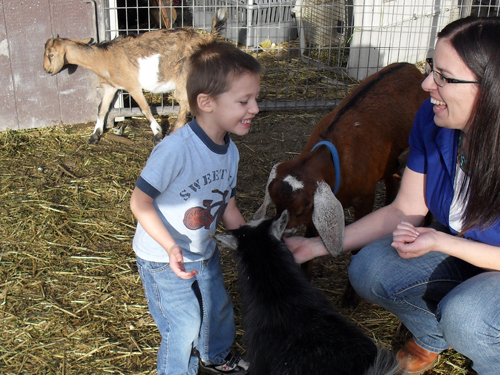 and Colin had them eating right out of his face 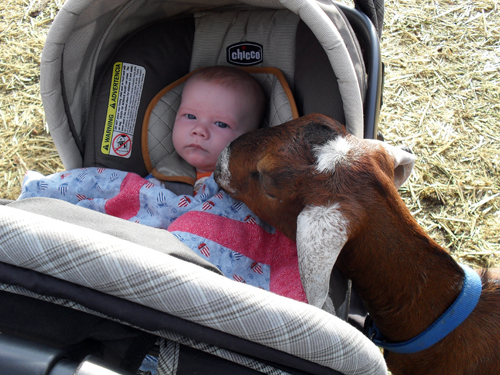 Harrison tried for a good 5 minutes to feed this pig, but he would have none of it. 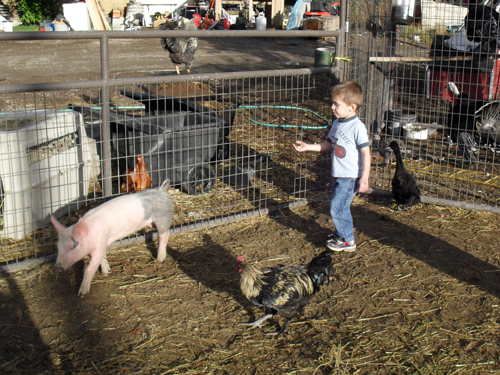 So now we know: Goats are better than pigs.  It is nice to have THAT debate finally settled.


I had Colin in the baby carrier and tried to take a picture of the two of us together, but it really wasn't working out. 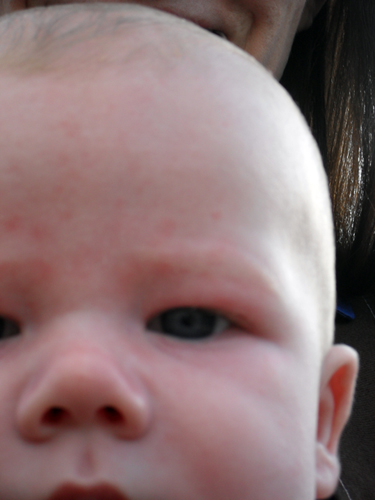 Darn these stubby arms of mine.  I finally gave up, and using my mind I levitated the camera out in front of me to get the shot. 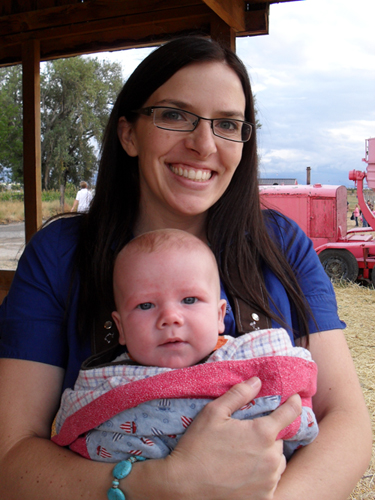 There!  Don't know why I didn't do that in the first place.

Later on, Colin turned into a farmer.  That can happen sometimes. 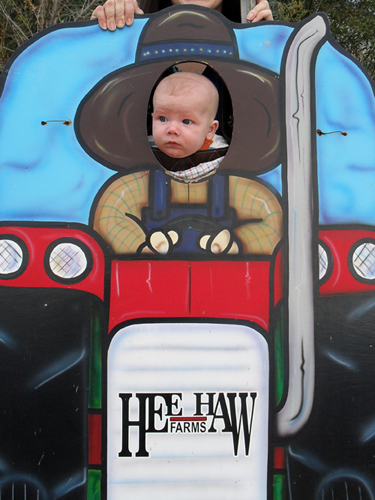 We did a  little of this: 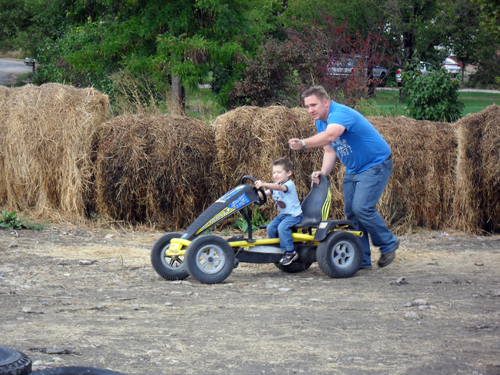 and a little of that: 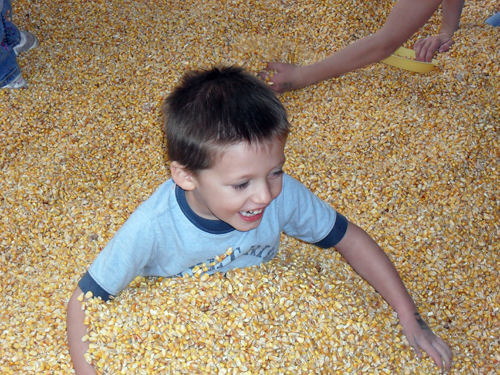 and then to top it all off we went on a hay ride and snapped this family picture, 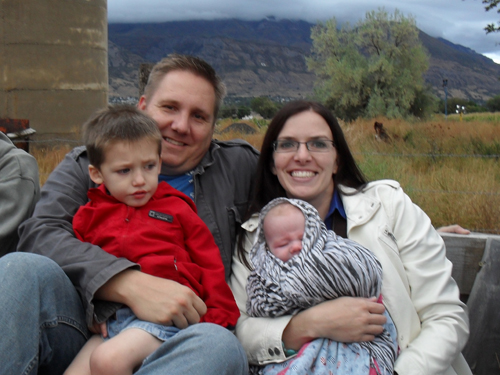 which just proves that the children were having a swell time.  If you are wondering why Harrison is wearing shorts when it was clearly so cold outside, it is simply because he had TWO accidents while we were there, and the shorts were the only thing we had left. So, pretty standard evening. The end!
Labels: Family