Harrison Loves to Dress Up

Last month he wore this every single day: 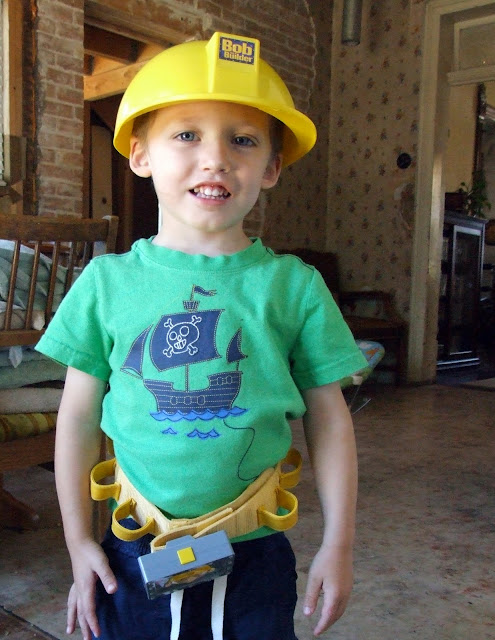 which turned him into Bob the Builder.

This month he is Sheriff Woody: 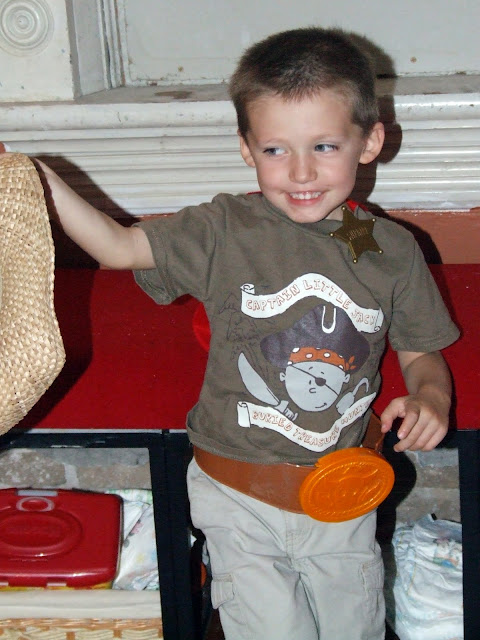 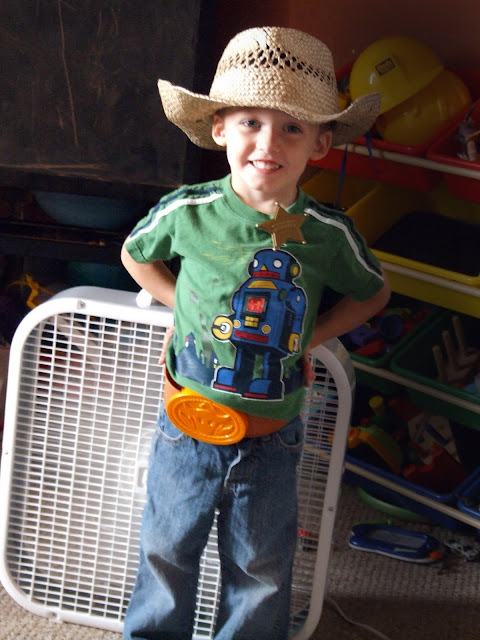 Sometimes we get a mix: 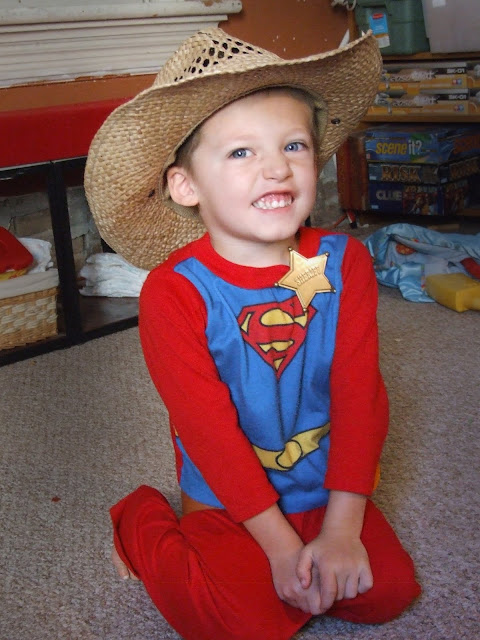 which gets tricky because you have to call him the right thing, and it is hard to tell which thing he wants to be. 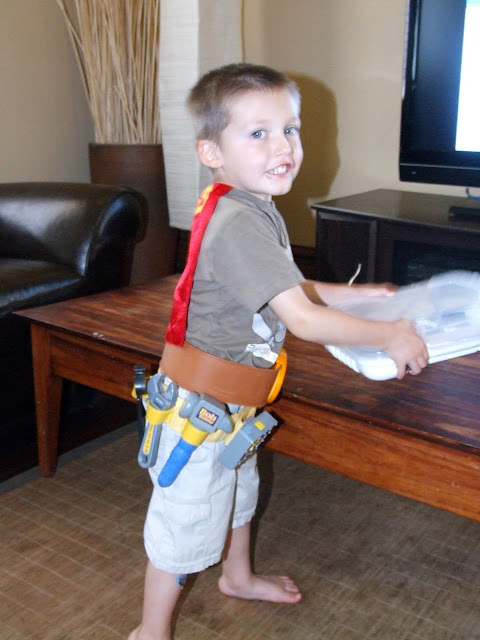 Yesterday he was wearing his Bob the Builder belt, his Woody belt, his Superman cape, carrying his doctor's kit, and wearing a Spiderman bandaid.  You gotta admit, that boy sure knows how to accessorize!

And today, for some reason, everytime I asked him to do something he would salute and said "Yes, sir."
How great is this kid?
Labels: Family