One of the best things about being a mom is being able to say things like:
"You are going to have to use your fork if you can't stop putting mashed potatoes in your ears."
In what other social interactions do you get to say stuff like that to people?

I usually stay in Harrison's bedroom with him until he is alseep. I probably shouldn't. He's old enough to fall asleep on his own and he probably needs to, but it means I get to sit quietly in a comfy chair and read while he's dozing off. And it is often so much easier to read until he is asleep than try to convince him it is ok if I leave.

Sometimes he lets me leave if I sing to him, so I figured I would give that a try tonight. I sat down next to his bed, tucked him all nicely in and said "Do you want me to sing you a song?"

His tiny little hand reached up and I thought he was going to lovingly pat my cheek to say yes, so I started to ask what song he wanted when I suddenly realized he wasn't patting my cheek, he was covering my mouth. If that isn't a clear answer I don't know what is. A "No, thank you" would have been sufficient. Is that why he lets me leave after I sing? just to shut me up?

I made bread today. The very first time I have ever made bread all by myself. And I learned a few things. 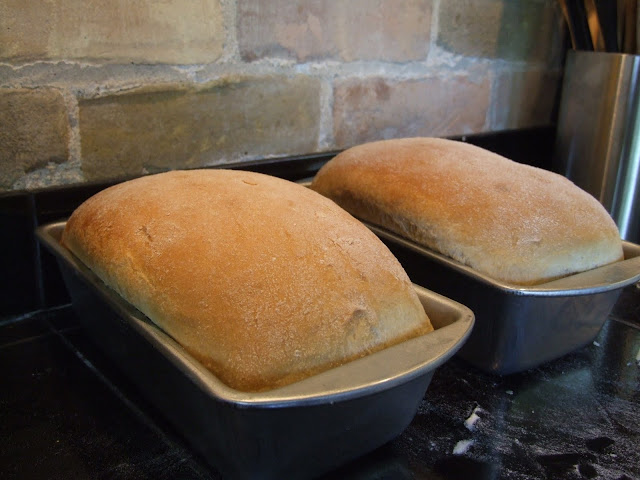