I know.I would apologize, but that is sort of like apologizing to my diary for not writing often enough, so let's just move on.

OK, let's take stock of the house and just see where we are? 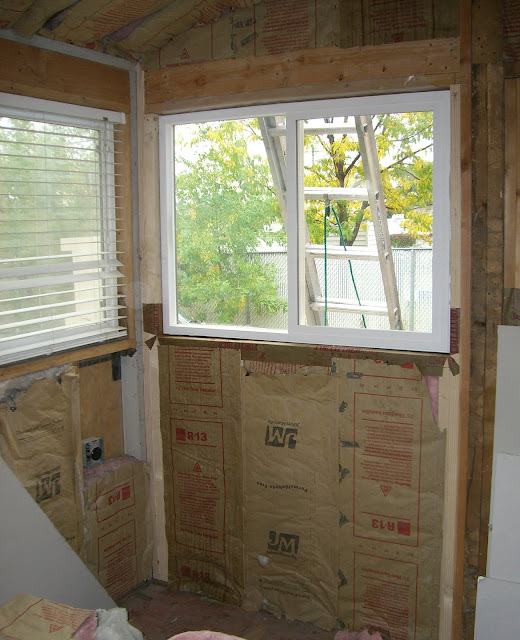 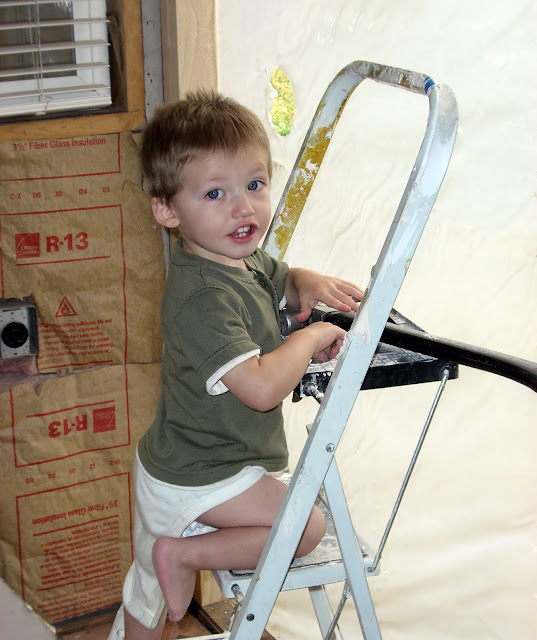 Then we finally got back to the crawl space. We got it all dug out the summer of 2007, but didn't get back to it until the fall of '08. Richard had to do so much stuff down there. I couldn't even begin to tell you what. Cuz I don't really know. All I know is he spent every Saturday crawling around under the house and having himself a real swell time/hating life.

When it was ready for cement, Richard wheeled the gravel in by the wheel barrel full, pushed it up a ramp and dumped it through the window. So here it is, all gravel-covered: 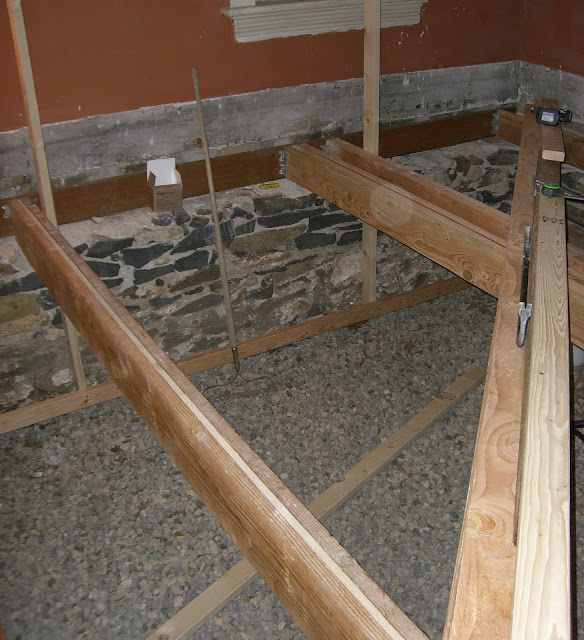 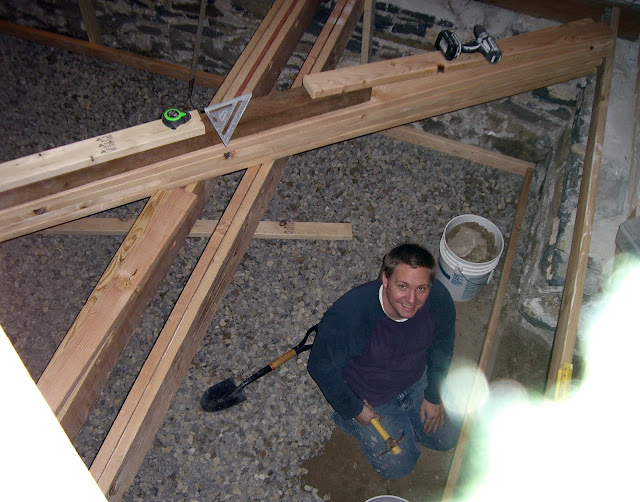 Then we covered it with plastic and on Dec. 23rd we rented a cement mixer and poured cement in the crawl space by the shovel full. Good times. So here it is. Richard sealed the walls and then cemented them too. In this picture the floor has been put down in the room above and everything. 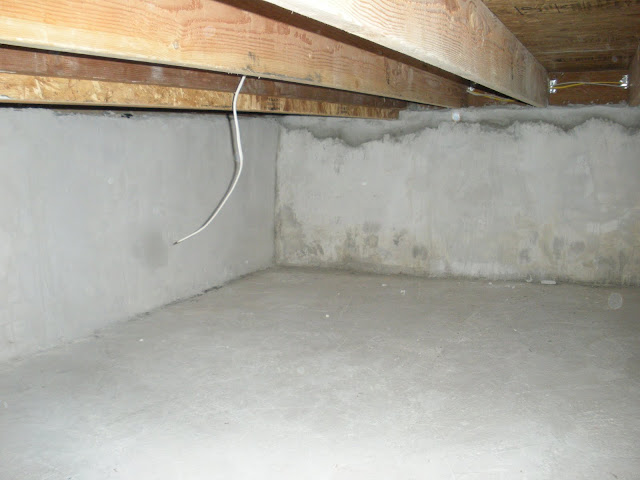