For a while now we have been talking about building a new shed. The one we have right now is an aluminum shed that came out of a box. It has served us for 5 years. We put it up at night, in the pouring rain. I guess we were pretty desperate for a little storage space.
But we have out grown it. I wish I had taken a picture of it before. It was full to bursting. Holding the two mantles we pulled out of the house, a few huge bags of insulation, and a million other odd items.

Saturday, we decided it was time to clean the Shed out. And, in doing so, decide once and for all if we needed a new one. So we pulled everything out of it and separated it into categories: 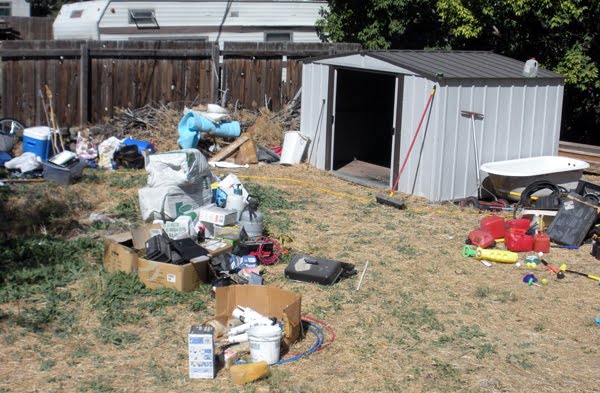 Boy, this picture just doesn't do it justice. There was so much crap in there! And we got rid of quite a bit, but there was still all of this left.

Like this pile of gas-cans for instance. They say you can never have too many. 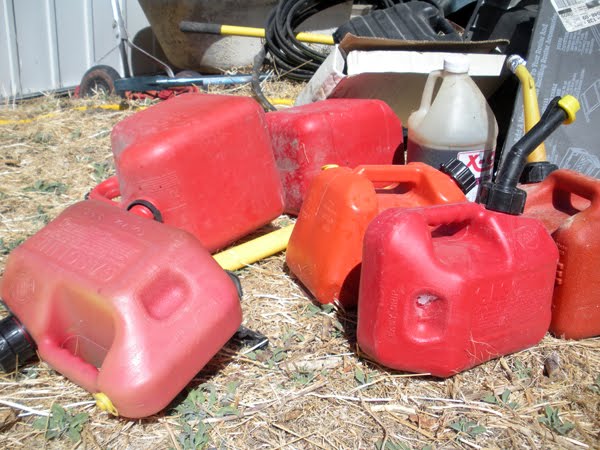 I'm not sure it is true though. They seem to be multiplying!

Here we have a pile of automotive bric-a-brac. Can I use that word when I'm talking about car stuff? I think the car lovers of the world might object. But too bad. I'm not even sure what most of this stuff is. 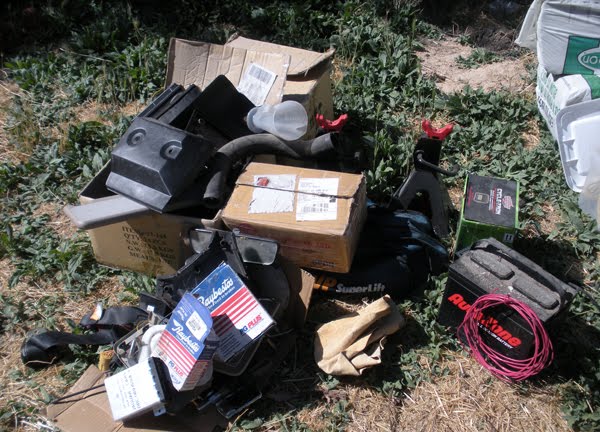 Then we have this: 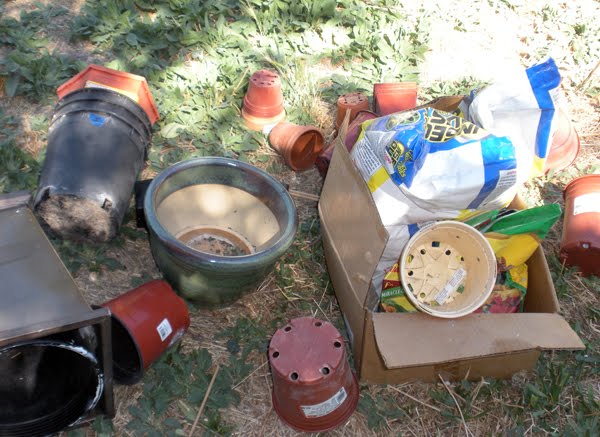 Gee, do you think I have enough pots there?

And finally, some camping stuff. The one pile of crap that we actually use. Good for us! 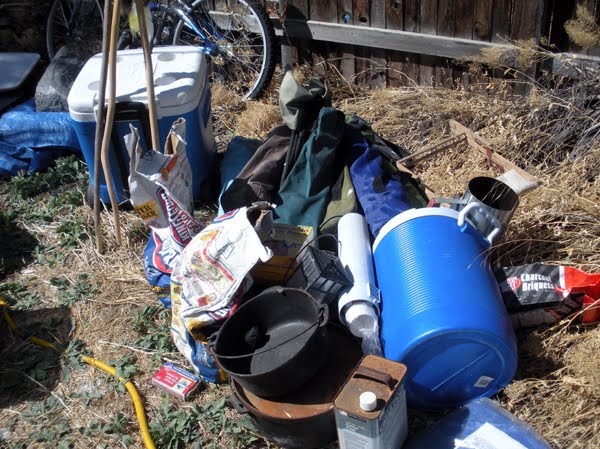 Of course, that isn't everything, but you more than get the idea. We pulled all the stuff out of the shed and spread it all over the yard, grateful that it was such a sunny, cloudless day, so that we could leave it all out there for a while.

Then Richard hoisted the tin shed up on his massive forearms, and carried it across the yard. We want to build the new shed right where the old one was. The new one is going to be twice as big, and tall enough to stand up in. I'm pretty excited.
Labels: Remodeling